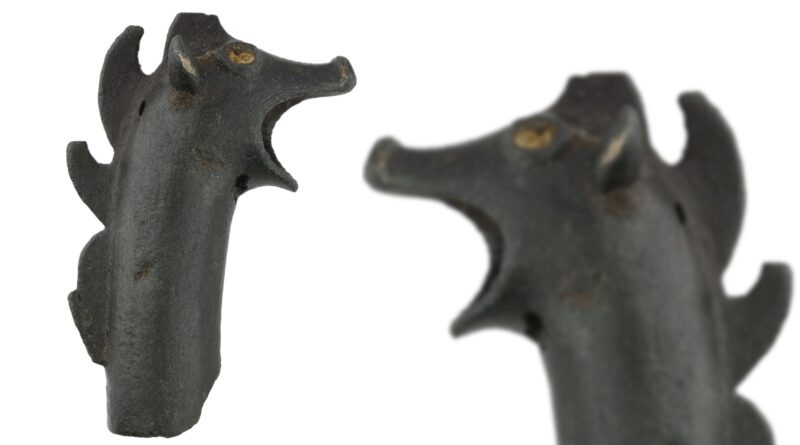 A rare Celtic war trumpet, otherwise known as a Carnyx, dating from the 1st Century AD – which would have been used in battle and ceremonies as lip-reed instruments – is to offered by London auction house Dix Noonan Webb in their Coins, Historical Medals and Antiquities on December 1 and 2, 2021. 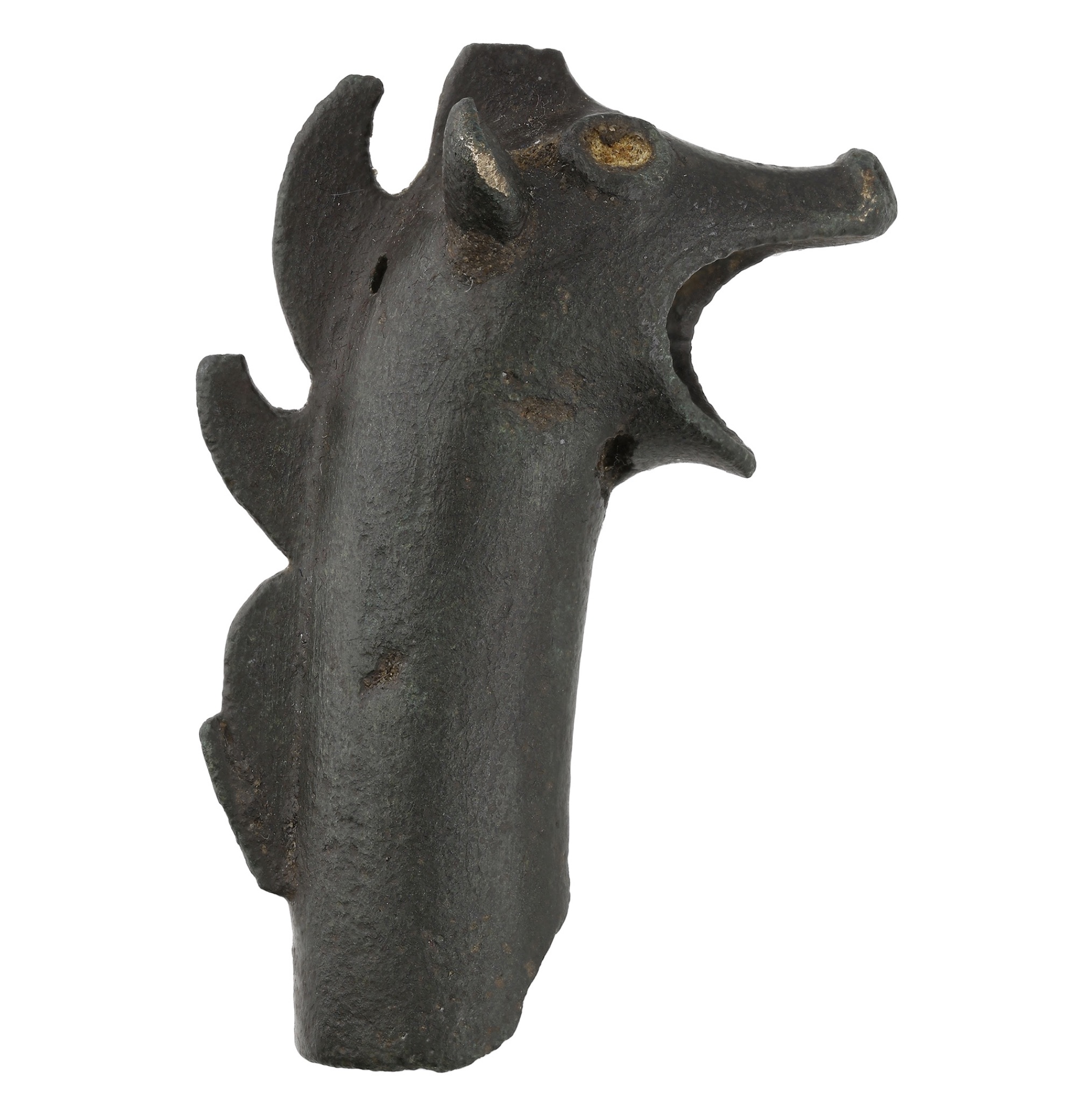 Estimated to fetch £2,000-3,000, it was discovered five years ago when Ivan Bailey was fixing the fencing around a grassy field at Bardwell in Suffolk, and the landowner let him search the field with a metal detector. After finding just cartridge cases, Ivan, who has been metal detecting for 30 years and was using a XP Deus,  got a signal and dug down eight inches, where he found the bronze trumpet in a lump of clay. He took it to the Museum in Bury St Edmunds, where it was recorded as a find of note and they said it had a striking resemblance to a Carnyx or war trumpet except it was much smaller.

Ivan, who is now 60, has been building fences since he was 14 and even fixes the fences at Sandringham on the royal estate and met the Queen at her Golden Jubilee Party. He will share the proceeds equally with the landowner.

As Nigel Mills, Consultant (Artefacts and Antiquities) at Dix Noona Webb, explained: “The miniature trumpet which dates from the 1st century AD has a hollow slightly curved shaft with a snarling boar’s head at the summit with a wide open mouth projecting forwards and a series of curving crests along its back. There is a small opening behind the head which could have been for attachment of a wooden tongue.”