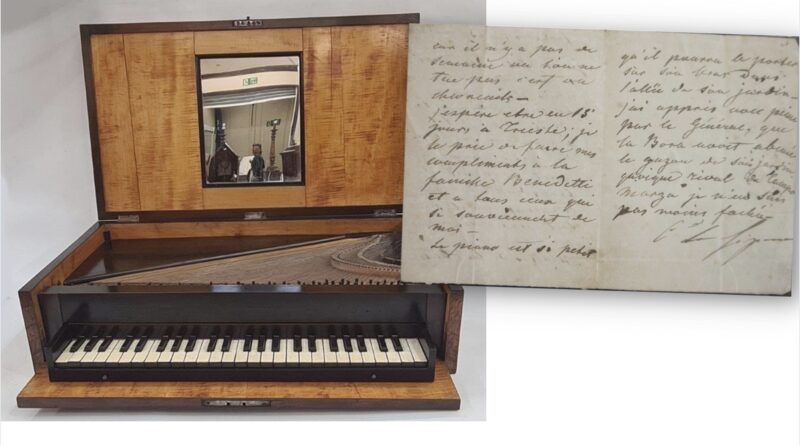 A rare and beautiful figured wood and satinwood lined spinet gifted by Caroline Murat, Queen of Naples (1782-1839), is coming up for sale in the Cheltenham Christmas Auction on December 14 at The Cotswold Auction Company. 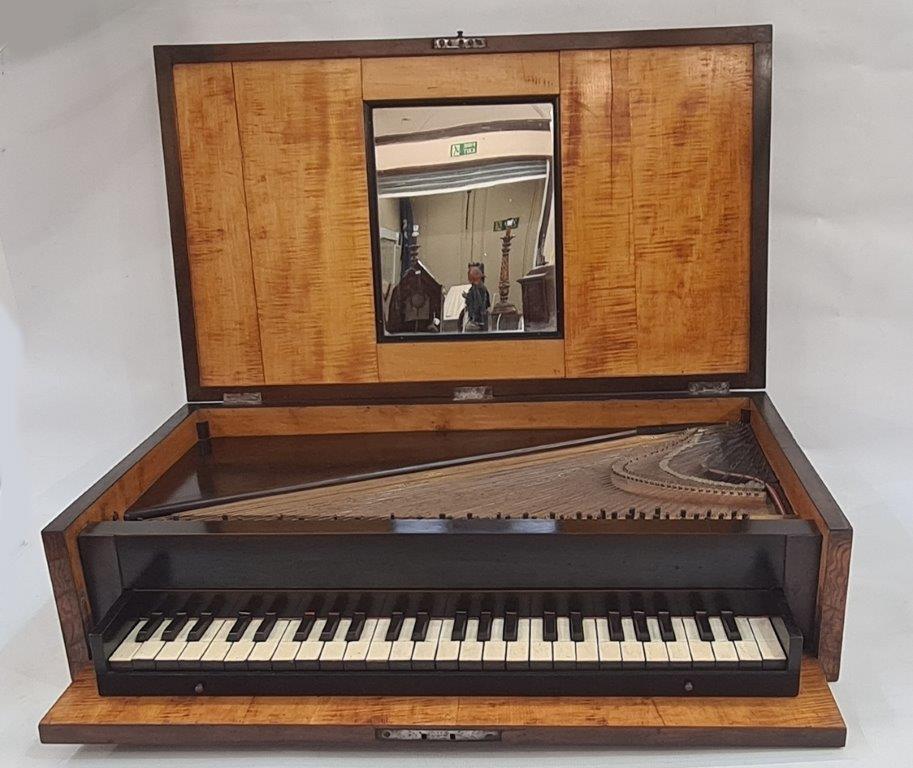 The piece was given to the current owners descendant George Hepburn and has passed through various generations including George Hepburn’s niece Margaret Hepburn and wife to Sir David Deas, KCB, Inspector of Hospitals and Fleets in the Royal Navy. Family legend has it that George was one of Caroline Murat’s loves in Trieste. 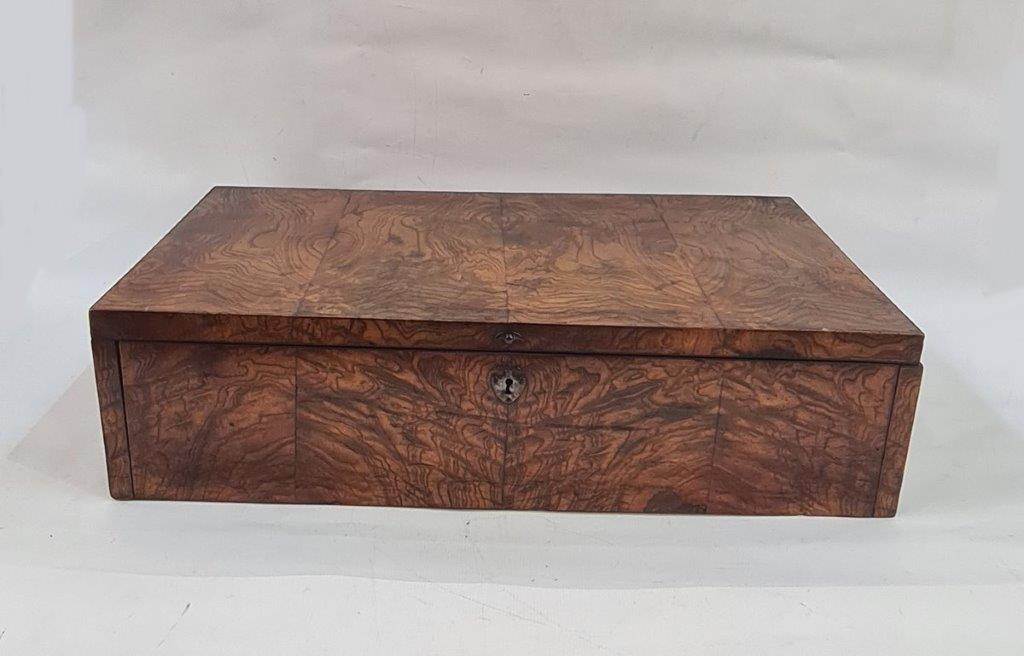 Caroline was Napoleon’s sister and married Joachim Murat, a general on Napoleon’s staff. Napoleon made the Murats King and Queen of Naples in 1808, but they eventually betrayed Napoleon and Joachim was executed.

Caroline surrendered to the English fleet of the Battle of Waterloo in 1815 and was kept under the dominance of the Austrians for many years, first residing at Hainburg then Frohrsdorf Castle, styling herself as the Countess of Lipona (anagram of Napoli) before settling in Trieste in 1824. She went back to Frohrsdorf for a visit in 1828 from where she wrote the letter in June, gifting the spinet to George Hepburn, who was residing in Trieste (see photos of original letter accompanying the piano).

The letter translates: ‘I am taking the opportunity of my letter to advise Monsieur Hepburn that I have sent to his address a little piano which I beg him to accept as a small souvenir from Frohrsdorf and regretting greatly that he is not to himself to take pleasure in the hunting, because there is not a week goes by that we don’t bag a stag or fawns.

I hope to be Trieste in a fortnight’s time, please pay my respects to the Benedetti family to all those who remember me.  The piano is so small that he could carry it in his arms down the garden path.  I am sorry to hear from the general that the Bora wind has damaged the lawn in his garden, and even though it rivals the Campo Marzo I am no less angry, Comptesse de Lipona.’ 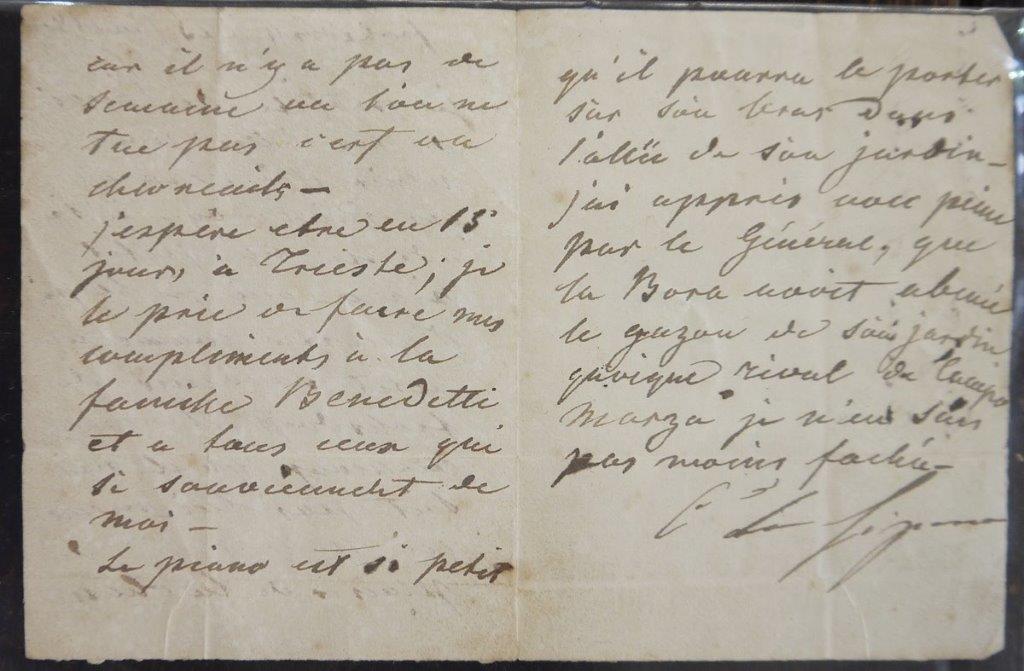 Various old black and white family photographs show the piano spinet in other family homes and a restoration bill from 1959. This little piece of history measures 68cm x 39.5cm and carries an auction estimate of £2,000-£3,000.