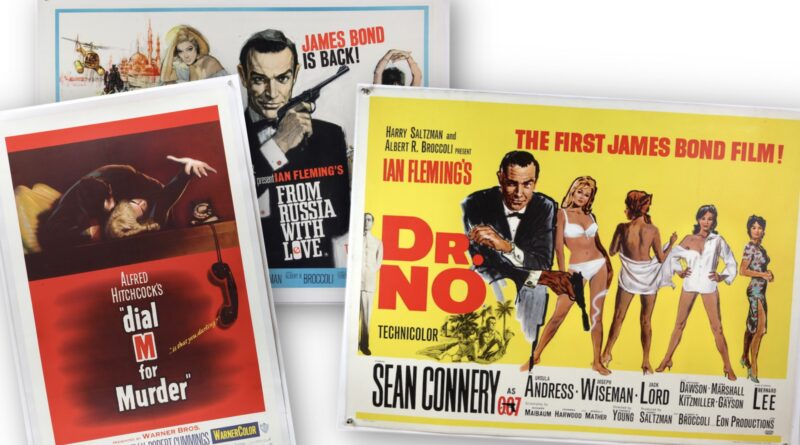 Vintage James Bond posters were the star lots at a recent single-owner auction of rare posters hosted by Surrey’s leading auction house Ewbank’s, with an original poster for the first Bond film Dr No hitting an incredible final price of more than £18,000. 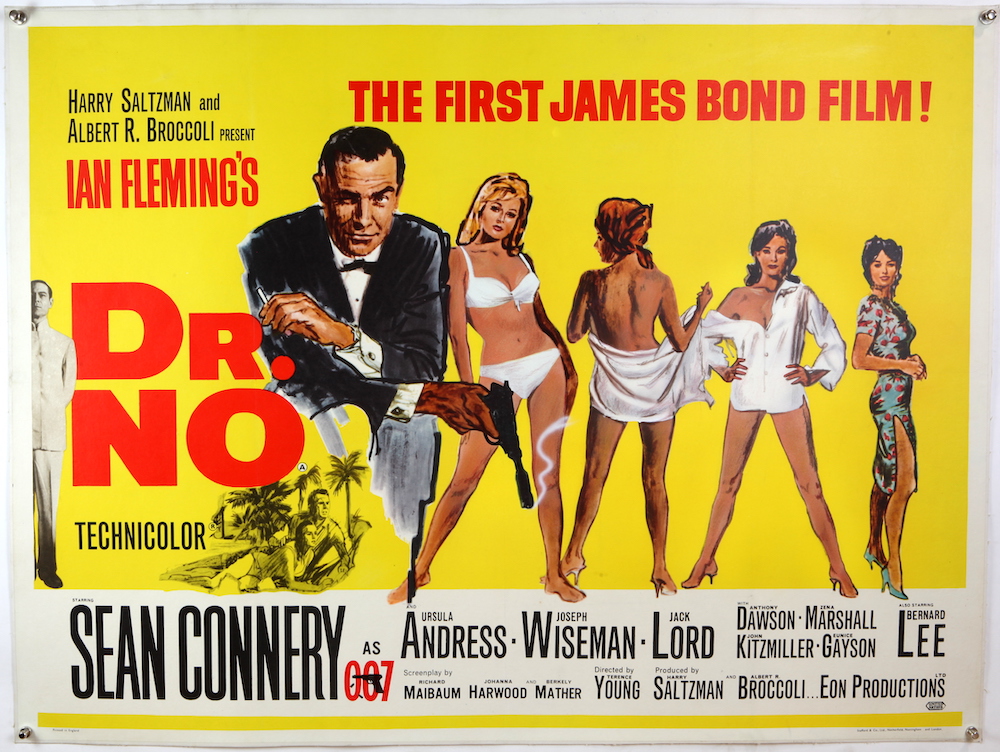 The linen-backed poster for the 1962 film, which starred the late Sean Connery in the title role, featured illustrations by Mitchell Hook and had a final price of £18,300, well beating its initial estimate.

Proving the enduring affection for the Bond franchise, another poster almost hit a five-figure final price. A poster advertising the 1963 film, From Russia With Love, which also featured Connery as 007, with artwork by Renato Fratini, had a final price of £9,230, including all fees. 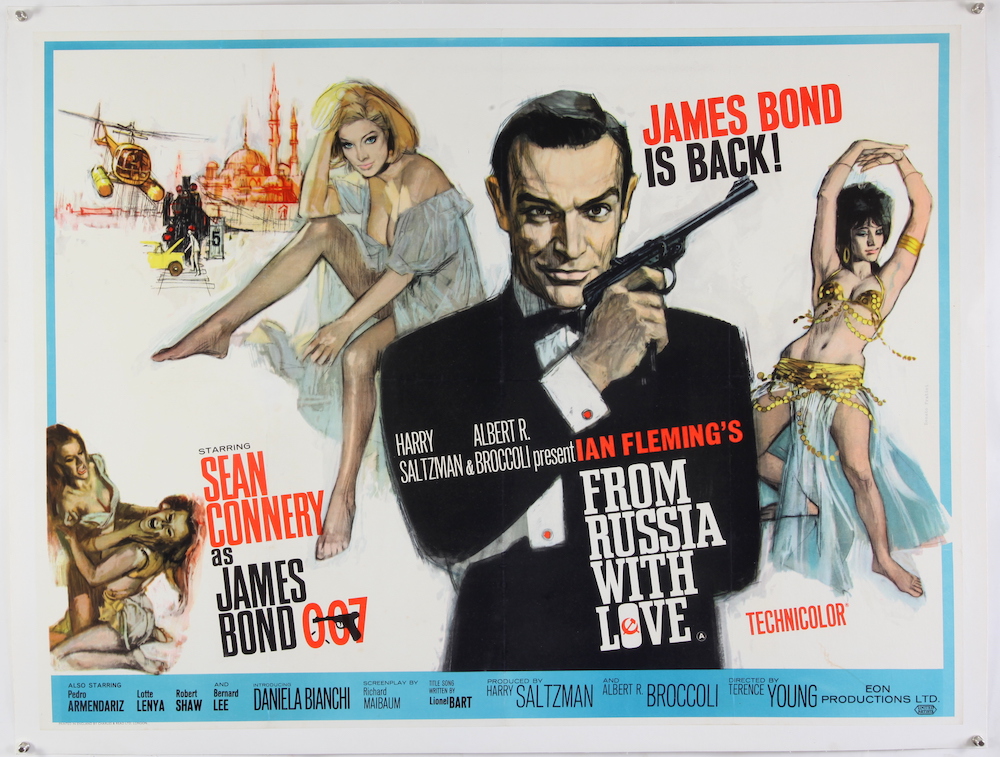 These are just two highlights of a very successful sale for Ewbank’s, which saw all lots sold and raised double what was expected.

The impressive poster collection on sale, which spanned more than 40 years of film history, belonged to enthusiast John Farmer. His interest in films began when his parents took him to the James Bond double bills in the late 1960s.

The posters which went under the hammer represent part of his collection and featured a good cross-section of titles such as Dr No, The Ladykillers, Psycho, Night of the Hunter, Taxi Driver, 2001, Vertigo, Invasion of the Saucer Men and The Devil Rides Out. 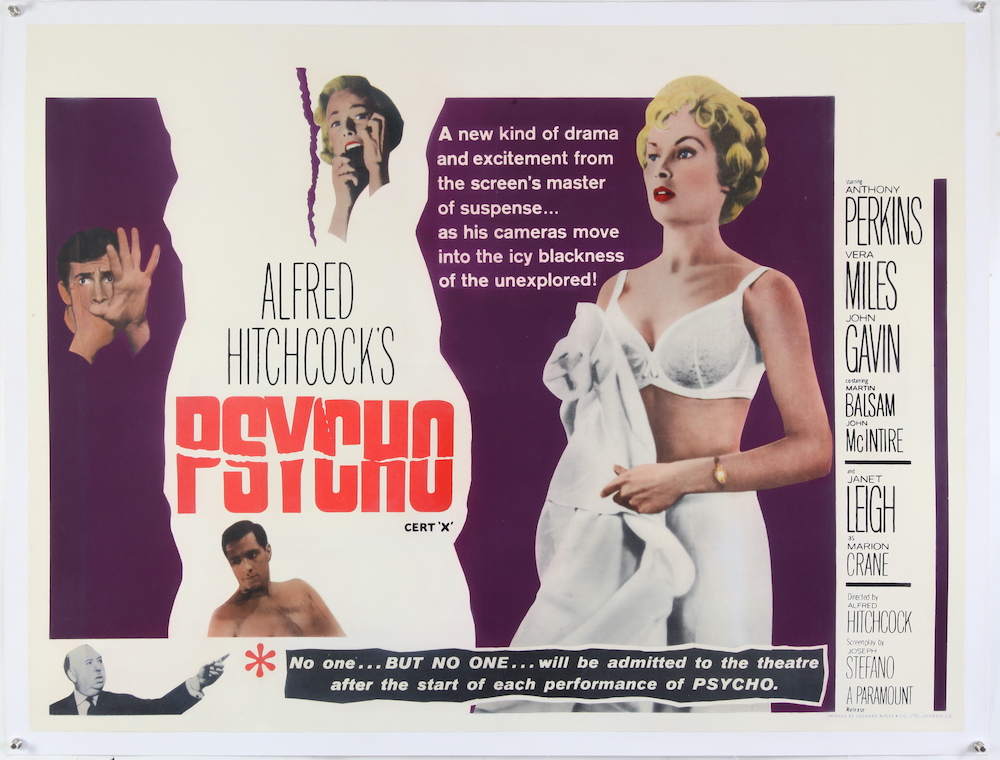 Another high-value poster was one for the 1955 movie The Lady Killers, which sold for £4,940. This much-loved black comedy starred Alec Guinness, Cecil Parker, Herbert Lom, Peter Sellers, Jack Warner and Frankie Howerd. 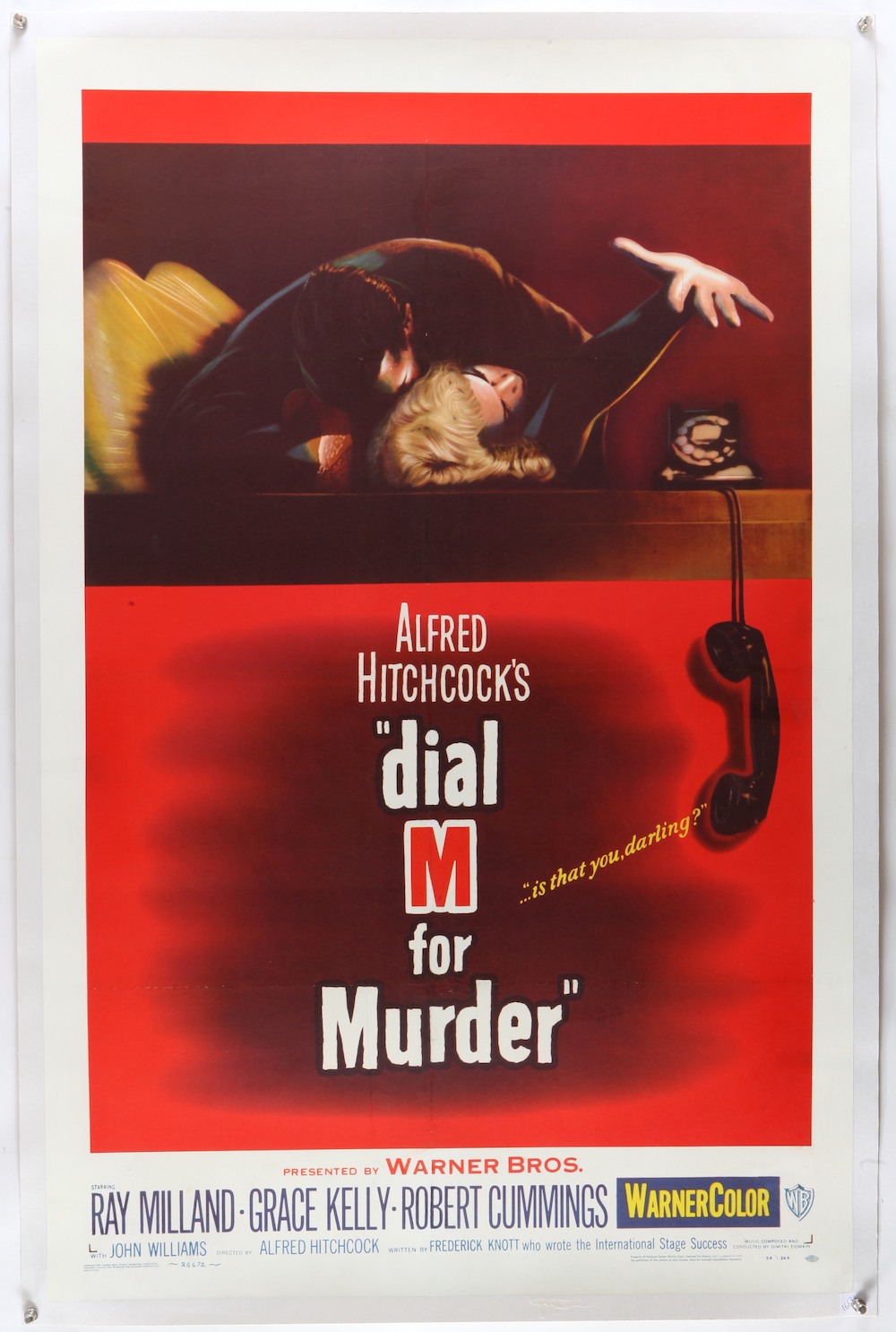