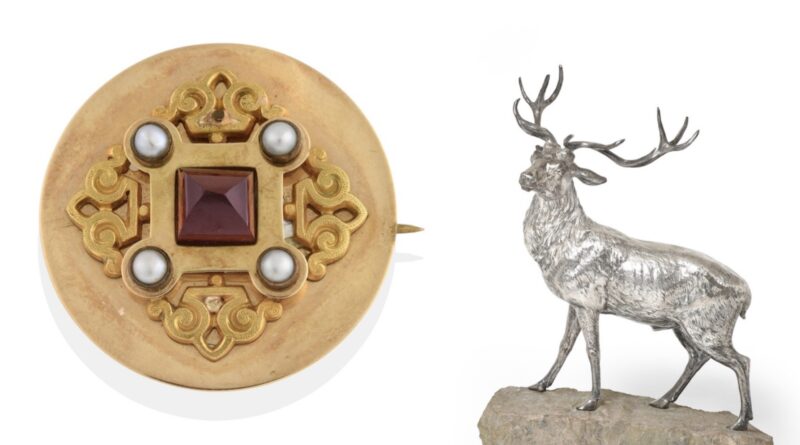 A Victorian garnet and split pearl brooch, reportedly salvaged from a shipwreck, is one of the highlights of an upcoming jewellery, watches and silver sale in the new year.

Tennants Auctioneers’ sale on January 15 will offer the brooch with an estimate of £400-600. It was reportedly salvaged from the wreck of the General Abbatucci, a French steamship that was sunk off the north coast of Corsica on May 7, 1869 on its way from Marseilles to Italy. A quantity of jewellery was salvaged from the wreckage in 1996 and sold at Christie’s London on October 7, 1997, including the present brooch. 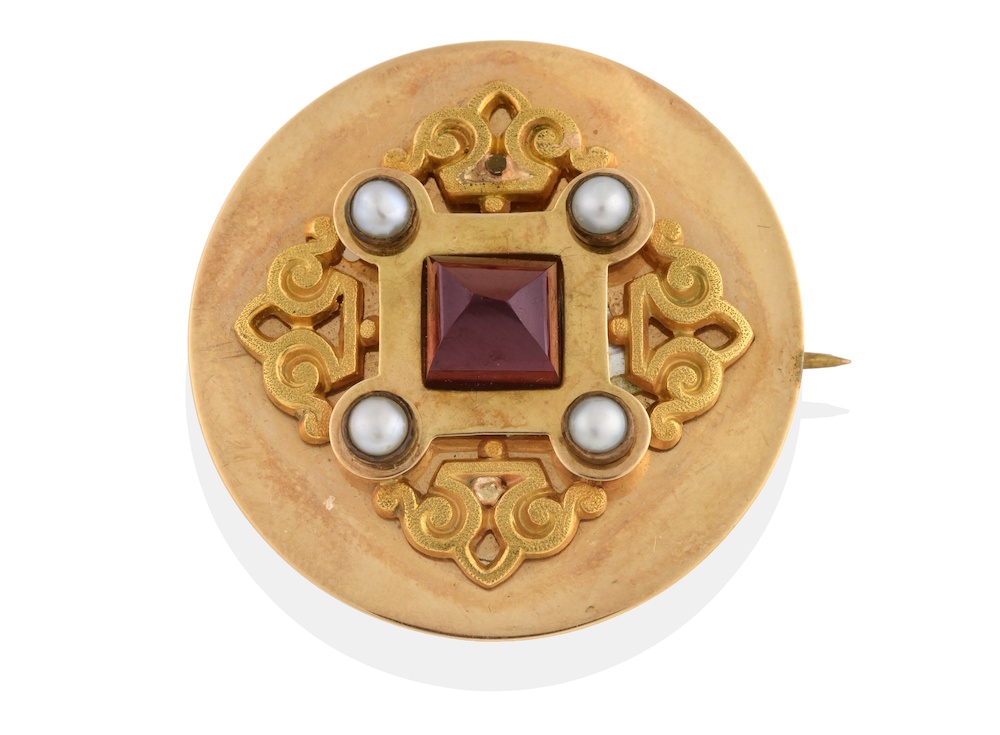 With sporting interest are a pair of reverse intaglio ‘Essex Crystal’ double cufflinks painted to depict fox heads, estimated at £500-700, and two fishing fly diamond brooches, with hooks set with diamond and dressed with feathers.

Among a good offering of vintage and collectable watches in the sale is one of the so-called ‘Dirty Dozen’ World War II military watches, a Cyma calibre 234 watch offered with an estimate of £500-700. Also of interest is a circa 1998 Oris automatic calendar wristwatch, estimated at £350-450; a circa 1975 Omega chronostop chronograph wristwatch, estimate: £300-400; and a Must de Cartier travel alarm clock with an estimate of £300-500. 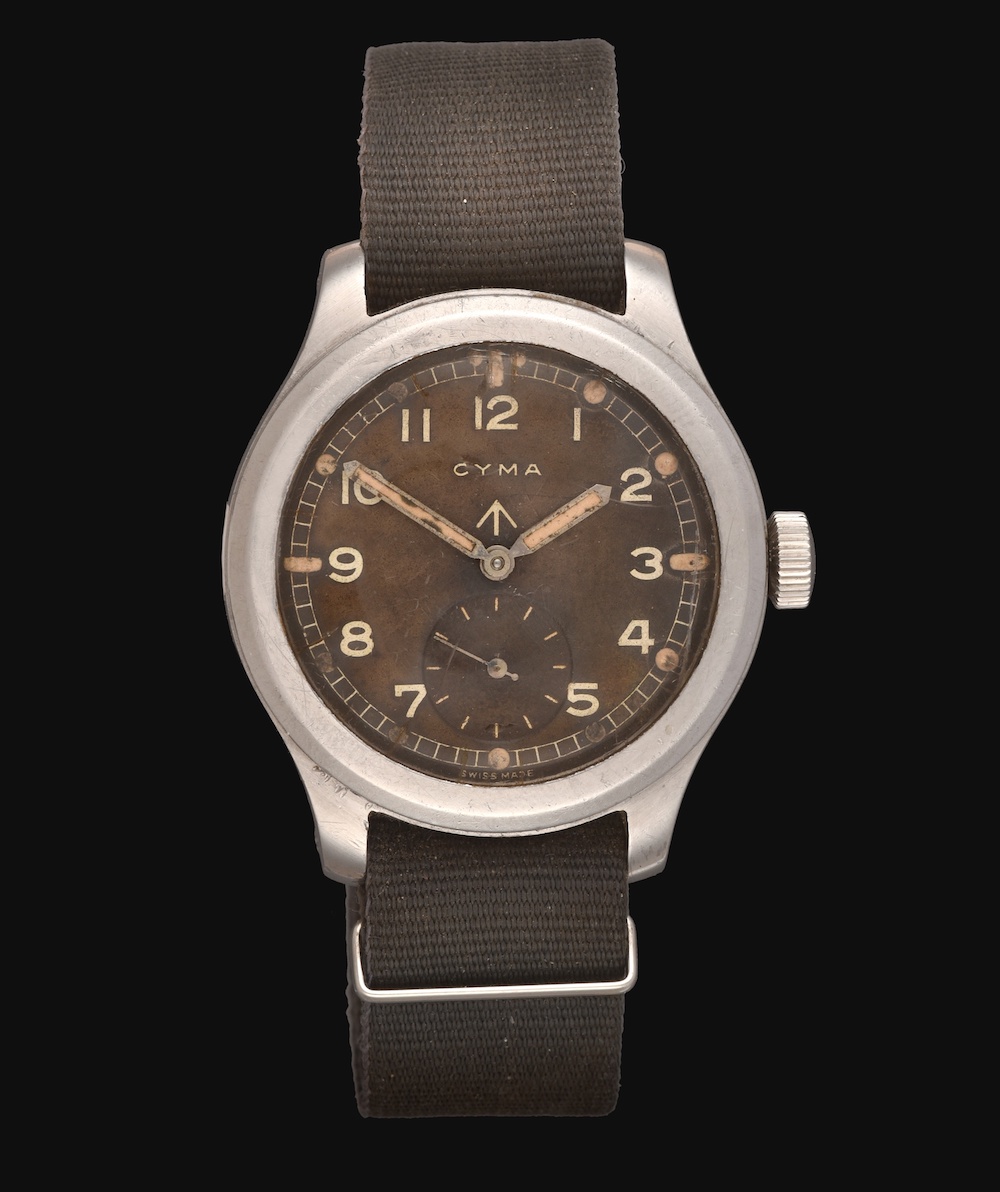 The silver section of the sale will include a charming collection of silver boxes and vinaigrettes, such as a George III silver vinaigrette by John Death of London, 1806, which has a hinged grille inside engraved with musical instruments and sheet music, estimated at £200-300.

Further highlights from the section include an Edward VII gold-mounted glass and tortoiseshell dressing table service, the glass pieces by Charles and George Asprey and the tortoiseshell pieces possibly by Henry Atkin. The set was made in London in 1904 and is inlaid with initials, and is estimated at £3,000-5,000.  A German silver model of a twelve point royal stag, probably made by Neresheimer of Hanau is offered with an estimate of £3,000-5,000 and silver-gilt Dallah-style coffee pot made in 2001 by Grant MacDonald Silversmiths, engraved with the coat-of-arms of Qatar is offered with an estimate of £600-800. 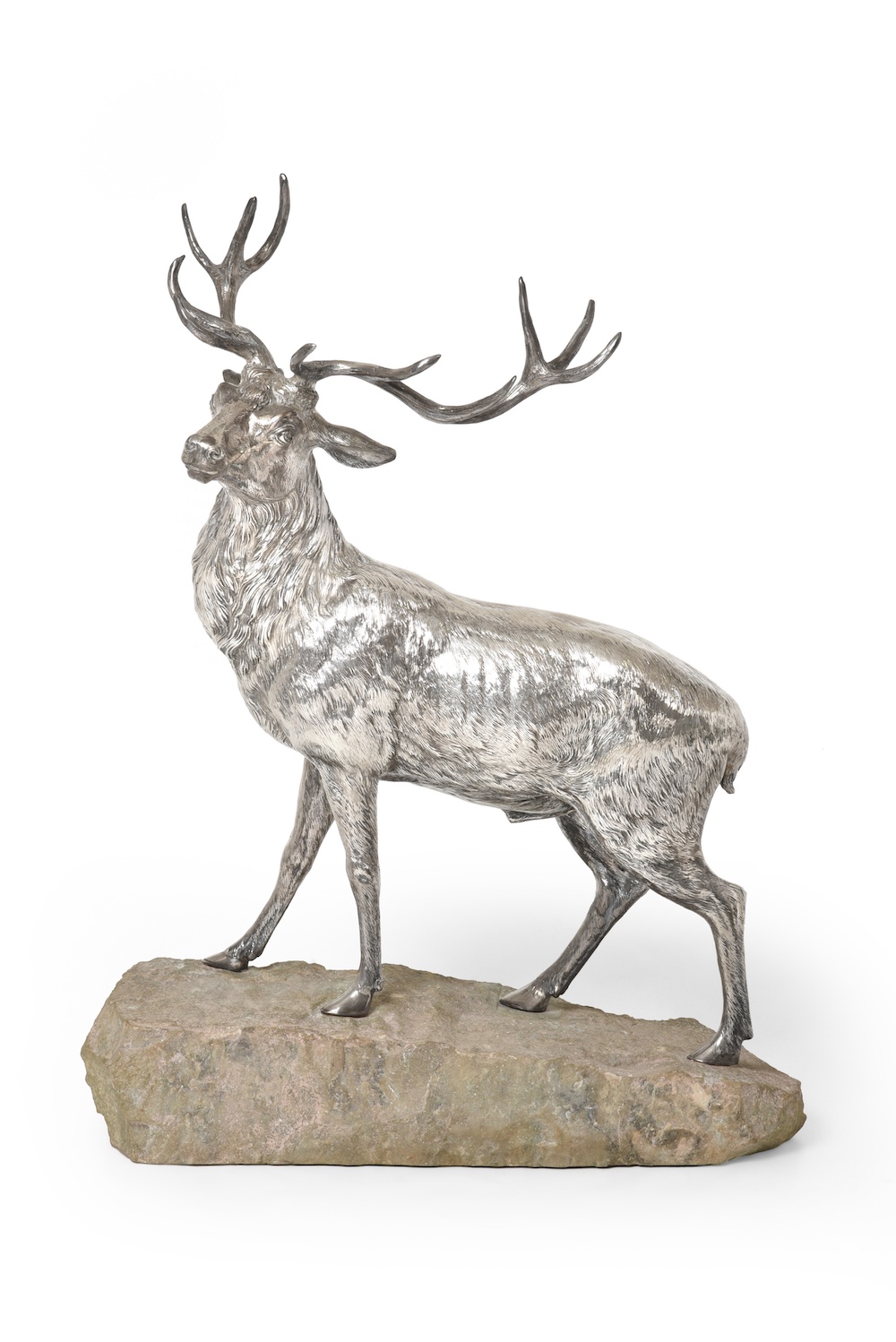 Also on offer is an Edward VII silver-gilt cup and cover made by Carrington and Co., in London, 1907, estimated at £1,500-2,500. The trophy was awarded to Jonquil the 1960 winner of the Waterloo Cup run at Altcar. The cup is sold with two menus for a dinner hosted by Mrs Basil Kerr to celebrate the win.