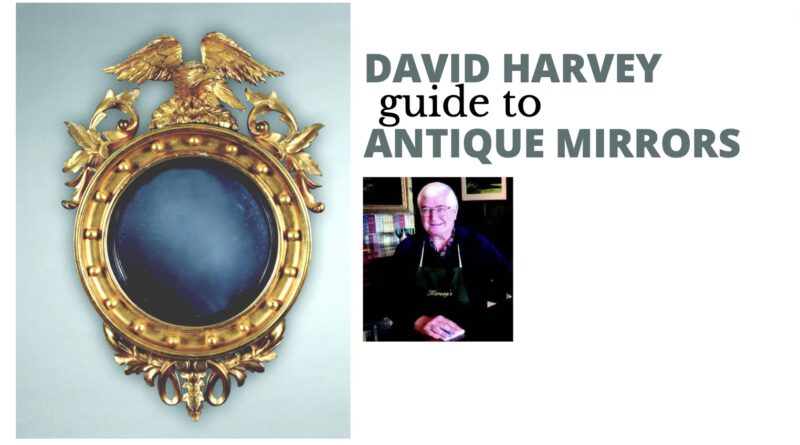 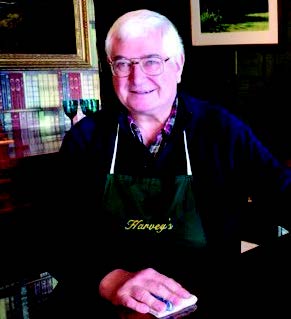 With the dark winter nights upon us, there’s no better way to enhance a room than antique mirrors. Antiques dealer and expert David Harvey charts the memorable eras and designs.

Antique mirrors of the early 19th century included styles such as this convex gilt mirror with an eagle sitting on top of a rocky outcrop (left). The circular frame often has a border of gilt balls. There was a belief its convex shape allowed the butler waiting next door to see all the diners at once allowing him to know when to make an appearance.

During the reigns of George I and George II mirrors started to reflect both the architecture of the homes they hung in and the fashions of the day. Up to the middle of the 18th century the Palladian style, as promoted by William Kent and Lord Burlington, was very much in vogue.

This early 18th-century landscape mirror, with cross-grain mouldings, has a carved gilt border which hints at the increasingly decorative aspects of mirrors.

From the middle years of the 18th century, as we move into the reign of George III, we can start to see some of the Chinese Chippendale inspiration as apparent in the pretty pair of girandoles below. The “c” and “s” scrolls are still evident everywhere and we now have carved icicles hanging from them and candle holders in order to provide more light.

Below we see a very traditional Regency style in the shape of a three-panel overmantel mirror.

Here you can clearly see the bevelled edges to the mirror plates which would have been added at a further cost to the customer.

When I showed the George III period mirror below at a fair, a Scottish dealer friend told me that this was typically Scottish, which made me wonder if there was a particular fretwork cutter working in Edinburgh whose speciality was cutting this very intricate open fretwork for cabinetmakers to fit onto otherwise fairly simple frames? There is also something very neo-classical about the foliage and the trailing bands of husks.

This impressive walnut and gilt mirror with its scrolling pediment, central cartouche and rich gilding hints at the Rococo which became so much a part of fashionable furniture from the middle of the 18th century.

Thomas Chippendale, and his Gentleman and Cabinet-Maker’s Director was not the only master of the style which quickly caught on.

Ince and Mayhew, with their 1762 Universal System of Household Furniture, the London cabinetmakers Vile and Cob, as well as William and John Linell, were all producing furniture at the same time.

Once in a while I come across an unusual variation and I was delighted recently to own such an example. On this mirror the usual eagle has been shunned in favour of a hippocampus – a half horse and half fish. The first time I saw it, the difference went unnoticed. Only after walking on for a couple of paces did it register – I soon spun round realising its importance!