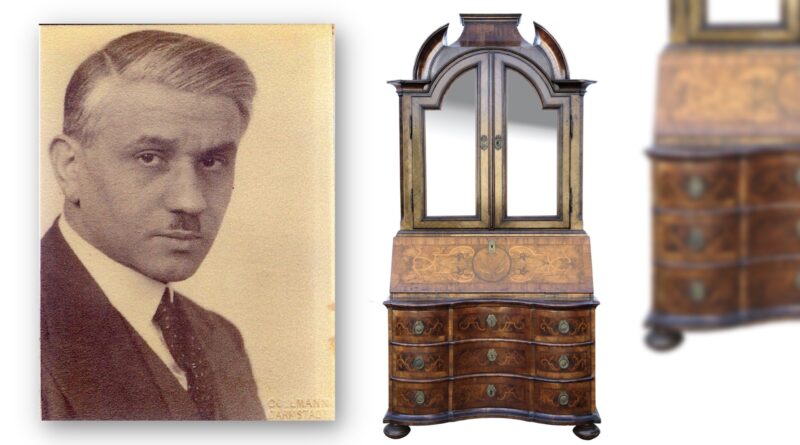 Tragedy and survival are the twin themes associated with a stunning 18th-century bureau bookcase for sale at a Surrey auctioneers on March 25.

Prominent Darmstadt furniture manufacturer Ernst Joseph Trier (1886-1938) bought it in 1905 before presenting it as a gift to his sister Marie Sichel (who married into the Sichel wine making family, famed for Blue Nun), on condition that it would be returned to him or his descendants on her death. 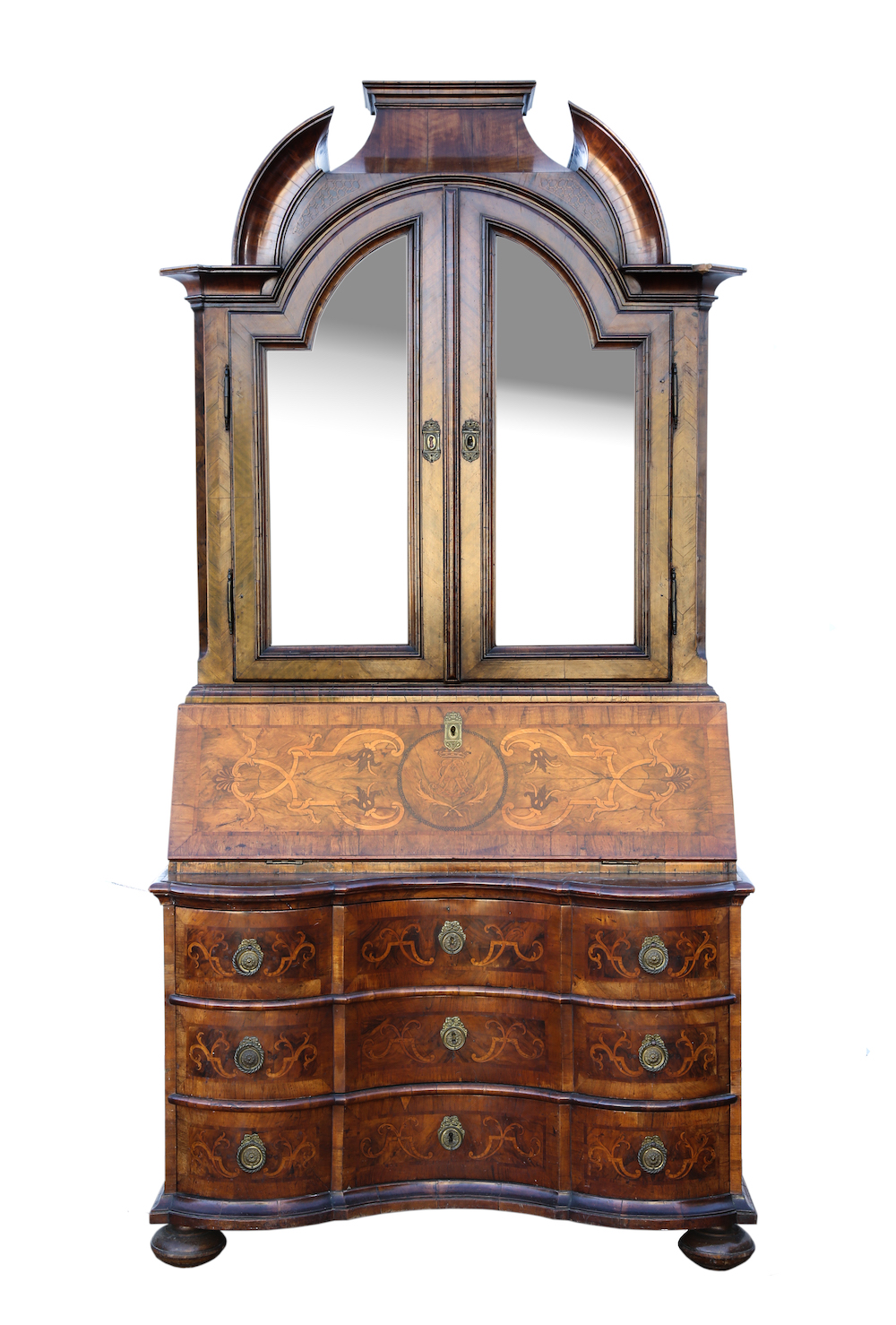 Increasing Nazi persecution of the Jews persuaded Ernst Trier to make plans to leave for England, but before he could do so, in 1938 the Nazis confiscated the furniture business and the Gestapo arrested Trier on fabricated foreign exchange charges. He died later that year in prison, aged 52.

Marie Sichel and her family fled Germany to avoid further Nazi repression, bringing the bookcase with them.

When she died in London in 1967, her family honoured the original agreement and returned the bureau bookcase to Ernst’s son. Thereafter it passed down the family.

“This is a beautiful piece of furniture, but it is also an important historical document in that it is a reminder of the Trier family, especially Ernst and his sister Marie” says Ewbank’s specialist Matthew Coles. “Theirs is a tale that echoes so many others who suffered under the Nazis, but ultimately came through to prosper in the future.”

The bureau bookcase will appear in Ewbank’s Books, Clocks & Antique Furniture Auction with an estimate of £3,000-5,000.