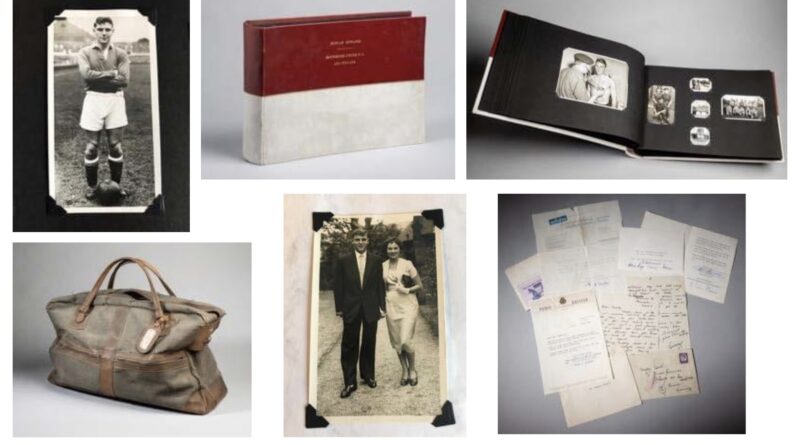 England and Manchester United Footballer Duncan Edwards was just 21 years old, and his girlfriend/ fiancée Molly Leech was only 22 years, when he took the flight to Munich; they had all their life ahead of them. What happened to the “Busby Babes” on February 6, 1958 will never be forgotten and Duncan survived the horrific crash, which killed 20 of the passengers. 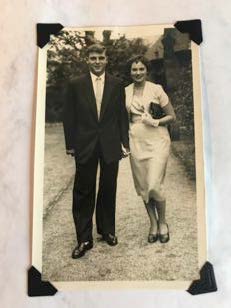 Molly had been his girlfriend for three years, they were due to get married. When the accident happened she rushed out to Germany to be at his side at the hospital and be there to bring him home. Sadly she didn’t get to bring him home and had to bring back Duncan’s belongings. 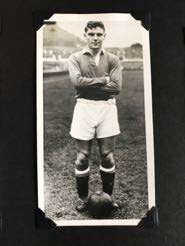 Molly died in 2004 but the items belonging to Duncan were always kept for safekeeping in her loft. They are now being sold by her daughters as part of Graham Budd Auctions’ forthcoming sale of Sports Memorabilia on March 8 and 8.

Her two daughters wish to remain anonymous, but said: “Our mother, Molly first met Duncan one Saturday evening at Ringway Airport, which is now Manchester Airport. In the 1950s, many people would go to the airport to watch the planes! She came from Manchester and worked in an office there, they were very much in love but very private and ordinary people. They enjoyed playing cards and tennis, he liked fishing – she always spoke about him with great affection.”

They continued: “I just can’t imagine what my mother must have gone through when she had to go to Munich, it was such a sad and awful part of her life – she was just 22. She died in 2004, at the age of 68, our father died three years ago, and although we did keep in touch with, and visited Mrs Edwards – Duncan’s mother, we are one step removed from the story and we would like his legacy to continue.”

Auctioneer, Graham Budd, said: “The story of Duncan Edwards and Molly Leech is so poignant and sad, they had everything going for them – they were an elegant, smartly-dressed, photogenic young couple. He was born in Dudley in the West Midlands but signed for Manchester United when he was 16, despite a brief interlude when he did National Sevice with his team mate Bobby Charlton, he had a magnificent career and many say that he would have been the Captain of the 1966 World Cup England Squad. The items in this sale are so personal and it is a privilege to have been asked by Molly’s daughters to sell them.” 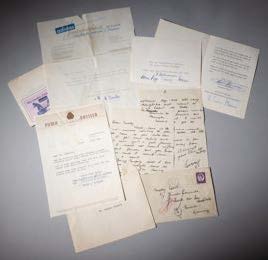 Among the items that will be offered in 41 lots will be photographs, letters, football programmes, itineraries, weekly wage slips and a fixture list for the 1957-58 season; an autograph book; invitations to dinners; a silver spoon; travel clock and a fountain pen but the most thought-provoking item is his overnight bag that he had taken to Munich which carries an estimate of £5,000-7,000.

Elsewhere, there is a renewal receipt for a life assurance policy taken out by Edwards on November 19, 1957, less than three months before his tragic death at the Munich Air Disaster. The policy issued by the Royal London Mutual Insurance Society, assured £500 for a yearly premium of twenty seven pounds no shillings and five pence. Signed by the insurance agent, it is estimated at £100-150. 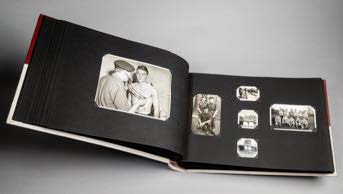 Letters and cards relating to his time in hospital after the crash include a get well card from Bobby Charlton to Molly as well as a signed typescript letter from Adi Dassler founder of Adidas sportswear to Duncan Edwards of Manchester United and England footballer, dated 10th February 1958. On Adidas letterhead, addressed to the Krankenhaur hospital, rechts der Isar, Munich, it reads: “Dear Mr Edwards, with our very best wishes for an early and entire recovery, we beg to hand you a little present, which we hope you will enjoy, your very truly Adi Dassler.” It is estimated at £1,000-1,500; while a letter from Adi’s nephew, Armin Dassler, who’s father Rudolf was the founder of Puma sportswear, is also in the sale. 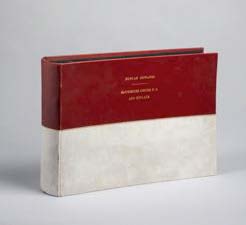 Elsewhere, there is also photographs from his national service, the 1957 FA cup final, England international duties, his work as a writer and recreational pursuits including fishing. The album is estimated at £2,000-3,000.

A good collection of privately taken black and white photographs featuring Duncan Edwards in his private life, including on holiday in Jersey with friends, at his digs in Manchester and out and about in Manchester are expected to fetch £1,200-1,500. Two handwritten letters from Duncan to Molly relating to his time of national service, dating from November 1955, start ‘Dear Molly’ and the other ‘Dear Pet’. Within the letters he discusses a film that he has seen and about arriving in London to play Chelsea. They carry an estimate of £1,000-1,500.

There is also a group of Manchester United weekly wages slips issued to Duncan Edwards in December 1957 and January 1958. The largest weekly pay slip shows Edwards earning £97 for week number 37, pay day 14th December 1957, where some additional “talents fees” bumped up his weekly pay packet. Others are are more typically £19 to £28. They are estimated at £500-700.