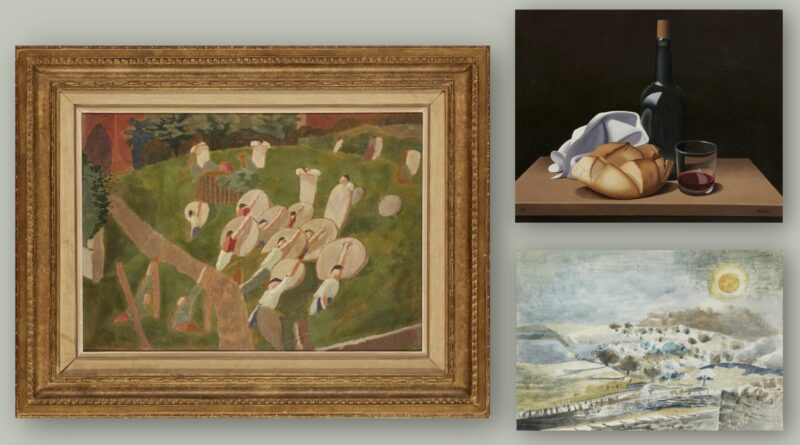 London fine art auctioneers Roseberys were thrilled with the results of the auction: ‘A collection of works from the descendants of Arthur Tooth & Sons (1842-1972)’, that took place on February, 21, 2022. The white glove sale made over one million pounds, £1,018,800.

The small-scale auction was made up of just 127 lots, making the price realised even more impressive. The remarkable result of this sale was mainly due to the 52 pictures offered – the rest of the lots sold were catalogues and ephemera. Prominent artists from the entire stage of the gallery’s history were offered within the auction, including work by Stanley Spencer CBE RA, André Derain, Stanislas Lepine, Sir Matthew Smith CBE, Albert Marquet, Jean-Louis Forain, Paul Nash, Eugène Baboulène, André Dunoyer de Segonzac, Nadia Benois, Alexandre Benois, Jules Cavailles, Paul Lucien Dessau, Kit Barker, as well as a collection of the gallery’s publications. 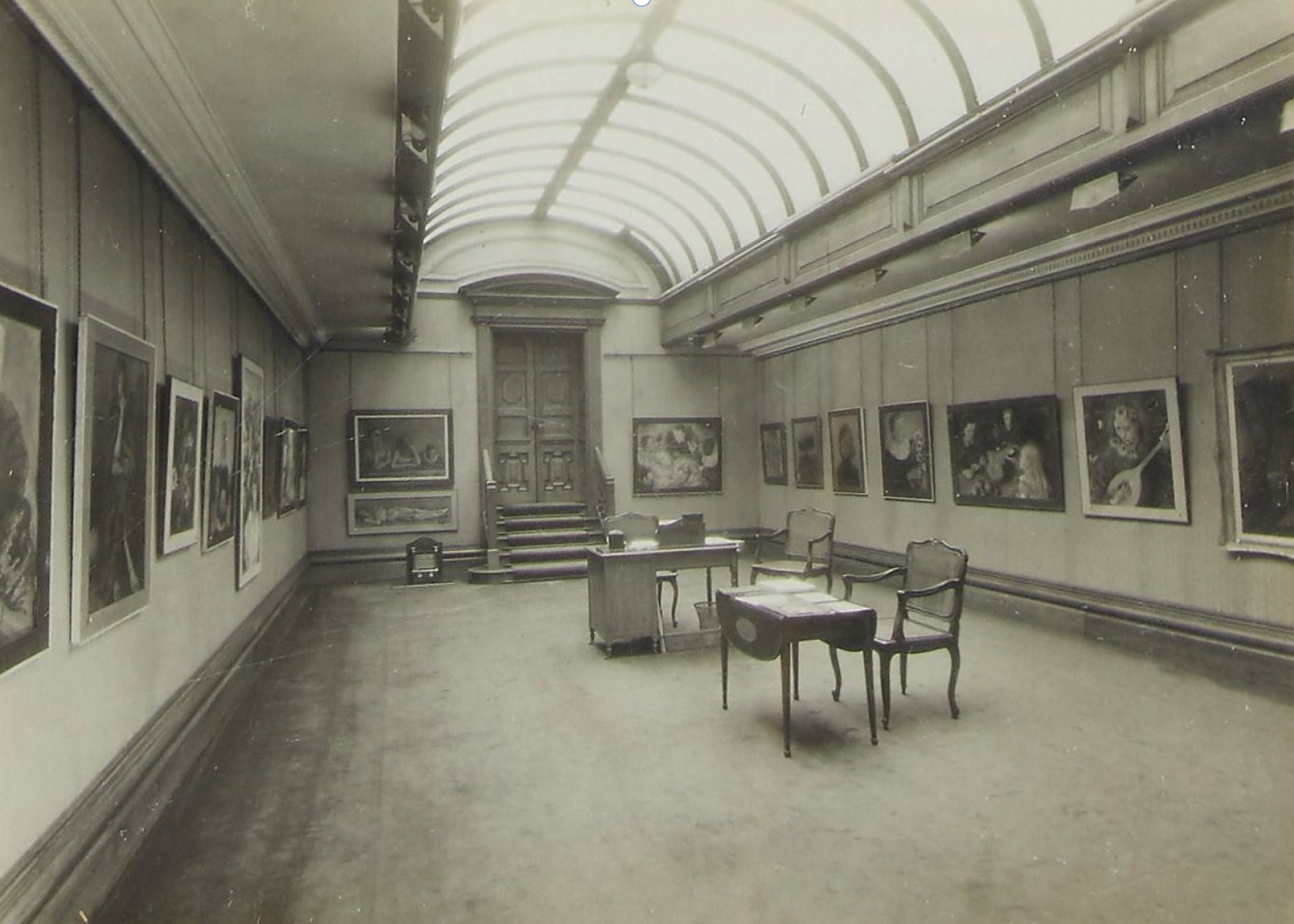 Arthur Tooth & Sons was a leading art gallery located at no. 5 & 6 Haymarket in London, founded in 1842 by Charles Tooth, a carver and framer, in order to set up his son Arthur in business. Arthur Tooth also had a New York location from around 1900 until 1924, as well as a branch in Paris. In the mid-1920s, Dudley Tooth (1896–1972) took up leadership of Arthur Tooth & Sons and rebranded the gallery, expanding within the pool of contemporary artists and further promoting artists by regularly hosting a solo show of each artist’s work every two and a half years. Like other larger dealers, Tooth also published prints which helped them develop the business further.

The Arthur Tooth & Sons gallery was renowned for being forward-thinking in their business practices and in the vanguard of introducing French Impressionism to the British market. They also specialised in Venetian paintings, in particular, works by Canaletto and Guardi. During their operation, the gallery had established a significant presence in the art world and supplied works to major collectors around the world, including industrial magnate Henry Clay Frick with works by Lawrence Alma-Tadema, Jean-Francois Raffaëlli, J. M. W. Turner, Frits Thaulow, Pascal Dagnan-Bouveret, and Rembrandt. The London gallery closed in the 1970s.

The auction was the final sale for Impressionist, Modern, Post-War & Contemporary Art Specialist and Head of sale, Tess O’Brien, who is moving back to Australia soon. O’Brien commented on the success of her concluding sale with Roseberys: “There was a lot of interest in the sale from trade, private collectors and institutions. The pictures on offer were fresh to the market, and their impeccable provenance made them very desirable. For many owning something that the Tooth family had chosen to retain in their private collection was a testament to the artworks’ calibre, which is why I believe most pictures sold over the high estimate. In the end it was a ‘white glove’ sale and I am very pleased with the results.”

Some of the sale’s top lots included: 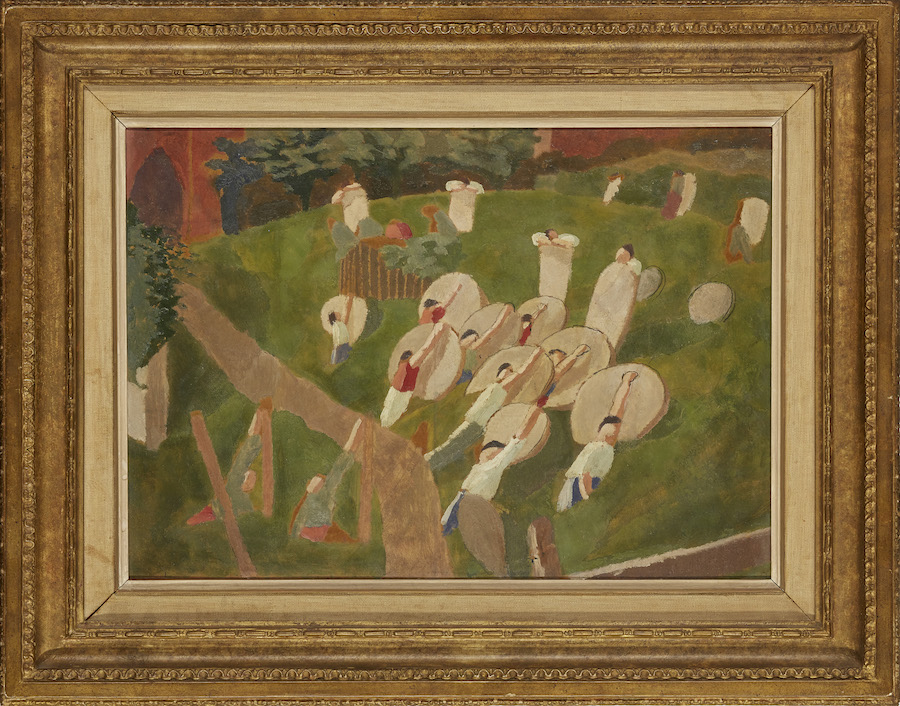 Sir Stanley Spencer CBE RA, British 1891-1959 – The Resurrection, Cookham, oil and pencil on paper laid down on board, was the highlight lot of the sale, and the second highest lot to ever sell at Roseberys. It is also a record price for a work on paper of this size by Spencer. With an original price guide of £100,000-£150,000, this lot sold for £403,674, well over double its top estimate. The oil was fought over for by 6 telephone lines and several internet bidders. It is now in a private collection. 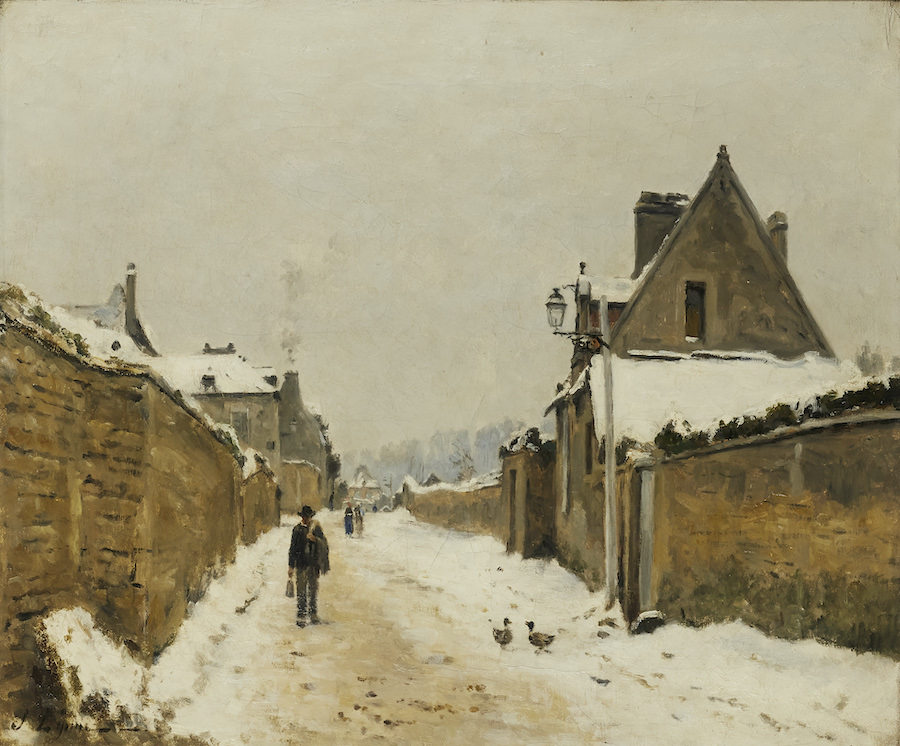 Offered with an estimate of £15,000-£20,000 was a work by French painter Stanislas Victor Edouard Lépine, 1835 – 1892, which realised £50,000. The signed oil on canvas depicts Caen in France. Lépine’s private collection. O’Brien commented: “The piece was in its original Durand-Ruel, frame which added intrigue for the buyers. It was a rare example of Lépine’s early works and a good neige painting. The painting had not been touched over the years and was in exceptional condition. This work dates back to when Arthur Tooth ran the family gallery. This is one of the highest results of a Lépine of this size in recent years.” 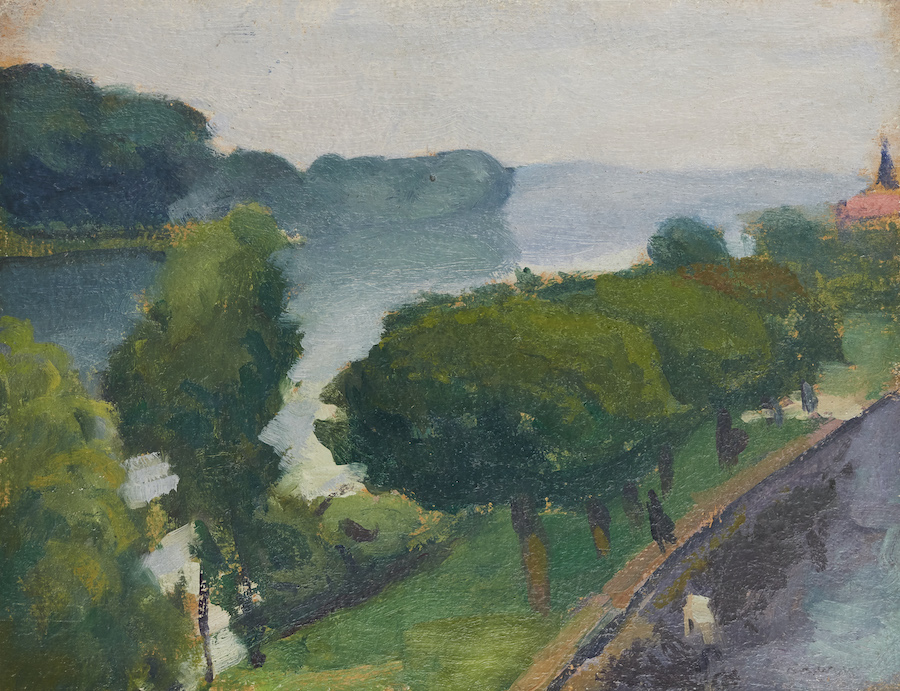 Albert Marquet, French 1875-1947-Landscape; oil on card laid down on canvas, beat its top estimate of £9,000 to make £21,250. Marquet was closely associated with the Fauvist movement, particularly through his close friendship with Henri Matisse. The influence of Fauvism on Marquet’s work is particularly evident in the work sold at Roseberys, which came accompanied with a certificate of inclusion in the upcoming Wildenstein Plattner catalogue raisonné. Battled out over seven telephone lines and bidding on internet platforms, Drouot and Roseberys Live, this painting eventually sold to an overseas collector. 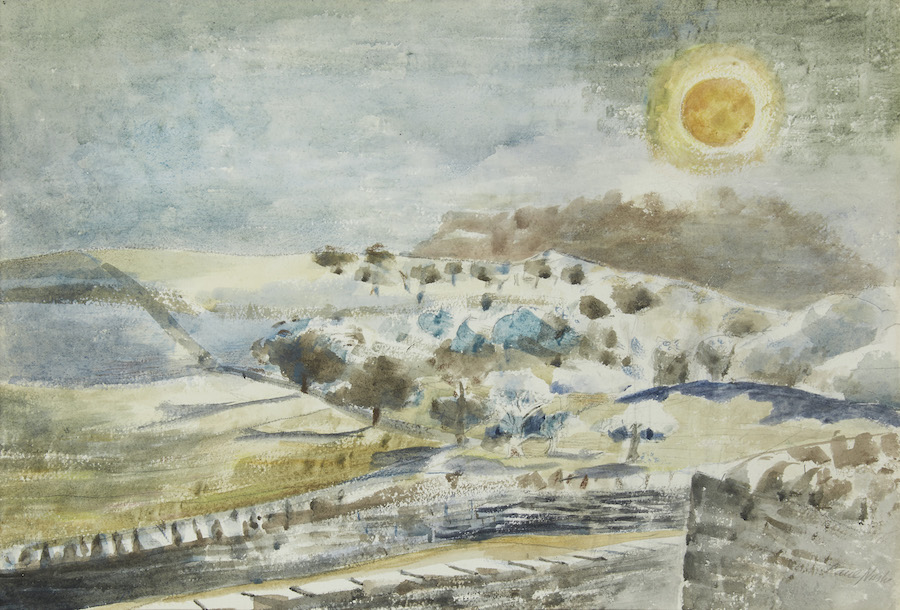 Lots 14 to 21 by British surrealist painter and war artist Paul Nash proved very popular. The works were all original from Dudley Tooth’s collection and the first time they were on the market. All works achieved prices that far exceeded their top estimates, with over seven telephone lines booked on each lot and bidders in the room. The works sold to museum, trade and private collectors for a collective sum of £159,375. The most popular watercolour from the collection was lot 17, Moonrise Over Stow-on-the Wold a watercolour which sold for £27,000, against an estimate of £6,000 – £8,000. 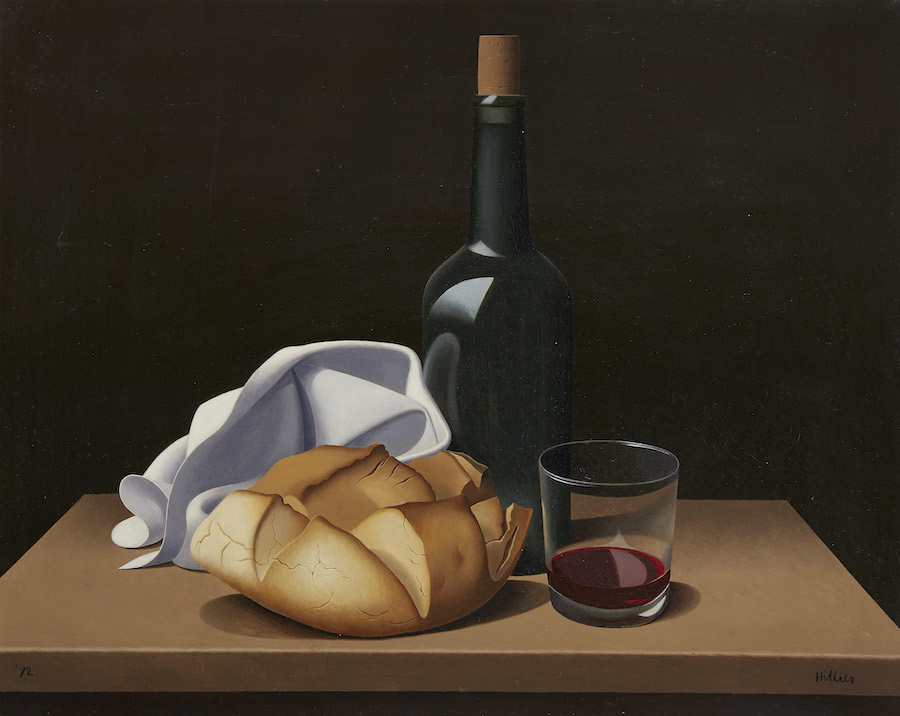 Tristram Paul Hillier RA, British 1905 –1983- The Spanish Loaf, 1972; oil on canvas, achieved over double the top estimate, making £16,250. Tristram Hillier was a significant British surrealist artist of the 20th century, closely connected with many key figures in the development of British art from the 1930s onwards, forming part of the Unit One group alongside his contemporary Paul Nash. O’Brien commented: “This piece was originally sold through the Arthur Tooth & Sons gallery in 1973, it later appeared at Christie’s in 1992, the family purchased this work as they wanted this significant piece back in family. When exhibited in 1973 it was one of the main pictures of the catalogue.” 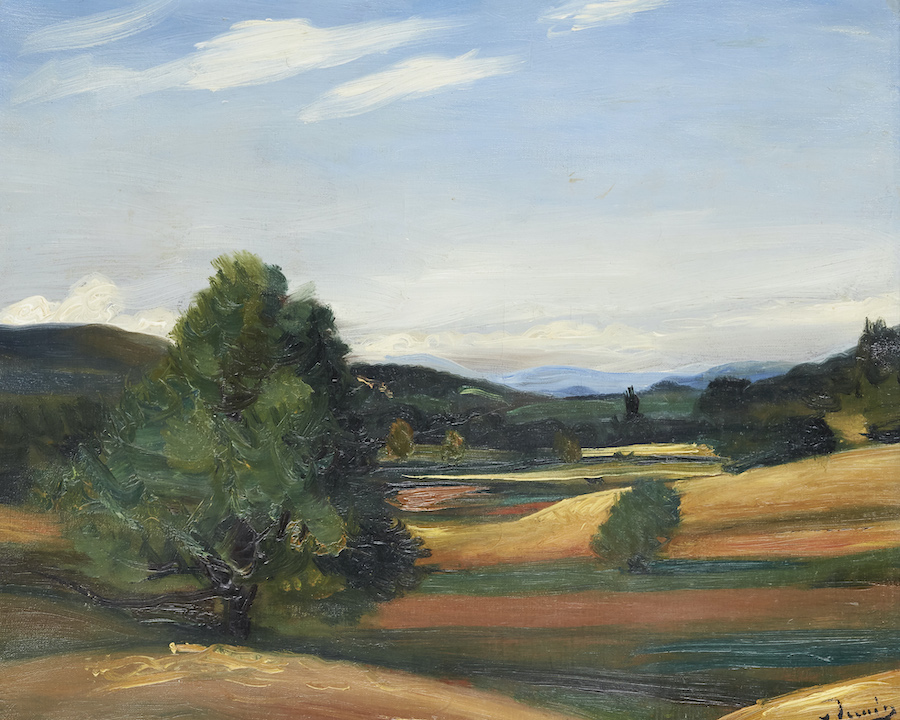 Offered to the market with a pre-sale guide price of £15,000-£20,000 from French painter, sculptor and co-founder of Fauvism, André Derain, 1880-1954, was a signed oil on canvas titled Paysage. Derain’s innovative approach to landscape, form, and colour, such as the work on offer, helped establish a framework for Fauvism in the early 20th century. This later painting for the artist soared up to £25,000 at auction, selling to a private collector based in America.