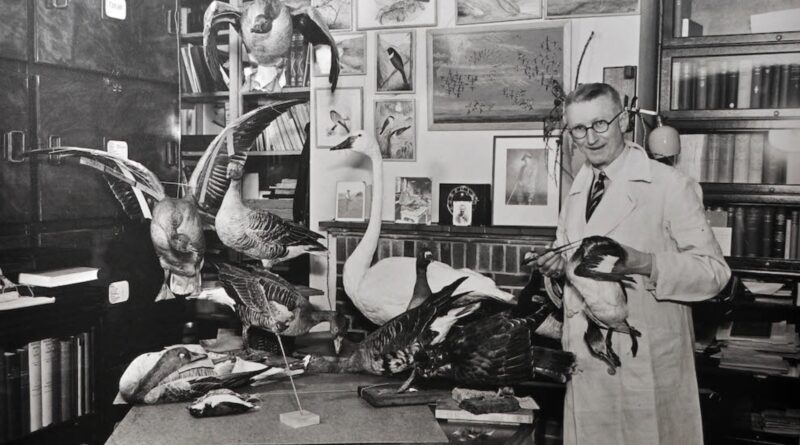 The James Harrison Collection of Birds, comprising over 150 lots of cased and free-mount birds dating from the late Victorian era to the middle of the 20th century, takes place at Tennants Auctioneers on May 20.

The collection includes rare and unusual examples, such as the now extinct passenger pigeon and a kiwi, as well as mounts by the likes of Rowland Ward, James Gardiner, Charles Kirk and George Bristow. 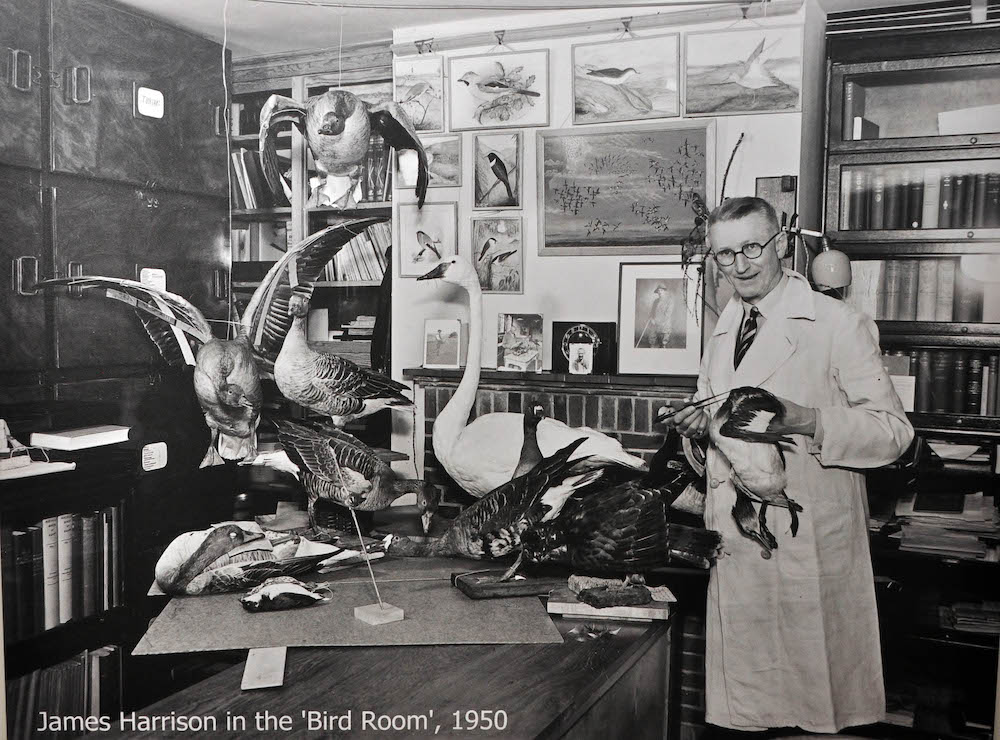 Highlights of the collection include a very rare Cased Late Victorian Passenger Pigeon, supplied to Harrison by George Bristow of St Leonards-on-Sea, and offered with an estimate of £7,000-10,000. The now extinct passenger pigeon was once endemic to North America, migrating in vast flocks across the continent. Deforestation and widespread hunting for meat saw the species decline rapidly during the 19th century, with the last wild bird though to have been shot in 1901 and the last captive bird, Martha, dying at the Cincinnati Zoo in 1914. 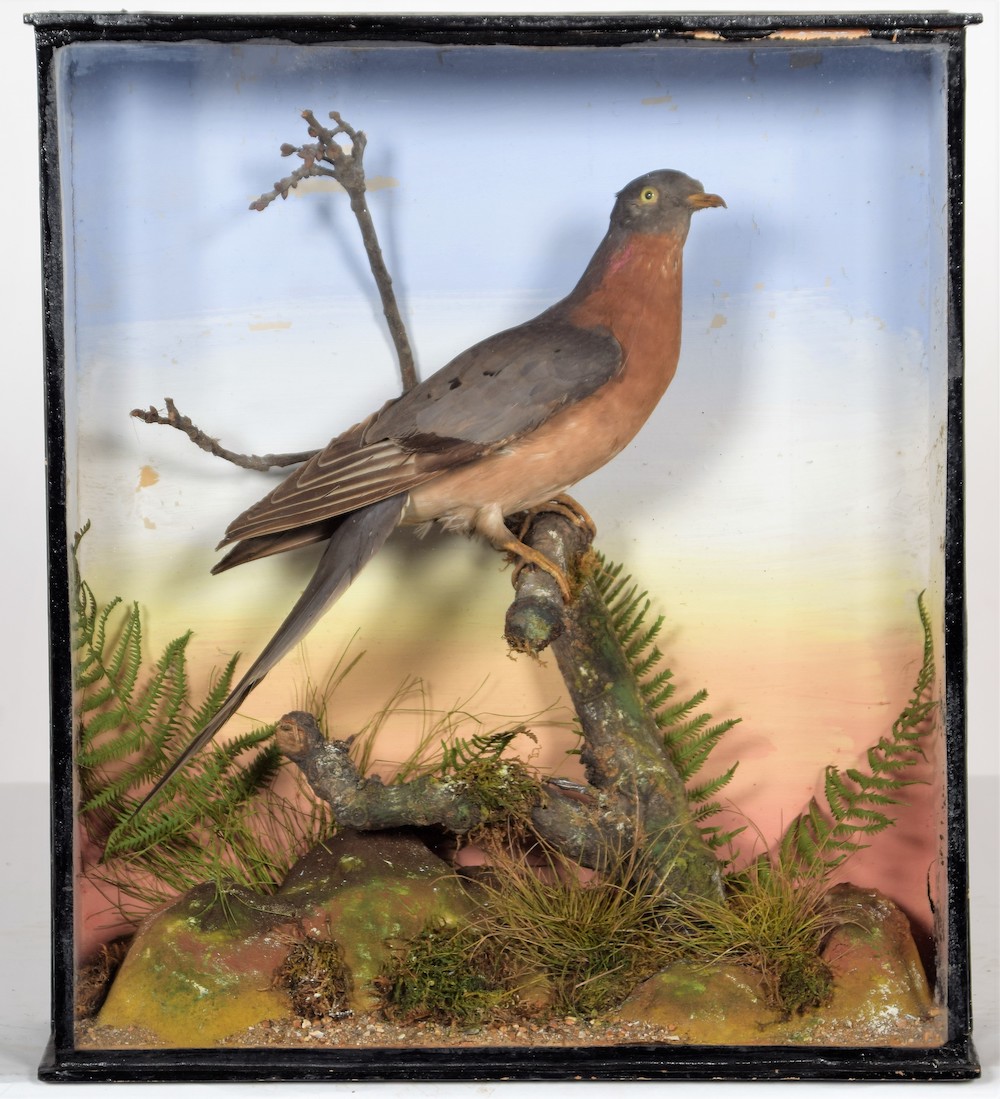 James Maurice Harrison (1892-1971) was one of the last great bird collectors, who gathered large numbers of specimens for ornithological study to document moult patterns, geographical distribution, and colour variation between individuals and species. Specimen collecting, which had its heyday in the late 19th/early 20th century, provided the basis for much of today’s ornithological knowledge, and laid the foundations for the modern study of bird behaviour and ecology.

Harrison was born into a shipping family and grew up in Hastings on the South Coast of England. Educated first at Malvern College, he turned away from the family business to become a doctor, training at St Thomas’ Hospital in London. Here his studies were interrupted by the First World War, when Harrison enlisted in the Royal Navy where he served first as a Surgeon Probationer, and after qualifying as a Surgeon Lieutenant. He was awarded the Distinguished Service Cross for his actions. After the war he married and settled to a life as a devoted general practitioner in Sevenoaks, Kent.

After his interest was sparked at an early age, as a teenager Harrison learned the art of taxidermy. Later a keen wildfowler, he shot and prepared many specimens in the collection, supplementing his own collecting with purchases from auctions and other well-known ornithological collections. Harrison carried out all his activities with the utmost respect for wildlife.

Although he studied a wide variety of birds, he had a particular interest in hybrids and variants, and with his medical background parasitic infections. Throughout his long career he developed a great depth of knowledge of the regional movements and variations of species such as the jay, robin and chaffinch.

An extraordinary collection was developed, carefully stored at his family home and surgery Bowerwood House in Sevenoaks, all displayed in taxonomic groups. To make more room, many of the cased birds were removed from their glass cases in the 1960s and mounted on foam blocks. In addition to the mounted specimens, he also built up a collection of some 19,000 skins, which is being transferred to a major public museum.

From 1918 Harrison began publishing his findings, and would travel widely, frequently visiting Greece, Israel, North Africa and Lapland. He was elected Chairman of the British Ornithologists Club in 1946 and Vice President of the British Ornithologists union in 1952. He was a Scientific Fellow of the Zoological Society of London and a Fellow of the Linnean Society, Vice President of the Wildfowlers Association of Great Britain and Ireland, and also Vice President of the Kent Naturalist Trust. He established the Harrison Zoological Museum Trust, further developed by his two sons to become an influential catalyst in the development of wildlife-based education and conservation projects around the world. He was also an early pioneer in developing principles of adapting disused gravel pits into nature reserves.