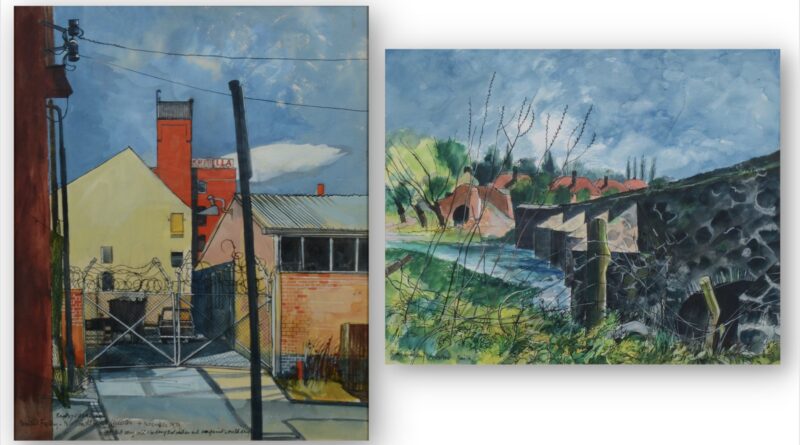 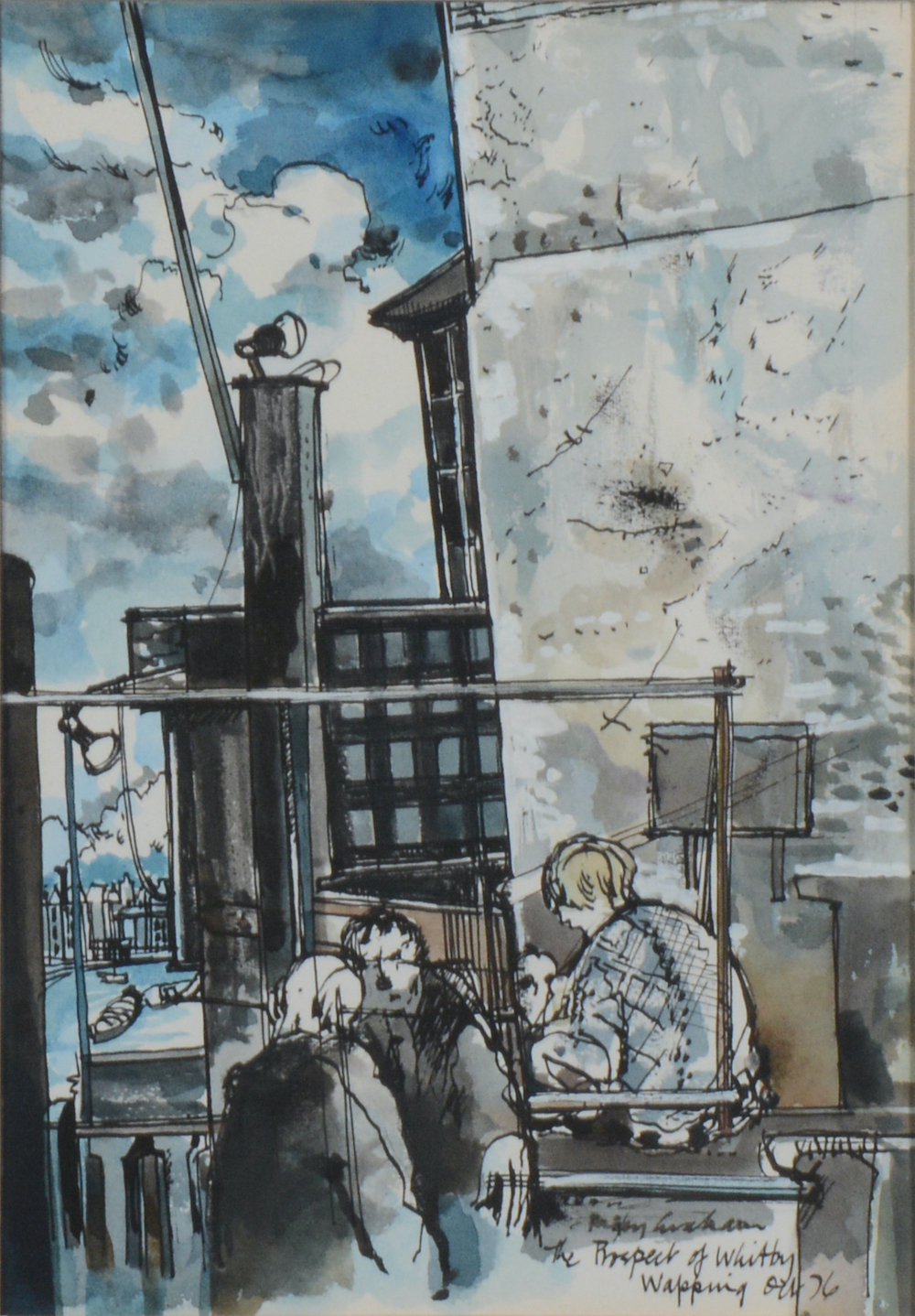 Many of the artworks in the auction were in watercolour and ink, depicting scenes from Graham’s home town of Leicester, mainly dating from the 1970s and shown at Graham’s 1980 exhibition at The Gadsby Gallery in Leicester city centre.

Leicester-related highlights included Packhorse Bridge and Canal Bridge, Aylestone, which sold for £800 and Demolition on Walnut St, which sold for £700. Britella Factory, New Pringle St and Jig at Acresford sold for £500 and £480 respectively.

“As this was our first auction with bidders back in the room since the pandemic, it was a great pleasure to sell these paintings by such a talented and well-respected local artist,” commented Gildings director and 20th-century art and design specialist, Will Gilding. “Rigby Graham was inspired both by German expressionism and the English neo-romantics such as his contemporary John Piper. He was best known for his striking depictions of a world undergoing constant development and change.”

As well as finding inspiration in and around his home city, Graham’s unique creativity was also sparked on his travels, notably in Ireland. This auction also included a 1973 watercolour titled Ballinalacken Castle, County Clare, which sold for £700.

Rigby Graham was born in 1931 and moved to Leicester with his family in 1942. He attended Leicester College of Art, where he later lectured in design, printing and bookbinding. His art career never brought significant financial rewards, and he actively disliked the London art scene, making it a policy never to ask his dealer how much his pictures made. Despite this, he was awarded an MBE in 2010 and an archive of his work is kept at Manchester Metropolitan University. Also, his long association with the Goldmark Gallery in Uppingham, Rutland, is reflected in their exhibition of his work this spring.

Rigby Graham was also a prolific book illustrator and writer, both with his own presses and for other publishers, with over 300 books to his name, some of which he even made the bindings and paper for. This auction also included a book, Graham’s Leicestershire, signed by Graham, which sold for £420.

“This book was a tour-de-force of a project commissioned by Graham and Bill Gadsby of The Gadsby Gallery and inspired by 19th-century Leicester topographical artist John Flower’s Views of the Ancient Buildings in the Town and County of Leicester,” added Will Gilding. “Conceived as a chronicle of the city and county, it was an ambitious project that Graham accepted on the condition that it would not be a ‘namby-pamby book.’ Due to its lavish nature, the project was nearly abandoned, but was eventually produced in a limited edition of 150, of which this example is numbered 22 and sold in its green cloth boards and red slip case.”