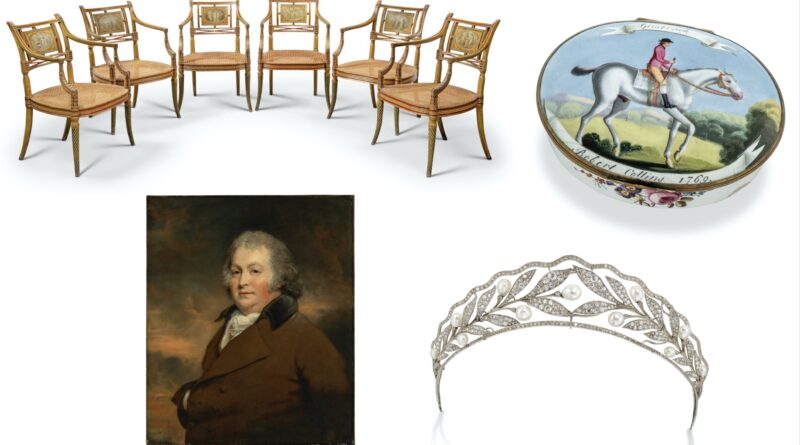 London auctioneers Christie’s will offer 170 lots from The Collection of the late Lord and Lady Swaythling in a live auction on May 27. 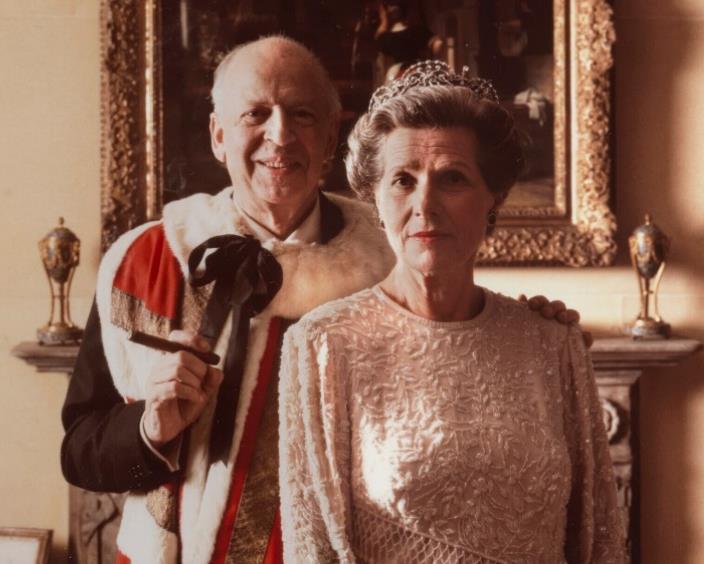 Lord and Lady Swaythling established their own collection to which these inherited works were added, becoming part of their striking modern London residence and their country house in Newmarket.

The sale comprises impressionist and modern paintings, jewellery, furniture, decorative arts and silver, Old Master paintings, Chinese ceramics and works of art. With estimates ranging from £300 to £300,000, the collection is expected to realise in the region of £1 million. The sale is led by Notre-Dame, effet de soleil from 1906 by Francis Picabia, which is estimated at £200,000-300,000, which is part of a rare group of early works by the artist in the sale.

Lord Swaythling was a descendent of Benjamin Goldsmid (circa 1753-1808), a celebrated financier and friend of Lord Nelson, and the maternal grandson of the revered connoisseur collector The Hon. Nellie Ionides (née Samuel). He was Chairman of his family’s banking firm Samuel Montagu & Co (1970-73), of Orion Bank (1974-79) and of Rothmans International plc (1988-98) and Director of J. Rothschild Holdings (1983-89). After taking up his seat in the House of Lords (1990-98) his maiden speech was in support of what would go on to become the War Crimes Act in 1991. With a keen interest in racing and breeding horses, Lord Swaythling was a founding member of the British Horse Racing Board. Although he focused mostly on flat racing, perhaps his most famous racehorse –  Zongalero – finished second in the 1979 Grand National. Involved in print media and television, he was a founding director of London Weekend Television, now part of ITV London, and held the position of director at The Daily Telegraph (1985-1996).

Charlotte Young, Specialist Head of Sale, Private and Iconic Collections, commented: “It is a privilege for Christie’s to be entrusted with the paintings, furniture and objets d’art which filled David and Ninette Montagu’s striking London residence, almost 100 years after Christie’s sold the 1st Lord Swaythling’s Renowned Collection of Silversmith’s Work in May 1924, previously on loan to the Victoria & Albert Museum. Many of the lots in the collection were inherited from the 1st Lord Swaythling, and the 4th Lord Swaythling’s grandmothers Gladys, Lady Swaythling and the Hon. Nellie Ionides. This sale provides the opportunity to acquire works of art with a fascinating history, some of which have been in the family for over two hundred years.”

Examples of impressionist and modern art includes a group of four early works by Francis Picabia, led by the magnificent Notre-Dame, effet de soleil, 1906. Among the landscapes by Picabia, which adorned the Dining Room walls, is Untitled (Vaches dans les pleins de Normandie), painted in 1905, estimated at £40,000- 60,000. Another highlight among the paintings is Deux cavaliers au bois by Kees van Dongen, which appealed to Lord Swaythling’s love of horses, estimate of £150,000-250,000. It is one of a number of the impressionist paintings inherited from Lord Swaythling’s mother, Mary Elliott-Blake (née Levy), along with La Belle Irlandaise by Jean-Louis Forain, circa 1890, which is estimated at £20,000-30,000, and two watercolours by Raoul Dufy including Le Pesage à Deauville, circa 1930, estimated at £25,000-35,000.

Among the forty lots of jewellery offered from the collection is the group of four Swaythling tiaras, led by an early 20th-century diamond and pearl tiara made by Koch, who supplied jewels to European royal households, estimated at £80,000-120,000. The group also features a Belle Epoque diamond tiara, estimate of £15,000-20,000. The other two tiaras both convert into necklaces: a 19th-century diamond fringe example with old cushion-shaped diamonds, estimated at £30,000-50,000, and a late 19th-century tourmaline and diamond example dating to the 1890s, which carries an estimate of £15,000-20,000.

Old Master paintings include the star amongst a group of three family portraits by Arthur William Devis: a monumental group portrait of the children of the financier Benjamin Goldsmid, painted in 1800 and estimated at £80,000- 120,000, inherited by Lord Swaythling by descent from his grandmother, Gladys Montagu (née Goldsmid) (1879-1965). Thought to have been commissioned as a centrepiece for their newly built home, Elm Grove, Roehampton, the dog’s collar is inscribed ‘Roehampton’. It is rare for three commissioned works by the same artist to remain in the original family for over two centuries. Also included is a Portrait of Benjamin Goldsmid by Sir William Beechey, estimated at £3,000-5,000. A maid pumping water in a kitchen interior by Cornelis Bisschop, estimated at £50,000-80,000, is a remarkable painting from the collection of Samuel Montagu, 1st Lord Swaythling (1832- 1911), whose main residences were an Italianate mansion on Kensington Palace Gardens and South Stoneham House, Swaythling, Southampton. Amongst his collection was Stratford Mill on the Stour by John Constable, now in the National Gallery in London.

Much of the furniture offered in the sale comes from Lord Swaythling’s maternal grandmother The Hon. Nellie Ionides (1883-1962), who was introduced to her second husband the interior designer and architect Basil Ionides through a mutual friend, furniture historian Margaret Jourdain. The Ionides shared a passion for collecting and together embarked upon rescuing Buxted Park, Sussex from dereliction in the 1930s. Their efforts were celebrated by Christopher Hussey in Country Life in 1934 and 1950, (following further restoration after a fire in 1940); the images enable a number of the furniture lots being offered to be traced back to Buxted, including: a handsome George III marquetry commode, attributed to Henry Hill, estimate of £25,000-40,000; a set of six George III polychrome-decorated armchairs, estimated at £12,000-18,000; and a George III polychrome-decorated satinwood dressing-commode, estimated £12,000-18,000.

Nellie Ionides’ collections included an important group of English 18th century enamels, eighty of which are included in this sale. Her enamel collection was formerly at Berkeley Square and later moved to Buxted for safety during the Blitz. Mrs. Ionides’ interest in enamels cemented a friendship with H.M. Queen Mary, who was also an avid enamel collector; both collections were featured in T. and B. Hughes, English Painted Enamels in 1951. The group includes a rare example of a painted enamel vase-shaped wall-clock, circa 1765, estimated at £6,000-10,000. The breadth of the decorative arts and silver is reflected by other works offered, including Chinese green enamelled dragon dishes, Daoguang six-character seal marks, estimate of £8,000-12,000); a Chelsea-Derby porcelain part dessert-service, circa 1780, estimated at £2,000-3,000formerly in the collection of the 9th Duke of Hamilton; and a George III silver epergne, mark of Robert Hennell, London, 1781, estimated at £8,000-12,000 acquired by the 1st Lord Swaythling over one hundred years ago.