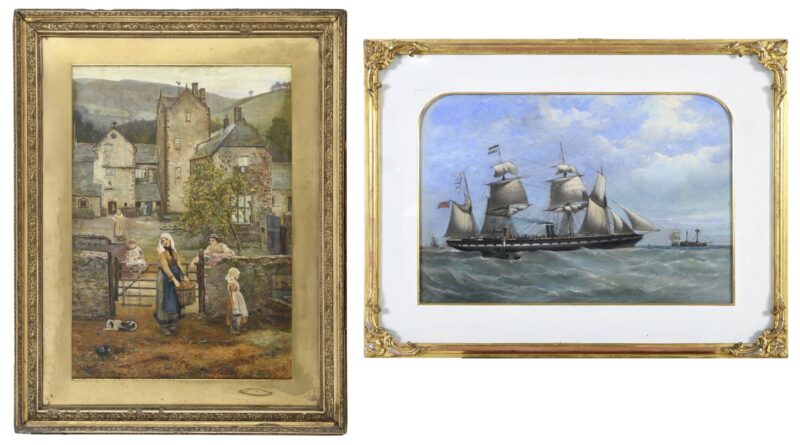 Two large watercolours easily exceeded their estimates: a 83 x 58cm view of Combe Sydenham house on the Quantocks by Edward Gurden Dalziel, 1870, possibly a Royal Academy exhibit in 1871, made £3,250; and another RA picture by John Henry Henshall, entitled Resignation (1918), measured 77 x 56cm and made £3,000 after determined bidding.

Two large drawings by Dame Elisabeth Frink from 1962, one of a horse’s head and the other of a fallen warrior, showcased Frink’s skill with dramatic themes that portrayed the vulnerability of strength. These made £3,500 and £4,750. 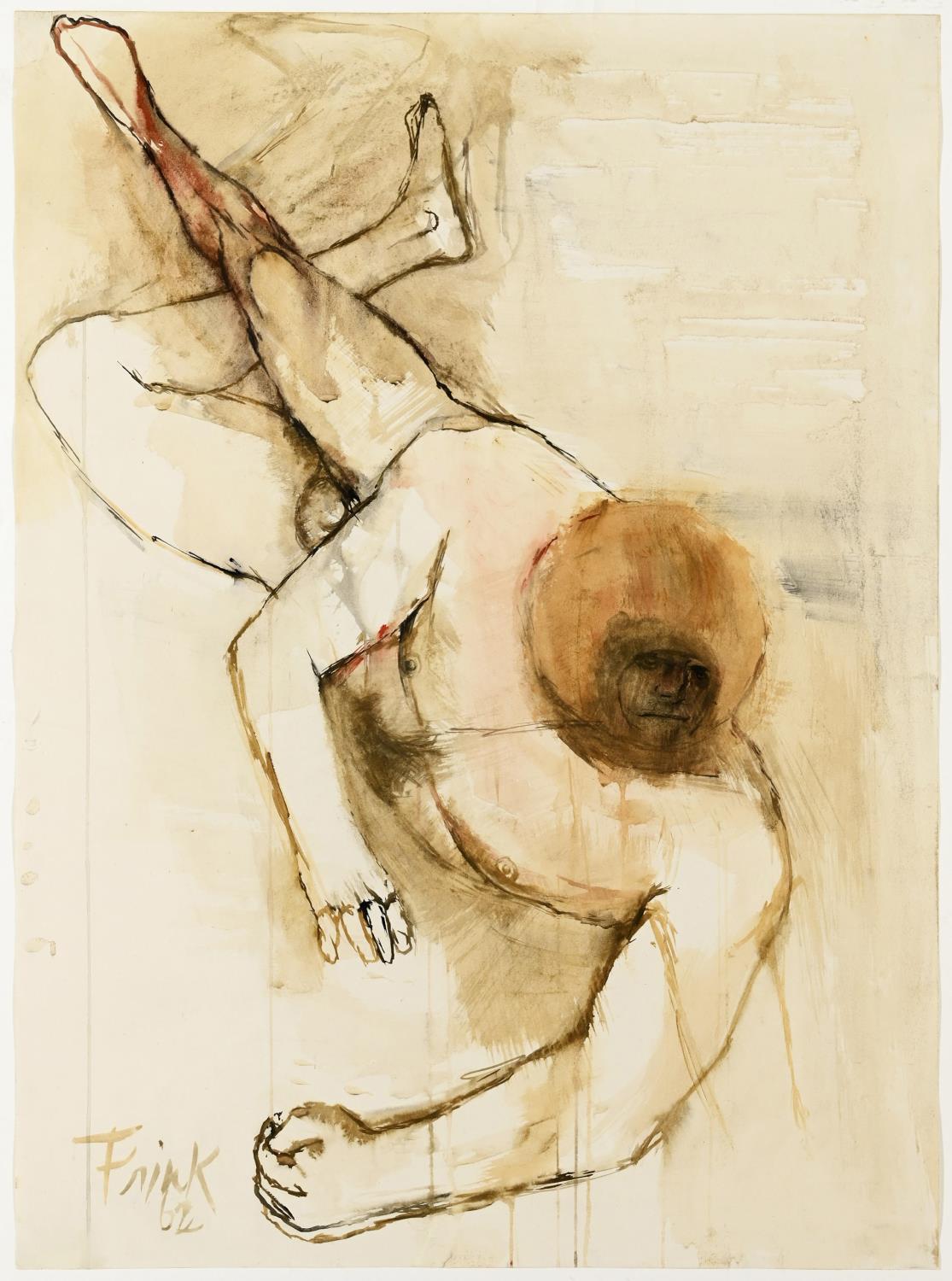 A 1984 view from the artist’s studio, by the notable Welsh artist Peter Prendergast, just overtopped its estimate to make £4,000, and a small but sensitively coloured still life of plums by Scottish artist Stanley Cursiter, appearing for the first time since it was purchased in 1958, made £8,125. A more modern oil on board scene at Combe Sydenham house by Felix Kelly (1964) made £5,500.

Two unexpectedly strong prices were paid for entirely different pictures. A twilight landscape scene in oils, entitled Evening by the Midlands artist William Kiddier (1859-1934) surged beyond its estimate of £400-600 to make £6,875 (almost ten times any other price paid for this artist’s work in any auction). A beautifully refined and rare pastel drawing by Samuel Walters of the celebrated Brunel vessel SS Great Britain from 1852 attracted a number of bidders. The artist’s work on paper is almost unknown with only one other pastel recorded. This impressive picture was bid to £11,250 (lot 532), a price more commensurate with a large oil painting by the distinguished Merseyside artist.