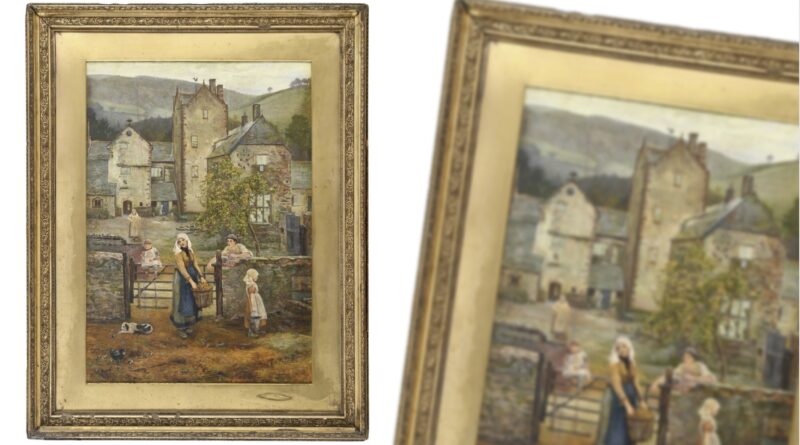 The focused determination of one bidder ensured that a group of lots relating to the historic manor house Combe Sydenham in Somerset all ended up ‘back where they belong’ after some spirited bidding at Lawrences Auctioneers in Crewkerne recently.

“In the age of the internet, auctions may scatter art and antiques across the globe but sometimes they can gather antiques back into a collection too,” observed Helen Carless, Lawrences’ Managing Director. “We were fortunate to have been given the opportunity to sell four lots that each related to one historic house in Somerset and the current owner bought them all to place back in the family collection.” 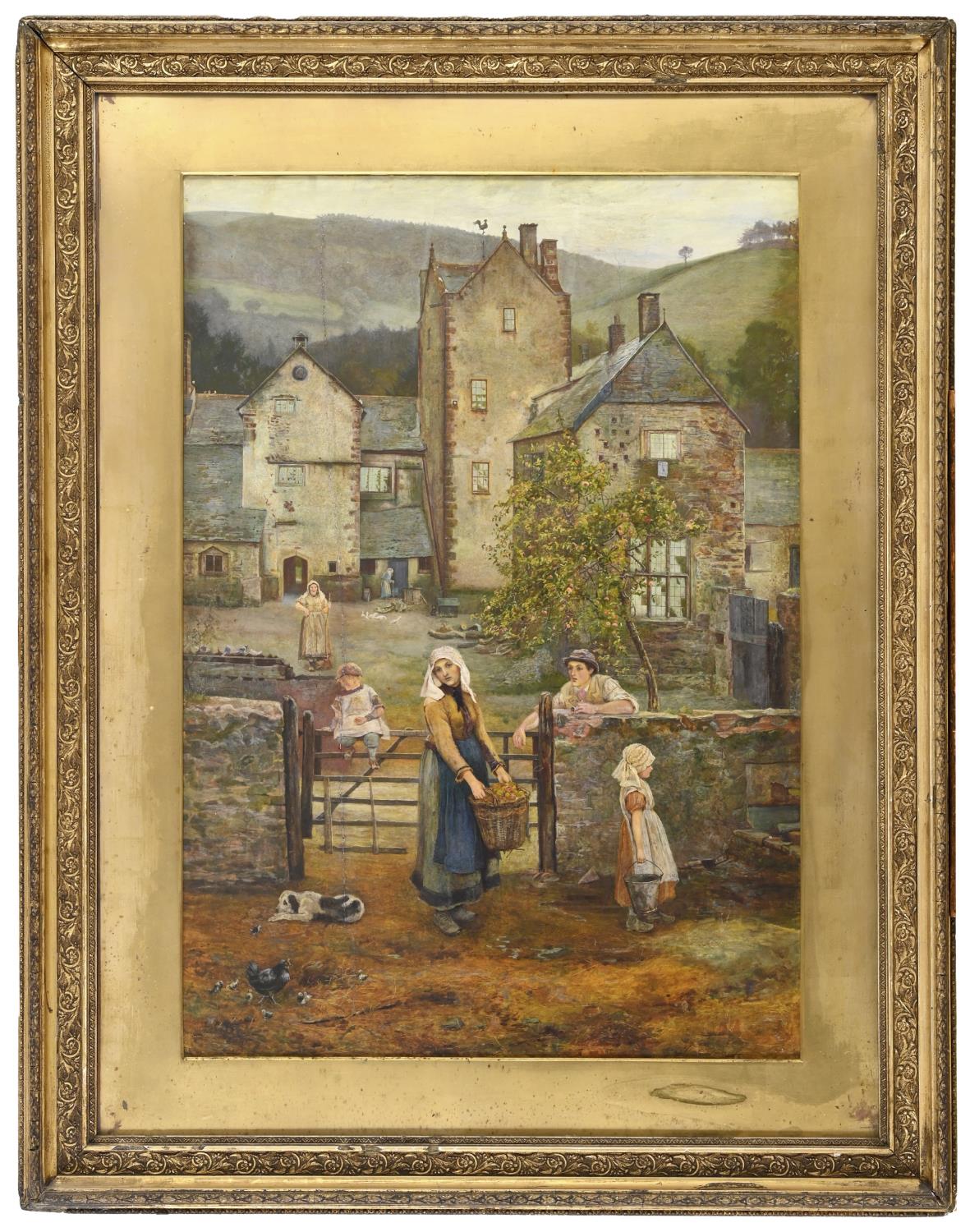 A Victorian oil painting by John Adams Whipple, also depicting the house, made £400. This picture had been spotted by the vendor’s father in the window of an antique shop in Kensington and was recognised immediately. 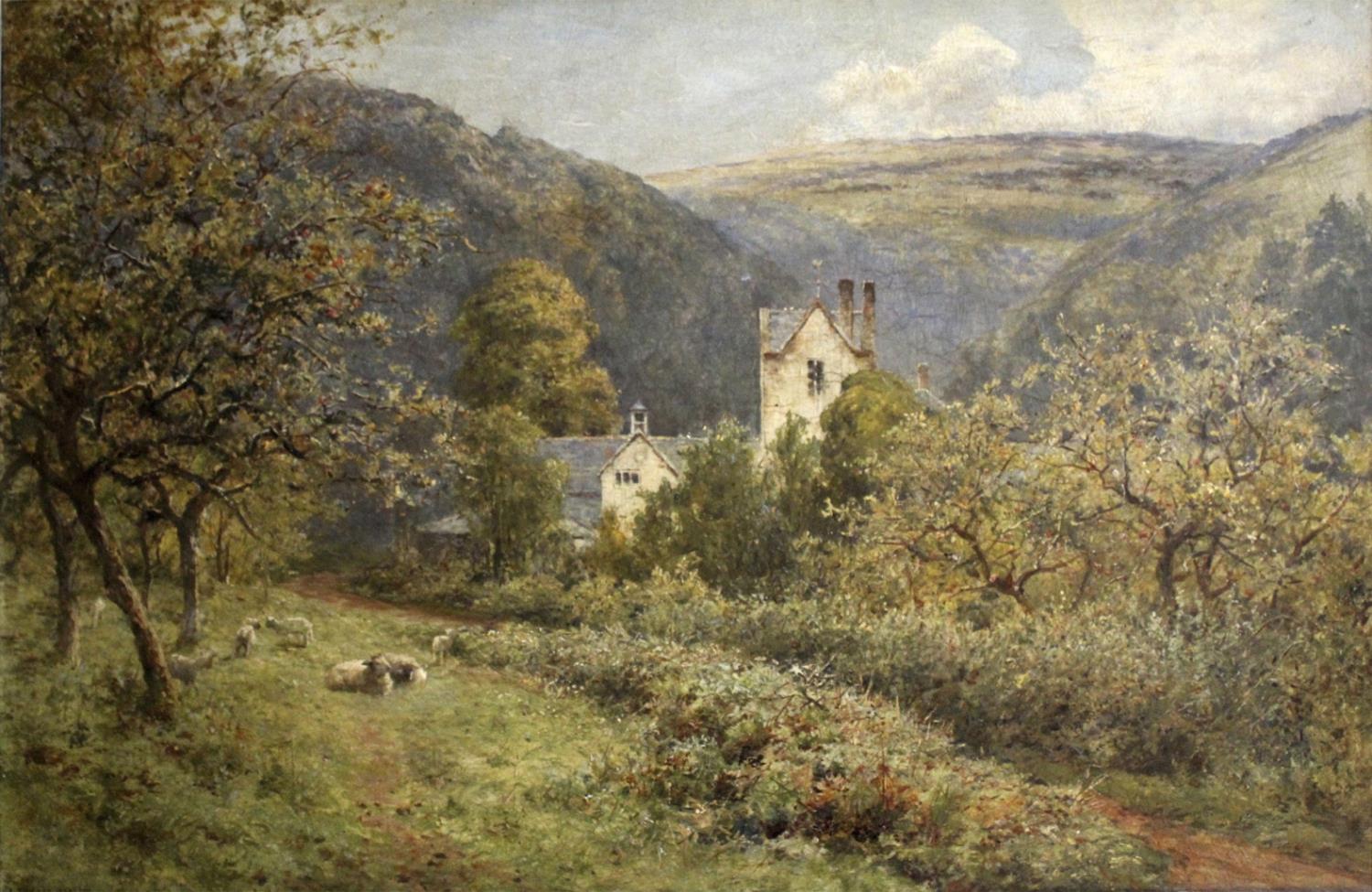 A more modern oil on board of an atmospheric moonlit scene at Combe Sydenham house, painted by Felix Kelly in 1964, made £5,500. 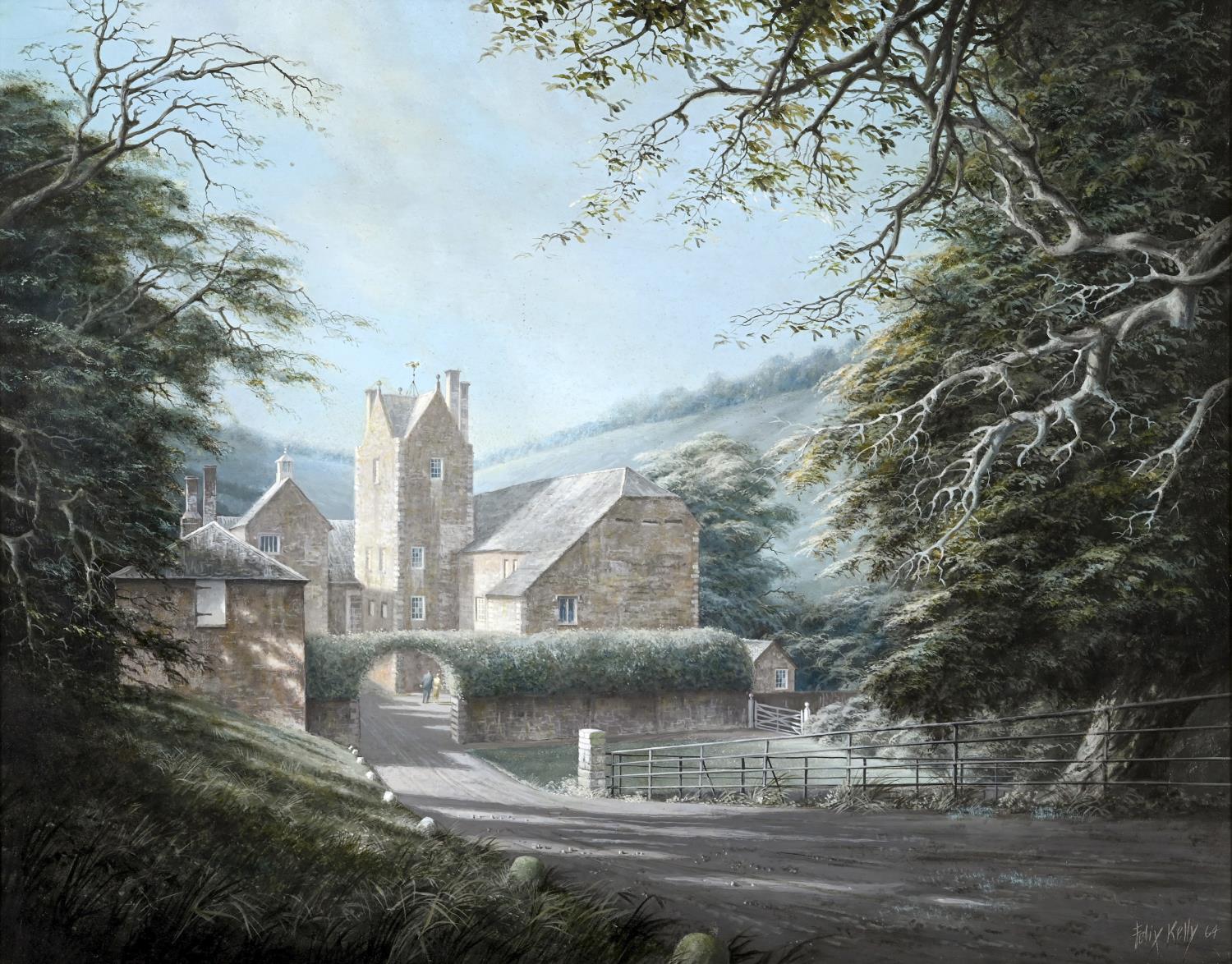 On the following day, a pair of mid-18th-century red and polychrome painted Windsor armchairs that had been made for John Perceval, 2nd Earl of Egmont (1711-1770) in about 1756, were offered for sale. The chairs were sold at a sale at Enmore Castle in 1899 and went subsequently to Combe Sydenham. A similar chair is now in the Victoria & Albert Museum and other chairs from the suite have appeared at intervals, including another pair at Lawrences some years ago. The superb provenance and strikingly decorative design of the pair ensured that the price topped £15,000 and these have also returned to the house. 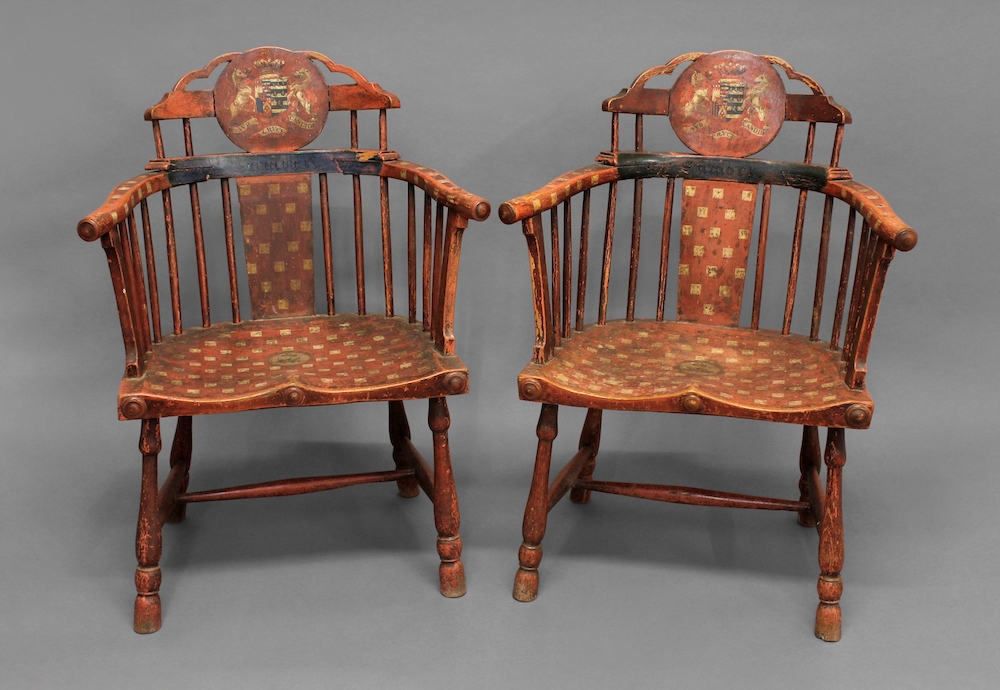 The buyer of all four lots, William Theed, commented that he had sat on these very chairs when he purchased the house in the 1963. “We are delighted that these lots have travelled a little in their time but are now back in the place where their relevance is so strong,” said Mrs Carless. “Mr Theed was very eager to acquire them and he was bidding in the room on each sale day.”

The lots contributed to a very successful auction that totalled £1m across four days of selling.