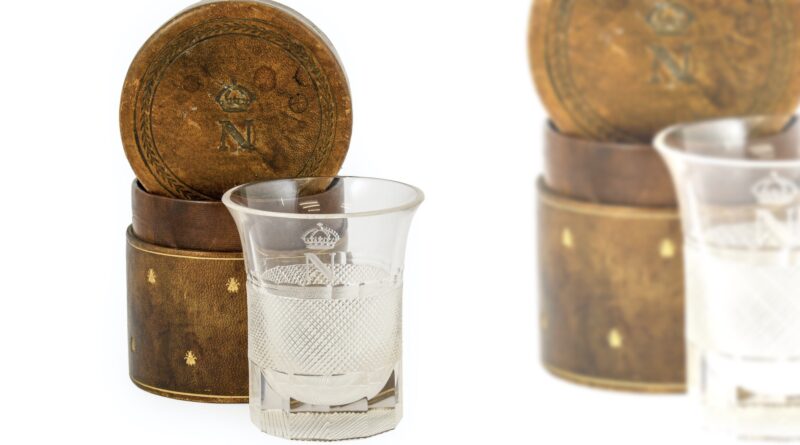 A cut glass gobelet that accompanied Napoleon I whilst on campaign is coming up for auction in North Yorkshire in July at Tennants Auctioneers with an estimate of £1,000-£1,500.

While on campaign, Napoleon demanded that he was looked after in the manner to which he was accustomed in the Imperial Palace, surrounded by luxurious goods that befitted his rank and served to the highest standards of formal etiquette. 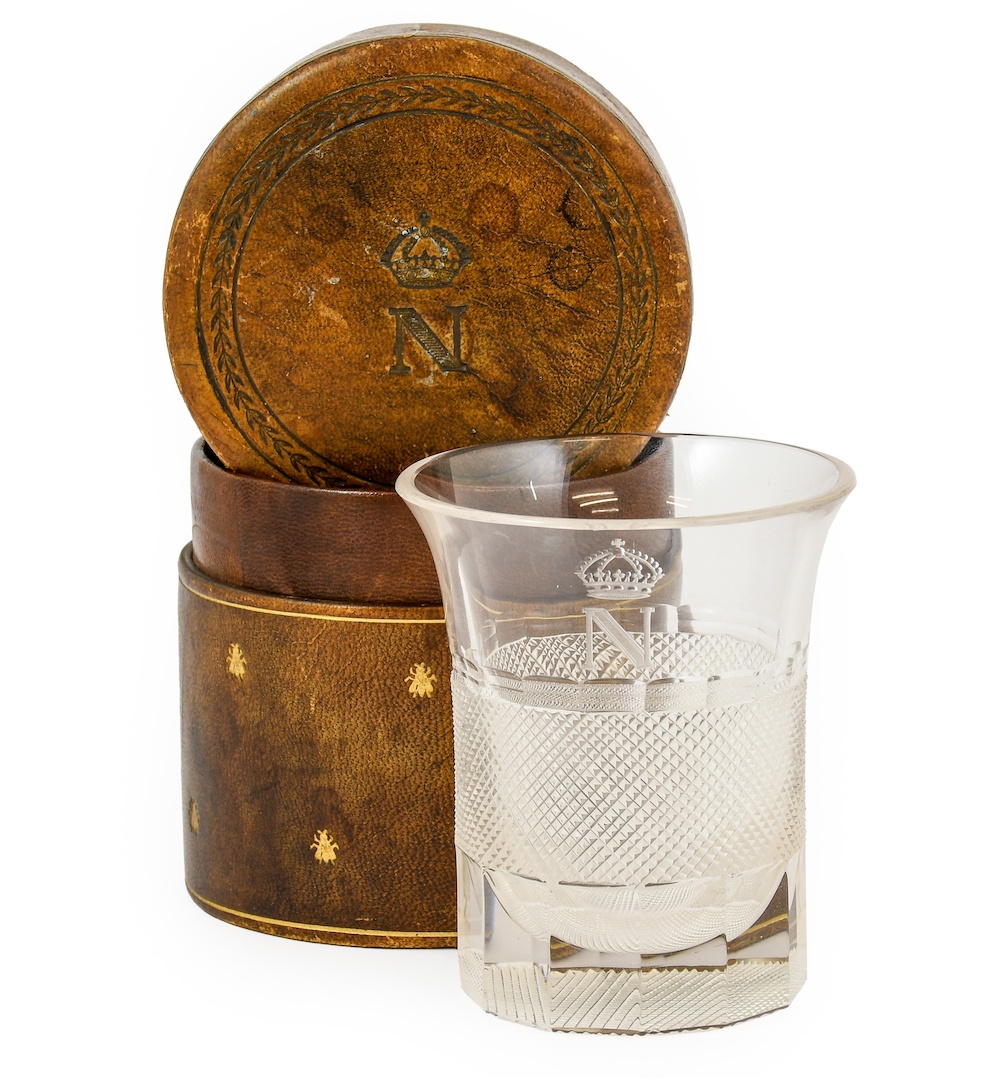 As such, his encampment was equipped with specially commissioned campaign furniture and furnishings, each object of such fine workmanship that many pieces were housed in fitted carrying cases during travel.

The present glass was made by Montcenis, a crystal manufacturer established in 1787 who produced the majority of the glassware for the Imperial Household, as they had for the monarchs of the Ancien Régime.

The glass or gobelet has a twelve-sided faceted base, cylindrical sides decorated with deep diamond-point decoration and a splayed rim, which is engraved with a ‘N’ topped by the imperial crown. The glass is held in a beautifully made fitted brown leather cylindrical case, with green silk velvet lining and the outside embossed with the same crowned ‘N’ and gilt bees.

Napoleon chose the bee as his emblem on ascending to power; not only was the bee the oldest emblem associated with the Kings of France stretching back to the 5th century, but it had long been an important symbol of the resurrection in Christianity. It also was thought to embody industry, hard work and zeal. Napoleon surrounded himself with his emblem, ensuring it was emblazoned on everything from his Coronation Robes to his wallpaper.

According to the Fondation Napoleon, who hold a similar example in their collection, these glasses would likely have been used during Napoleon’s last campaigns of 1814 and 1815, and only a handful of other examples are known. The glass is being sold from a Private Family Collection in the North West of England.

The sale takes place on July 16.