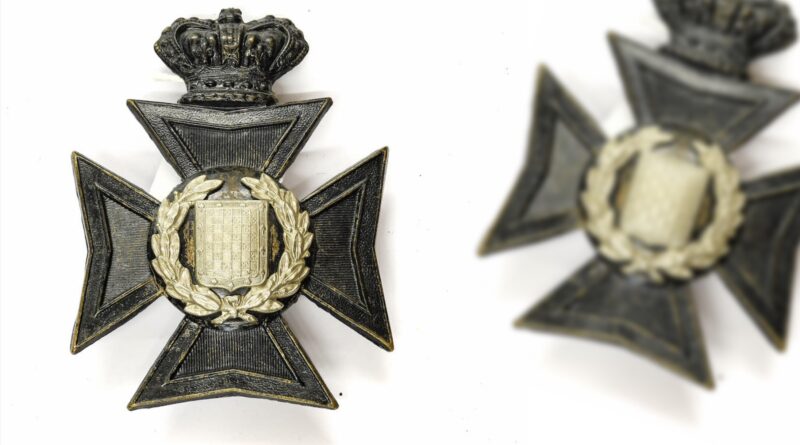 An extensive collection of police helmet plates, badges, belts, handcuffs, and helmets dating from the Victorian era and the first half of the 20th century are coming up for sale in a North Yorkshire auction house.

Tennants Auctioneers’ Militaria and Ethnographic Sale takes place on June 15. The collection, which is being sold in 130 lots, is expected to sell for a combined hammer price of £15,000-25,000.

Highlights of the collection included a rare Victorian officer’s helmet plate to Grantham Borough Police, the force having been established in 1836, estimated at £2,000-3,000; a rare Greenock police black leather belt, estimated at £150-200: and a rare pre-1935 Lincolnshire Constabulary woman’s helmet, carrying an estimate of £400-600. 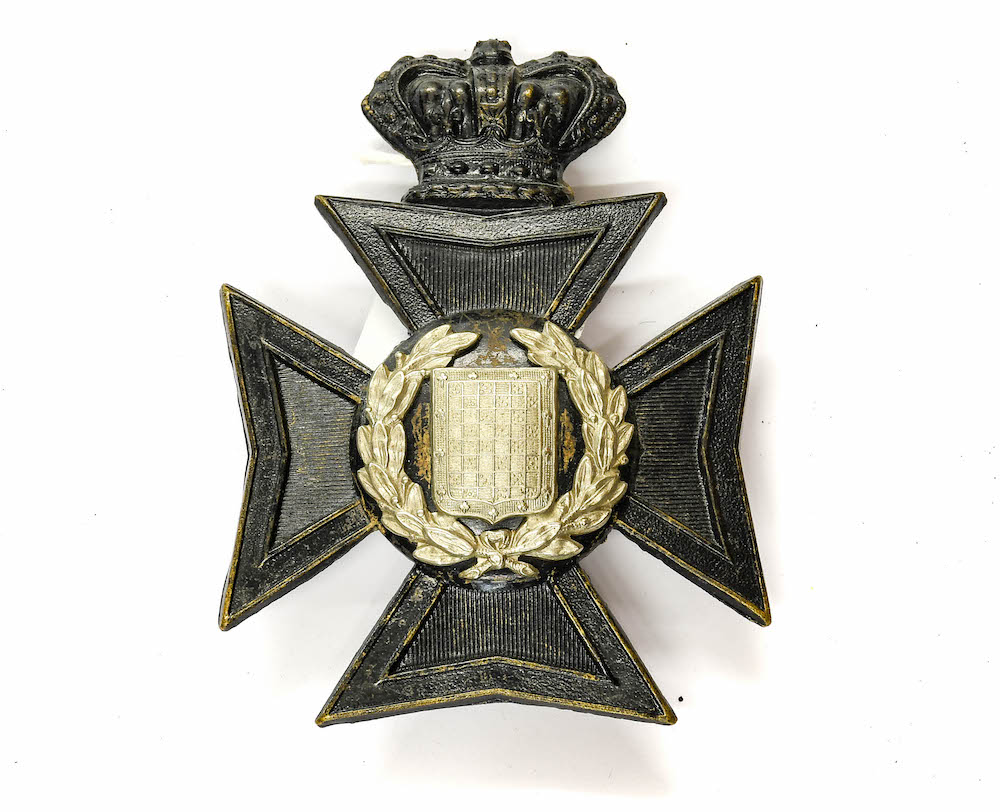 Among further private collections in the sale is an interesting collection of powder horns and flasks. Unusual examples in the collection include a 19th-century South African powder horn, of polished cow horn with scrimshaw decoration depicting the Battle of Blood River with Boer trackers and Zulu warriors, with an estimate of £500-800. 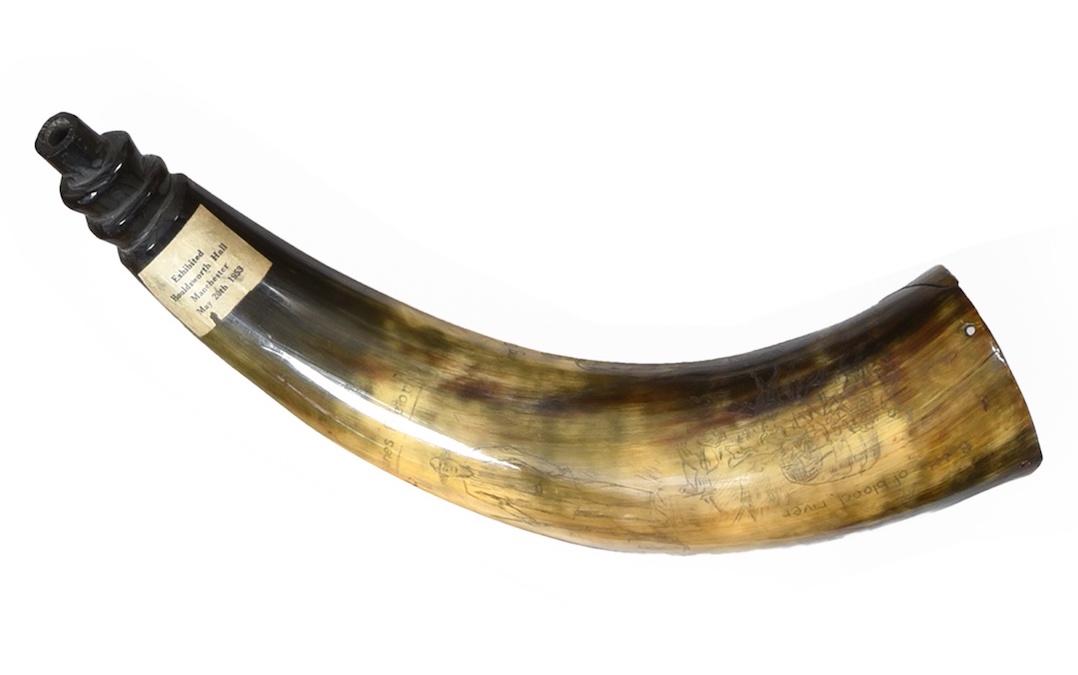 Exhibited at Houldsworth Hall, Manchester in 1953 and at Granada Television in 1960, the powder horn was once the property of the pawn brokering Gilberts family of Manchester, three generations of which collected powder horns and flasks. Further interesting lots from the collection include a good 19th-century large copper entwined dolphin powder flask by Bartram & Co., with a £350-450 estimate; and a good 19th-century large copper gun stock powder flask by Dixon & Sons, estimated £200-300. 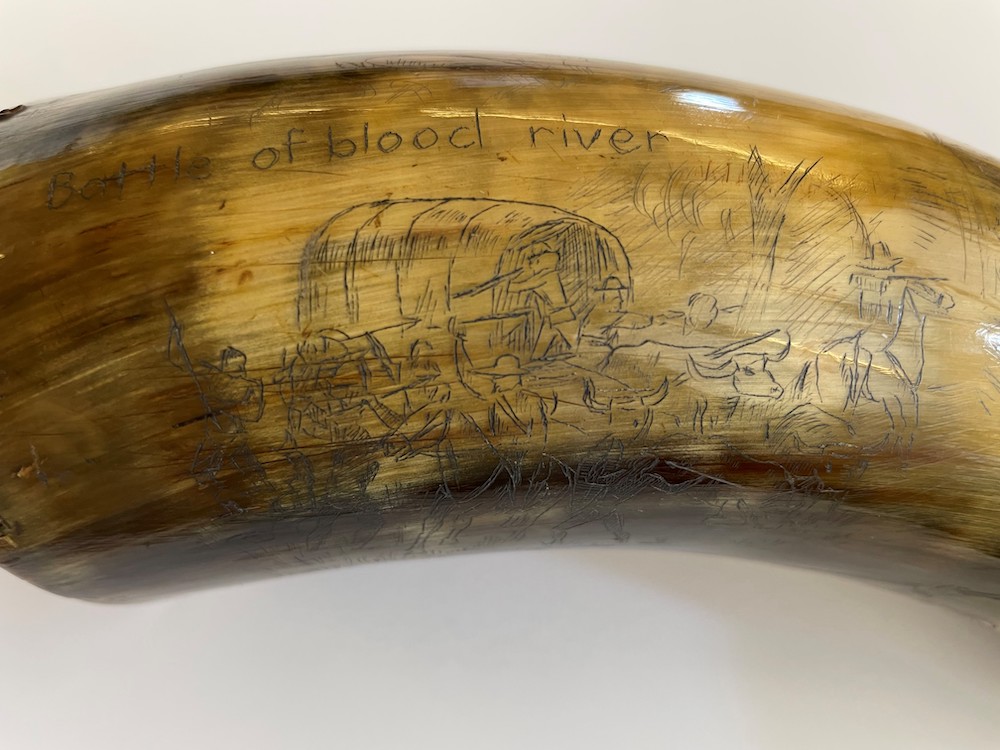 Of aviation interest are a group of early aeroplane propellors and part-propellors, many of which were used to illustrate books on the subject which are also included in the sale.

Interesting lots include an early 20th-century half propeller blade for a Sopwith Scout by Morris & Company Ltd, estimated at £200-300. Also of note is an observer’s and air gunner’s flying log book, relating Field Marshall Montgomery’s D-Day Bluff, estimated at £150-250. The book belonged to Flight Officer Donald Rawnsley, an RAF air gunner who flew from Northalt to Gibraltar on May 26, 1944, with Lieutenant Clifton James of the Royal Army Pay Corps, who was on a mission to mislead the Germans. James was Montgomery’s double (with the exception of a missing finger, for which a prosthetic was made), who was sent to deceive Hitler’s high command that the Field Marshall was in the Mediterranean, away from his invasion base, thus confusing the Germans who were taken by complete surprise by the D-Day invasion. The log book, which records the flight, is accompanied by a signed copy of James’ book ‘I Was Monty’s Double’, and a letter from the author to Rawnsley.

A strong selection of guns in the sale include a rare early 18th-century 18 bore breech-loading flintlock sporting gun by John Willowes of London, estimated at £3,500-4,500; a pair of 19th-century officer’s percussion pistols by Wilkinson of London, with an estimate of £3,000-4,000; and a Westley Richards ‘monkey tail’ service pistol (Portuguese Contract), with a £1,800-2,500 estimate.

Among the Ethnographica section of the sale is a collection of Inuit art, comprising 30 lots of knives, weapons, utensils and decorative objects. Of note are a 20th-century Inuit soapstone figure group depicting a woman and child, with an estimate of £400-600; and a 19th-century Inuit fid, a brass spike inserted into a horn handle, estimated at £400-600.