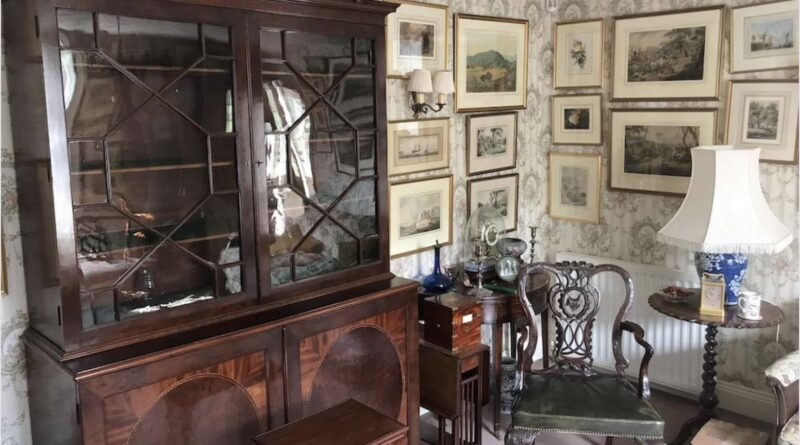 An important connoisseur collection of antiques gathered over a lifetime by an Oxfordshire couple with an enviable knowledge and understanding of quality is set for auction.

The James Anthony and Myrtle Hall Collection will be offered by Hanson Holloway’s Ross in Banbury, Oxfordshire, on June 27. It brings to market 380 lots which, together, could exceed £100,000 at auction. 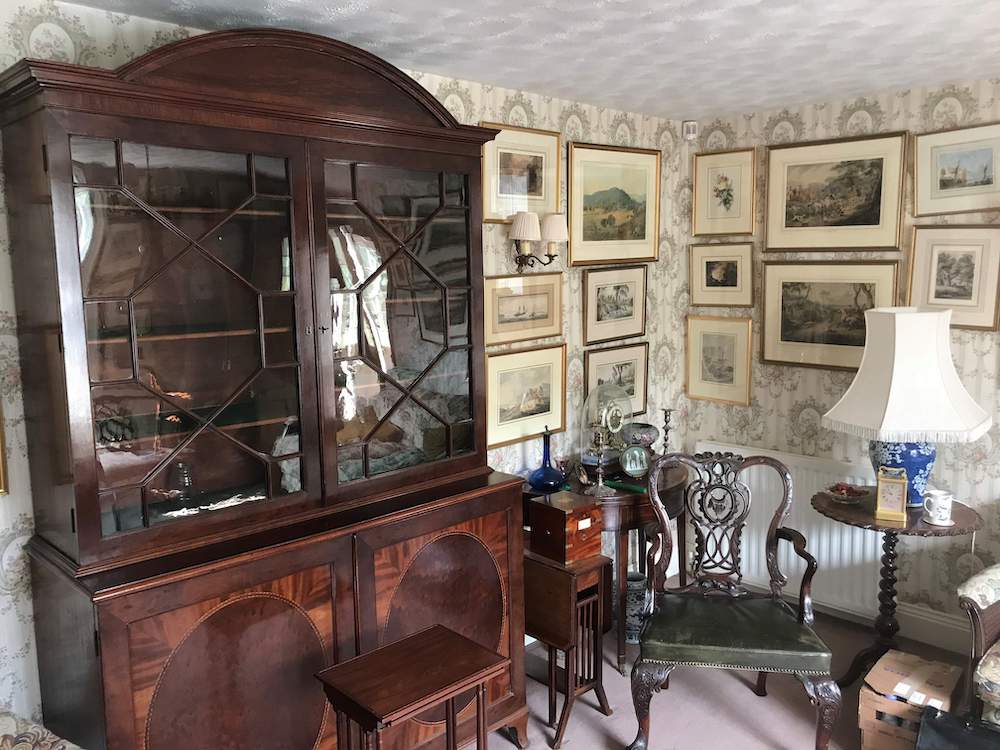 The eclectic mix of antiques graced the Halls’ homes through the decades and demonstrated an astute and methodical approach to collecting only quality items, according to the auction firm.

Jasper Marsh, valuer at Hanson Holloway’s Ross, said: “What a privilege it has been to manage and catalogue the sale of this important collection. It’s been a journey, the like of which I have not experienced for a long time.

“It was fascinating to witness the antiques in situ in the couple’s former property in Northumberland. The Halls’ passion for antiques produced something truly special. Their treasures offer collectors across the world an opportunity to source exceptional pieces. 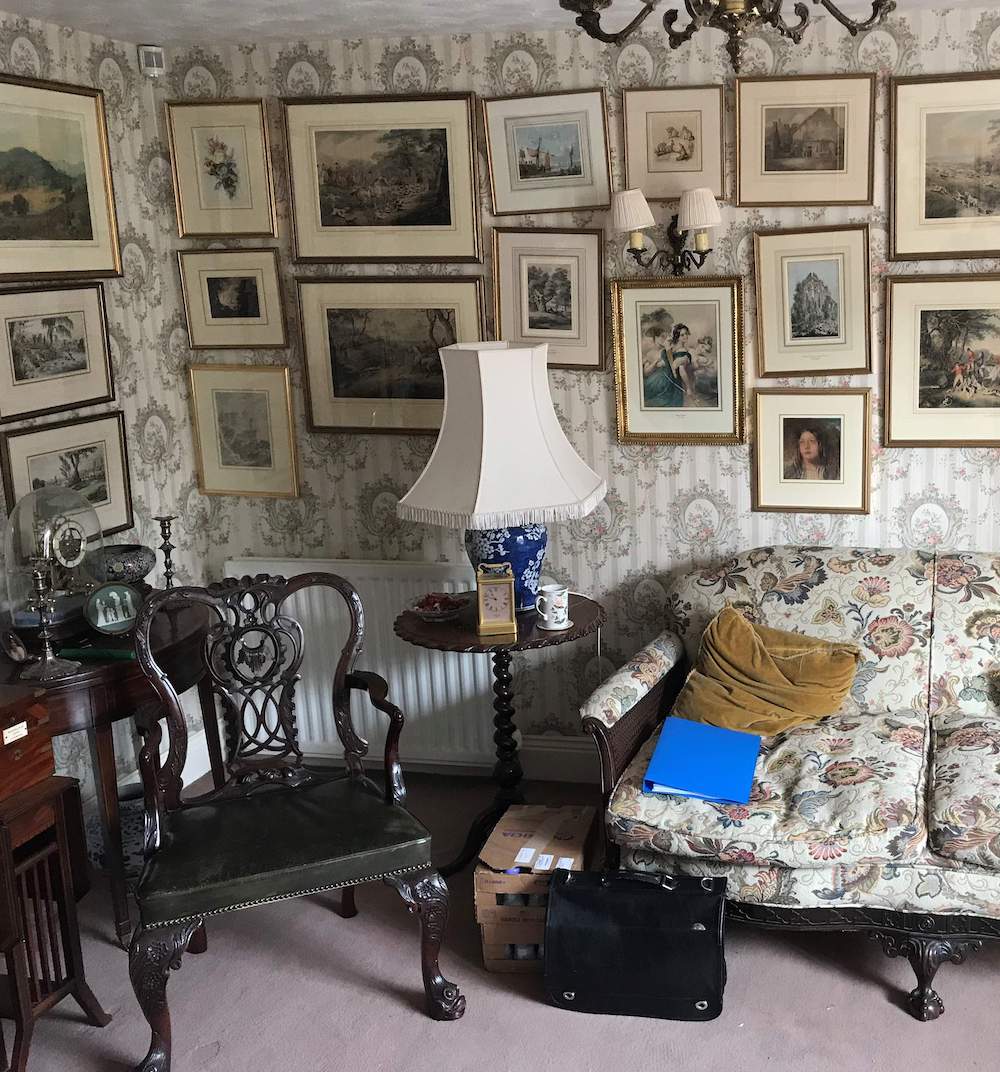 “Lots include important 17th-century Richard Gilkes and early north Oxfordshire Quaker clocks, hence the use of an Oxfordshire saleroom. There are also many other important clocks, James I and other silver, in excess of 100 fine watercolours, early Chinese porcelain, and quality period furniture, all with immaculate provenance.

“The collection was formed over a number of years with quality and provenance being the overarching principle, supported by meticulous records. These state when and where each item was bought together with historical research.” 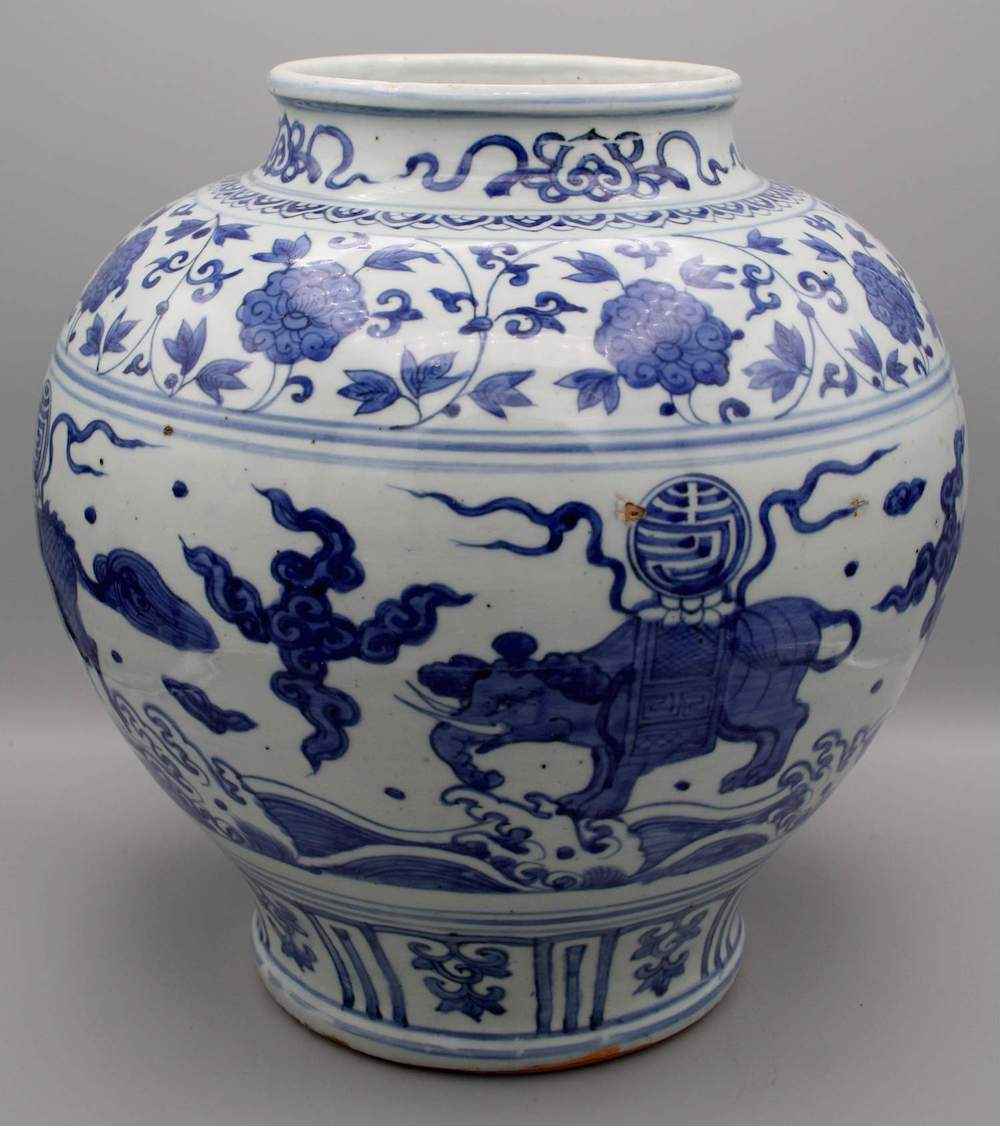 Mr Hall originated from Oxfordshire but his work took him to different parts of the country. Consequently, he and Myrtle first dipped a toe into the antiques trade in the 1970s with a stall in an antique market on Bath Street, Glasgow. They moved back south of the border in 1975 due to Mr Hall’s work in Newcastle upon Tyne. They exhibited at antique fairs in the north of England and later opened an antique shop in Hexham, Northumberland.

On completing the restoration of a Georgian house in the Tyne Valley, Northumberland, the collection grew to encompass the lots in this auction together with an important English lead glass collection, sold at Bonhams in 2008, a British coin collection and antiquarian books including a Pride and Prejudice first edition. 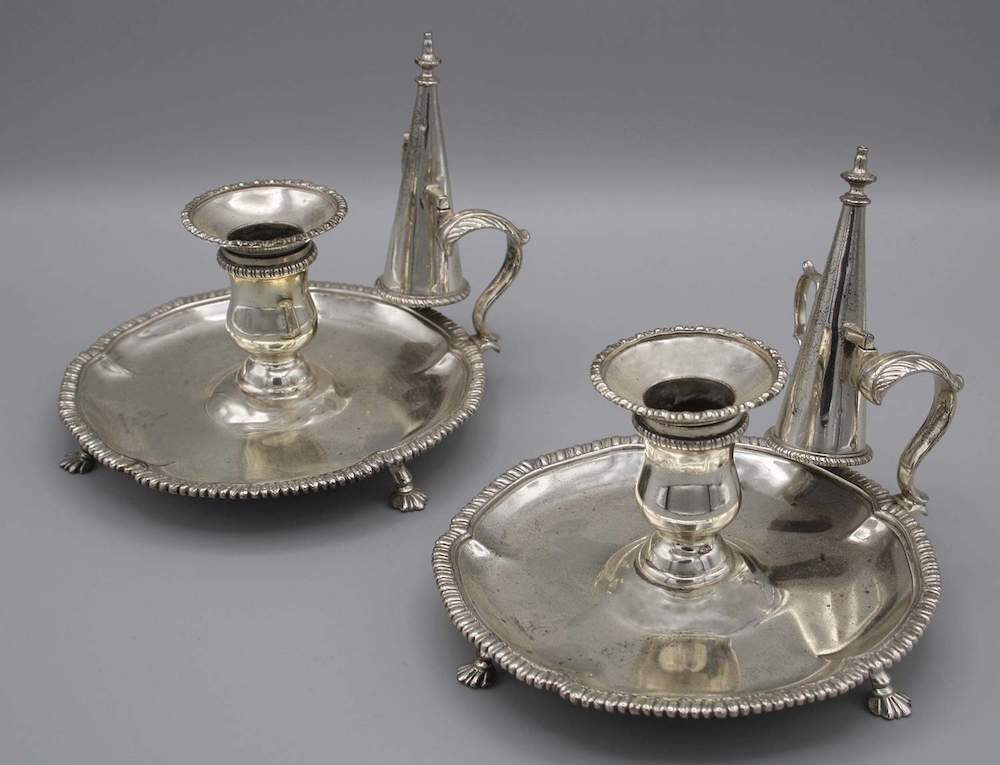 According to his family, he showed great promise from an early age.  In a book, Our Village Today, the author records a conversation, ‘Lord Elton also told me of Anthony Hall, the fourteen-year-old son of the Baker in the High Street, who has already achieved a reputation as a conjuror, a printer, an artist, a photographer, a philatelist and an ornithologist. Obviously a second Benjamin Franklin’.

After a short period working for the Oxford Trustee Saving Bank in Banbury, he took to commerce. Latterly in his business life, he was a founder of Silbury Marketing Limited which has grown from nothing to an annual turnover of £59m. Silbury has its headquarters in Banbury. 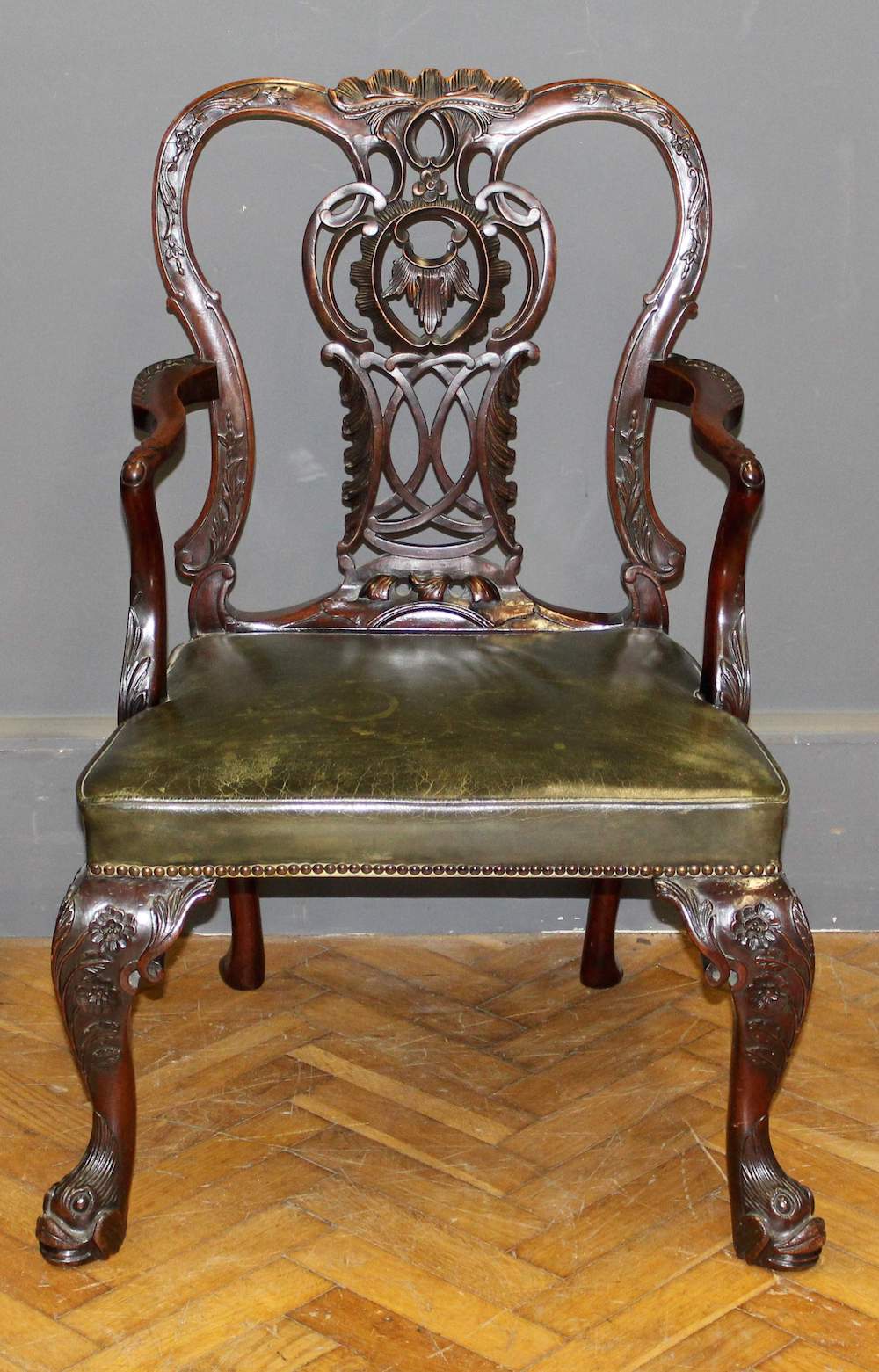 He met his wife, Myrtle, when she arrived in 1959 from rural County Cork in Ireland to train to be a nurse at Horton General Hospital in Banbury. She was the daughter of a gentleman farmer. Myrtle’s elder sister, then living in London, attended the interview for Myrtle presenting various letters of recommendation to the panel.

Myrtle qualified as an SRN in 1963 and practised at Horton as a theatre nurse before the couple moved from their Oxfordshire home at Bowman’s Lea, Aynho, to Stirling, Scotland, with Mr Hall’s job.

Despite moving away from Adderbury in the late 1960s, they were frequent visitors to see family and friends. The Halls greatly enjoyed renewing their acquaintance with the uniqueness that is Adderbury. Previous inhabitants have included Anthony Burgess, author of Clockwork Orange.