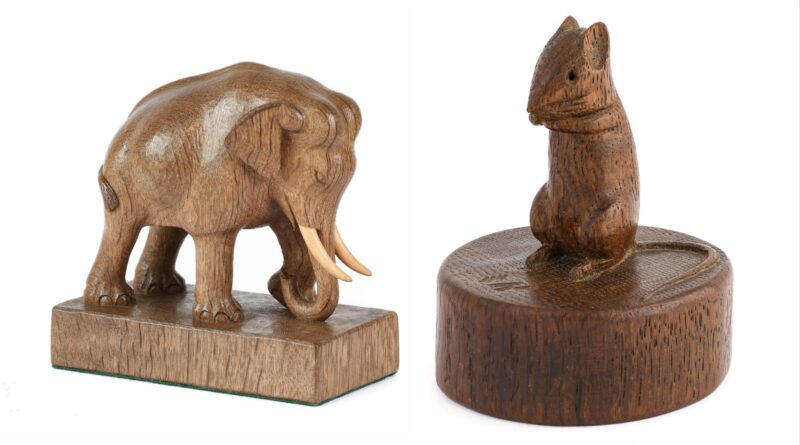 Tennants Auctioneers’ 20th-Century Design Sale saw exceptional prices for pieces by both Mouseman and the ‘Critter’ craftsmen. Topping the sale was a six-foot Mouseman sideboard, which sold for £5,500 – sideboards being among the most popular designs of Mouseman furniture at auction due to their practical and useful nature. A good Burr oak kidney table sold for £2,700, a newel post cap carved in the shape of an owl with mouse in one talon sold for £3,000, a carved mouse standing on a truckle of cheese sold for £3,800, and an oak fox carving by Stan Dodds for Mouseman sold for £5,200. 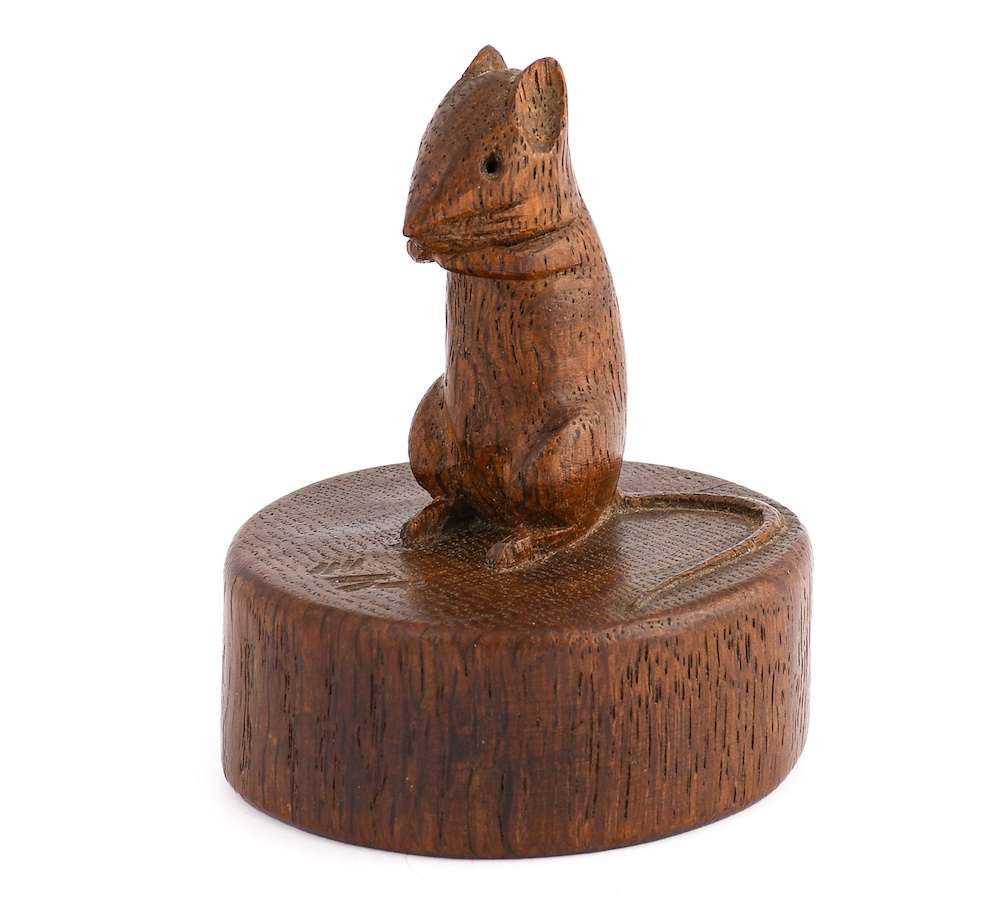 However, it was the strong selection of lots by the other Yorkshire Critter Craftsmen that saw a marked increase in demand, following on from the first ever exhibition dedicated to the Yorkshire Critters which was held at Tennants this spring. Indeed, the sale saw the house record for a carving by Stan ‘Woodpecker’ Dodds under his own name rather that of Mouseman, when a ‘Woodpecker’ carved elephant sold for £5,200. 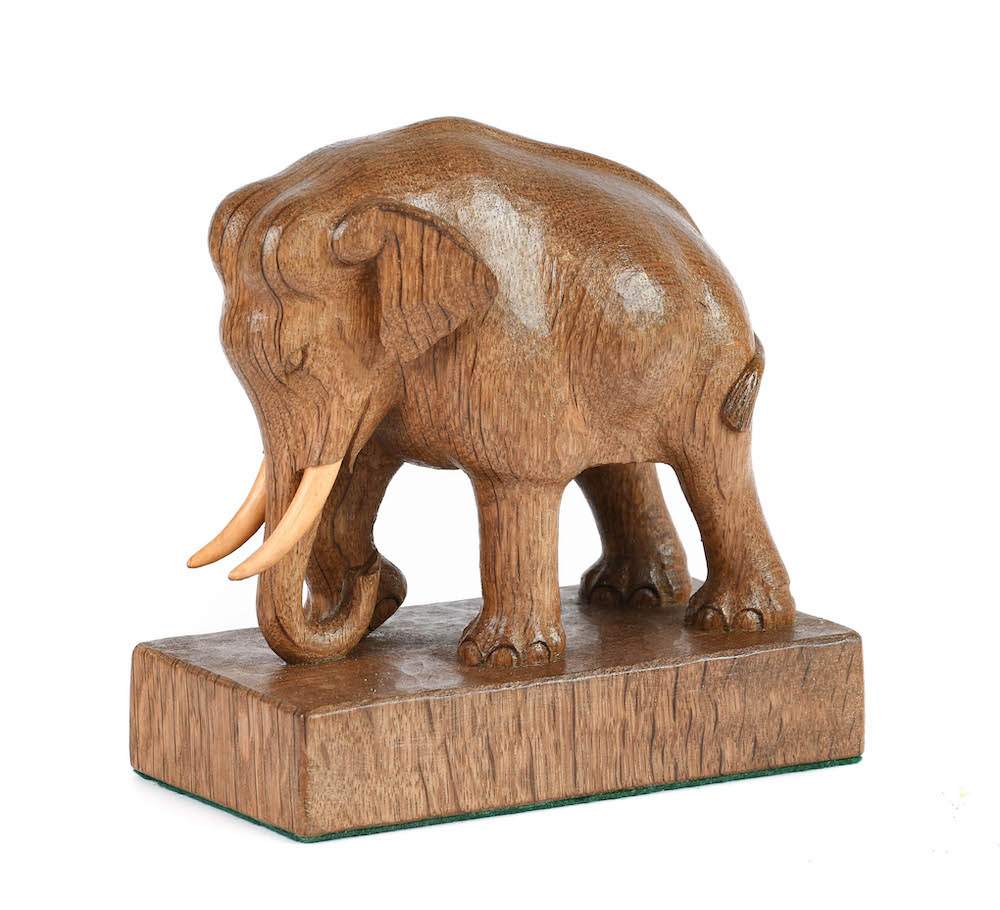 A double pin tray made by Dodds under his earlier Rabbit signature sold well, too, at £1,100 against an estimate of £200-300. Further notable results were seen for pieces from the estate of Horace ‘Knightman’ Knight at Old Mill Furniture such as an oak three-piece suite, which sold for £2,500; an oak panelled dresser, which fetched £2,000; and an oak panelled bureau made by Knight and Sidney Pollard, who taught him his craft, which went for £2,200.

A further oak bureau, this time by Albert ‘Eagleman’ Jeffray, sold for more than double the top estimate at £2,000. 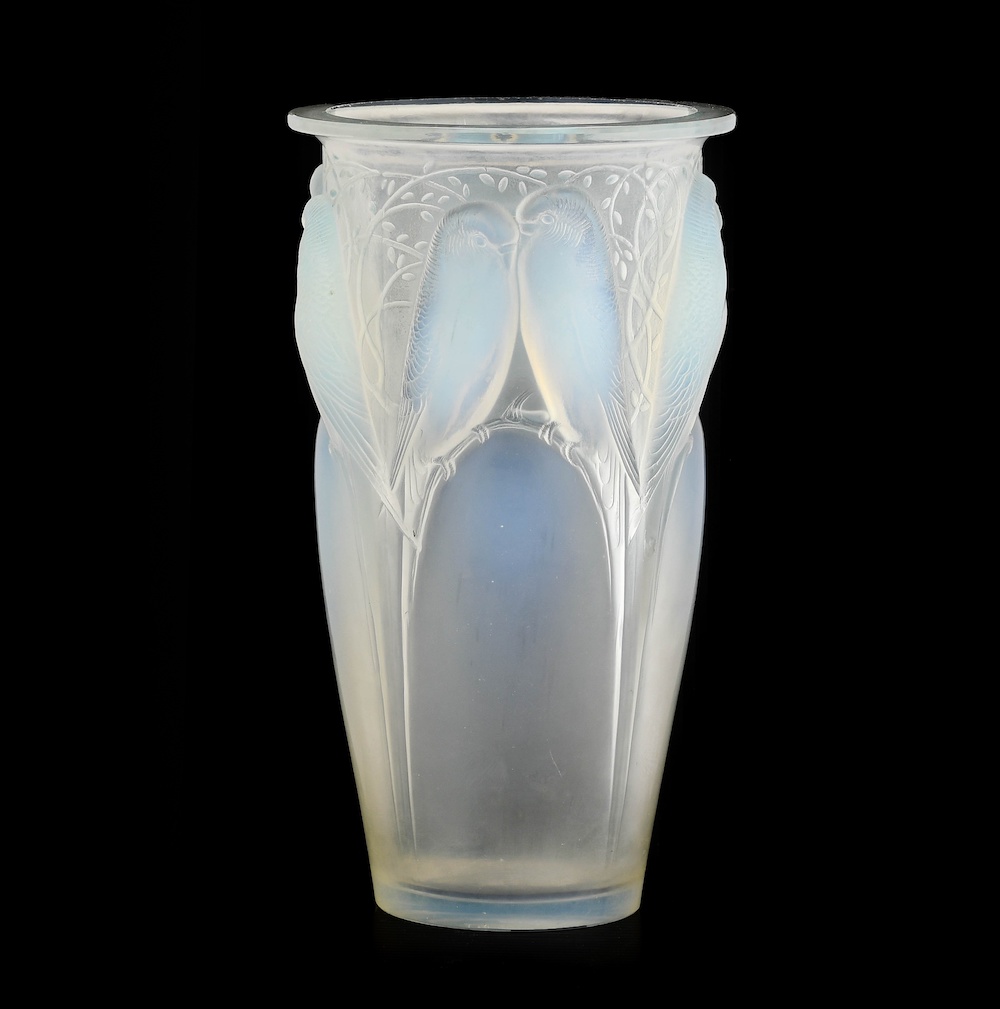 Elsewhere in the sale, a good selection of French glass was led by an opalescent, stained and frosted Ceylan No.905 vase marked ‘R Lalique France’ sold for £2,800 against an estimate of £500-700. Selling well, too, at £1,500 was an Art Deco glass car mascot designed by Lucille Sevin for Etling of Paris circa 1932, modelled after the legendary American dancer Isadora Duncan. Art Deco figures remain much in demand at auction, and a beautifully shaped cold painted bronze figure of a dancer by Josef Lorenzl sold above top estimate for £2,500. Among the design furniture in the sale, an Aesthetic Movement Cupboard sold for £1,700, and a circa 1933 reclining bookshelf chair made by Heal’s sold for £1,900.