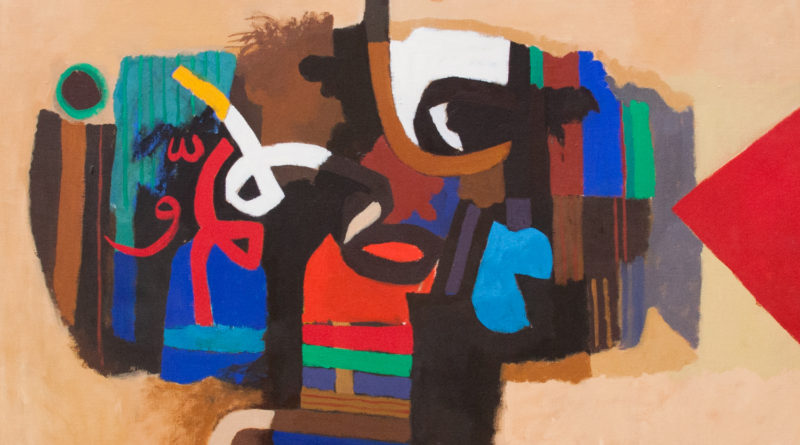 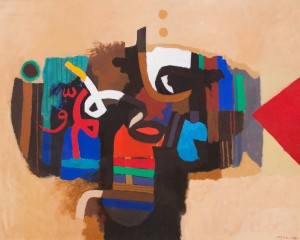 An abstract oil painting by one of the leading pioneers of modern Arabian art which turned up in a home in Sutton Coldfield goes under the hammer next month expected to make up to £50,000 at Hansons.

The painting by celebrated Iraqi artist Dia Azzawi, measuring approximately 70cm by 90cm, was discovered on a routine home visit by the auctioneers.

Art expert Adrian Rathbone from the Derbyshire-based firm, said: “‘Dia al-Azzawi is internationally recognised as one of the major pioneers of modern Arabian art. The painting discovered, dated 1981, is typical of his abstract forms combining vibrant colour and exciting compositions.”

Born in Baghdad in 1939 Dia Azzawi graduated from the Institute of Fine Arts in 1964.  In 1969 along with five other artists he formed the New Vision Group which was influenced by contemporary subjects and issues.  He has lived in London since 1976 where he was art advisor to the Iraqi Cultural Centre from 1977 to 1980

His work can be found in the Baghdad Museum of Modern Art, the British Museum, Tate Modern and the V&A.

The painting goes under the hammer at Hansons’ Auctioneers Fine Art Auction on June 26.