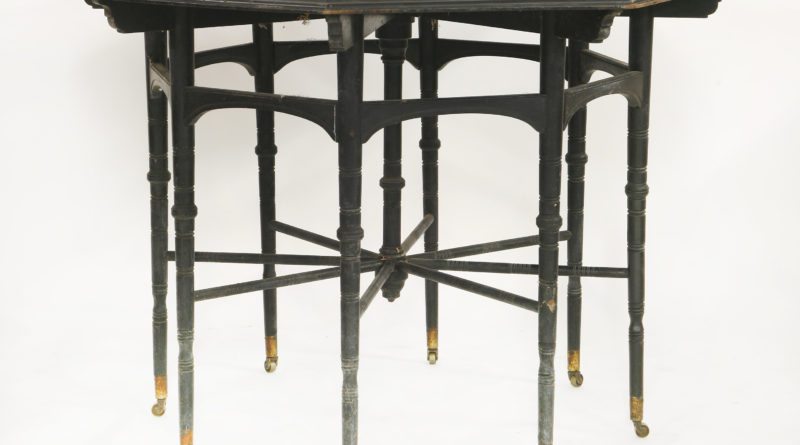 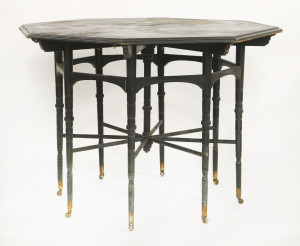 An ebonized coromandel and inlaid octagonal centre table, discovered hidden in a barn, soared past its estimated price of £1000-£1500 in Sworder’s recent ‘20th Century Decorative Art & Design Sale’ to achieve a hammer price of £31,000.

Designed by EW Godwin, the eight-legged table was probably manufactured by Collinson & Lock. It is raised on turned tapering legs, supporting horizontal bars, centred with a spindle fitted with brass caps and casters.

Godwin’s sketches for eight-legged tables of this type are housed among his papers at the Victoria and Albert Museum. Most examples were manufactured by Collinson & Lock.

The table is believed to have been purchased by Andrew Muir, a wealthy merchant who co-founded the celebrated Muir & Mirrielees department store in pre-Revolutionary Moscow in the 19th Century. 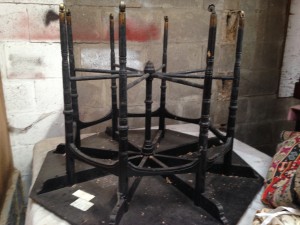 The consignor of the table is a direct descendant of Andrew Muir. It came to light after Sworders’ specialist John Black received a snapshot of the underside of the table as it lay in a barn. It was water damaged and not easily accessible. John said, “I had to jump over two fences, shuffle past donkeys and then squeeze into a damp stable to see it. But it proved to be an exciting find with a great provenance.”