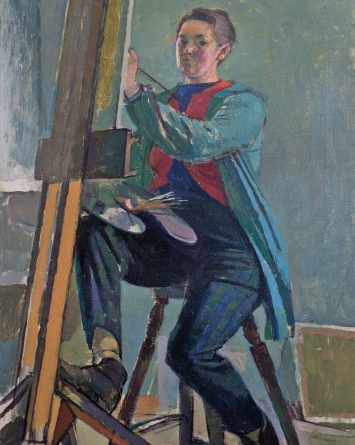 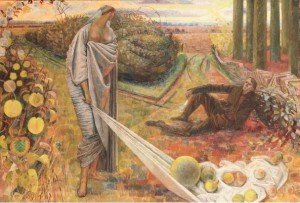 In January 2013, Evelyn Dunbar’s painting Autumn and the Poet appeared on the BBC’s Antiques Roadshow. When art specialist Rupert Maas estimated its worth at £40-£60,000 it led to one of the most amazing discoveries of artwork in recent years.

The find provoked Ro Dunbar, one of Evelyn’s relatives, to come forward with an extraordinary hoard of more than 500 paintings, drawings and studies hidden in the attic of her Kent home. The unrecorded works were identified with the help of the artist’s nephew Christopher Campbell-Howes, who had been tracking contents of the ‘lost studio’ – dismantled in its entirety after Dunbar’s death in 1960 – for more than 20 years. 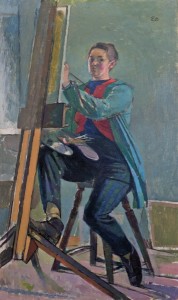 For a long time Dunbar was part of the neglected generation of artists whose lives are now being recognised and reappraised. Her achievements, depicting the natural world, plants and gardens;
notable mural paintings and – above all – her work as the leading woman war artist in the Second World War, were outstanding.

To read the full article in this month’s October issue of Antique Collecting, take a look at our subscription options in both print and digital. 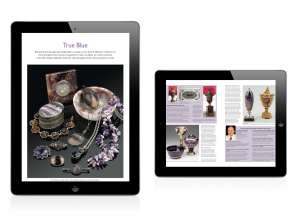 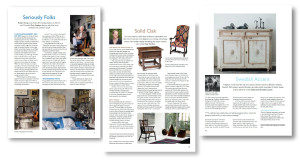