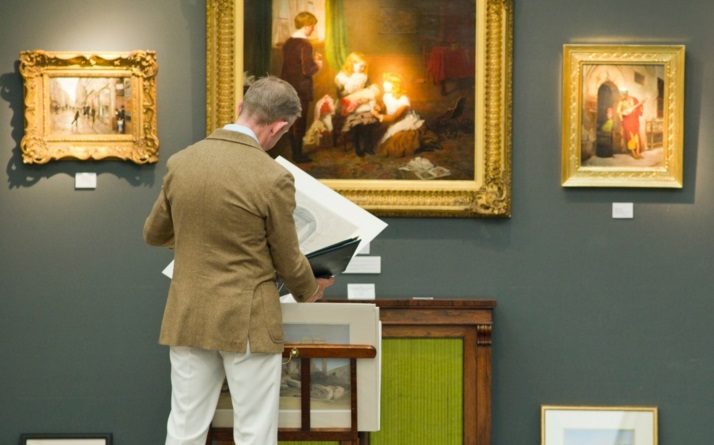 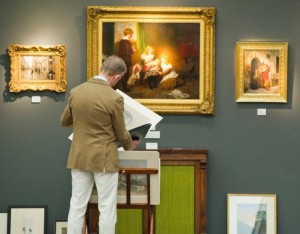 The organisers of next year’s BADA Fair, the first major showcase of fine art, design and antiques in London each year, have said that it will once again be synonymous with quality and luxury, attracting an international audience of experienced collectors and first-time buyers.

It is the only Fair exclusive to members of the prestigious British Antique Dealers’ Association, and  will take place from 9th to 15th March 2016 at Duke of York Square, on the King’s Road.
“The BADA Fair represents our aspirational community for fine art, design and antiques, providing an outstanding opportunity for collectors to meet and purchase from some of the country’s leading dealers” comments Marco Forgione, new CEO of BADA. 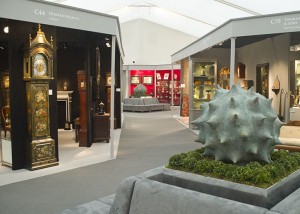 Contemporary items have an increasing presence at the BADA Fair, reflecting the changing membership that now welcomes dealers in contemporary and modern pieces. Jonathan Cooper will stage a solo exhibition of still-life works by Susan Angharad Williams. Working privately for over twenty years, Williams’ work only re-entered the public sphere when selected for the ING Discerning Eye Purchase Prize in 2007. Further contemporary British work will be on display at Signed + Designed, sister company of loyal BADA Fair exhibitor AD Antiques. Highlights include delicate porcelain sculptures by Fenella Elms and decoratively glazed vessels by Peter Beard.

The BADA Fair also boasts a wonderful selection of modern pieces, including important examples of British sculpture from Beaux Arts. Highlights of their stand will include a Henry Moore ‘Draped Reclining Figure’ dating from 1956. Anthea A G Antiques, specialists in gem set jewellery, will also display mid-century items. A key piece will be a pair of signed Van Cleef and Arpels sapphire and diamond hoop earrings from c. 1960-70, which will be shown alongside a striking necklace of carved
coral and onyx beads dating from the 1960s. 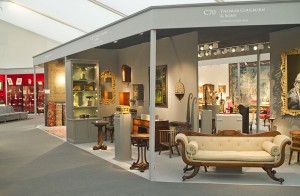 Traditional items continue to fetch six figure sums at the BADA Fair, appealing both to connoisseurs and those seeking a statement piece. Godson & Coles will showcase an impressive Regency period armchair in the manner of George Smith, dating from 1805. Guy Peppiatt Fine Art will display fine English watercolours depicting landscapes in Britain and further afield. Not limited to English pieces, BADA Fair Exhibitor Laura Bordignon, will display Japanese objects from the Meiji period.