A rare group of early photographs made a record-breaking £18,000 at a recent auction at Trevanion and Dean’s in Whitchurch. The twelve photographs, consigned by a Telford vendor who had kept them in a drawer for the last thirty years caused global excitement when they were offered in Trevanion and Dean’s monthly auction of Antiques and Fine Art.

The late 19th century photographs depicted Maori men, women and children and were taken by New Zealand’s first female photographer Elizabeth Pulman, as auctioneer Christina Trevanion explains, “It was relatively uncommon for women to take photographs, let alone work as professional photographers, we recognized the historical importance of the collection as soon as we saw it.”

Born in England, in Lymm, Cheshire in 1836 Elizabeth married George Pulman in 1859 (aged 24) and in 1861 they emigrated to New Zealand, where they opened a photographic studio in Auckland in 1867, specialising in scenic photographs and landscapes.  Sadly, during her life Elizabeth was widowed twice, but with nine children to support she rose to the challenge and almost single-handedly managed the running of the studio and the business at a time when the art of photography was changing rapidly. 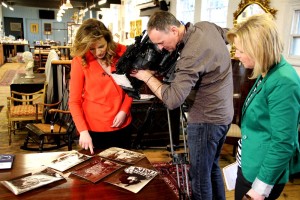 Elizabeth was fascinated by the Maori people of the North Island in New Zealand and she captured many of the Maori Kings.  The Pulman Photographic Studio left a fascinating legacy of prints of huge historic importance and these photographs are from Elizabeth’s own studio.

The auctioneers recognized that the market for these pieces was both here in the UK and in New Zealand and so began a marketing campaign which involved two New Zealand news crews and international media covering the story prior to the auction and filming the auction.  “We really hoped that at least some of the photographs would return to New Zealand, thanks to the effective marketing campaign we launched prior to the auction we are delighted to report that four of the images will be returning to New Zealand with at least two of the images being secured by Elizabeth Pulman’s descendent.”

Christina continued, “It was the best outcome we could have hoped for. What made it even more special is that the Maori Society of London travelled up on the morning of the auction to bless and pray around the photographs before they were sold, it was a very emotional experience.”

Following the photographs, a W H Smith & Co of Whitchurch cheese vat secured £3,000 to a UK buyer.  Aaron Dean, partner at the firm and auctioneer, said, “We couldn’t believe what an astonishing price it made.  The seller was clearing out his garage and was about to take the vat to the tip before I told him to bring it in, he was fed up of falling over it for the last 10 years. Needless to say he is delighted and very shocked.”

The auction also offered another two signed Lowry prints, which totaled £4,800, much to the delight of the Shrewsbury vendor and the remaining picture section saw a Harrison watercolour of Grouse 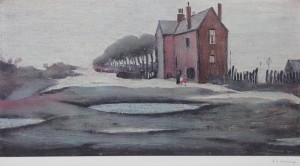 secure £1,100.  In the silver, watches and jewellery section the top lot was £2,400 for a pair of diamond drop earrings estimated at £2000-3000, while a longcase clock by George Etherington made £2,600. With its walnut case, the month-going clock was a rare example of its type and was contested by telephone bidders and internet bidders before selling to a UK buyer.

In the furniture section a collection of early oak furniture made over £4,000, while a Regency metamorphic chair doubling as library steps realised £950.