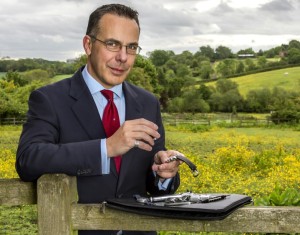 Adrian Hailwood, Director and watch specialist at Fellows Auctioneers, reveals how to get in on the current boom in vintage watch collecting.

Given the fevered state of today’s vintage watch market – with the most sought after brands regularly topping the million pound mark – it seems strange to imagine a time when wristwatches were not collectable. Strange to say, that time was not so long ago. Prior to the mid-1970s wristwatch auctions were unheard of and pocket watches were placed alongside clocks being sold and collected in a sober and scholarly way.

Significant credit for the change can be given to one man, Osvaldo Patrizzi an Italian watchmaker and restorer. In 1974 he founded his own auction house dedicated to watches and clocks and, by 1980, was offering wristwatches at auction; a move that was quickly followed by both Sotheby’s and Christies.

At the time, in the late 1970s and early 1980s the mass market was dominated by quartz watches – despite the fact desirable mechanical pieces were still being created and sold by a few high-end companies. Maybe it was nostalgia for the mechanical heyday of the fifties and sixties, or perhaps a fear that the mechanical watch was a seriously endangered species, that made these early watch auctions so successful and the trend continued.

A marked shift in the wristwatch auction world came with Patrizzi’s first themed watch auction; ‘The Art of Patek Philippe’ held in 1989, which had long-lasting implications for the future of collecting. In this sale Patek Philippe participated as both buyer and seller, with 301 new and used watches being offered. The success of this sale and Patek Philippe’s subsequent purchase of hundreds of watches at various auctions, often for record prices, established the brand in consumers’ minds as a sound investment.

While the company maintains that it bought in order to open its own museum, the effect was that prices rose higher and higher, with no sign of slowing down today; a sentiment that the company plays on in its advertising.

Over the ensuing years, whether through auctions or watch dealers, Patek Philippe has maintained its position as the world’s most collectable watch, a position that is only rivalled by Rolex. There is a certain ‘snowball’ effect created by these results. Watch auctions depend on the actions of the herd, the more people that have heard of a brand or model of watch, the more people bid on it and the higher the price goes. This creates headlines that add to the brand awareness and perpetuate the situation. This polarising of the market, now entrenched, is unlikely ever to change.

If Patrizzi’s watch auctions lit the fuse on watch collecting it was the rise of the internet that caused the explosion. Pre-web, the accumulation of ‘watch experience’, including the knowledge of what was right or
wrong and the confidence in setting the correct price, were all solitary and somewhat difficult activities. Pre internet research was painstaking but, with the development of online forums, watches could be discussed,
opinions shared and knowledge pooled.

As with all hobbies, the more you know, the more your passion grows and so the internet was, and is, the perfect breeding ground for watch collectors. Those who love vintage watches are usually the most passionate in protecting the authenticity and originality of the brands. This has led to the development of comprehensive archives for the likes of Rolex, Heuer, Omega and many other brands that allow discussion, verification and comparison.

On the plus side, this increase in contact and flow of information has enabled the trading of watches on an unprecedented scale, whether through forums, auction houses with a strong online presence such as Fellows Auctioneers in Birmingham, the trading behemoth that is eBay or even social media such as Instagram and Whatsapp. On the down side this means that it is difficult to hunt down bargains as vendors are able to research what they have and what it sells for.

Unless you are lucky enough to find a private sale, online auctions have a transparency and accessibility that makes lots easy to find so that even if the seller does not know what they have, the competition will push the final price up to the market level.

So what is the attraction of ‘old’ watches that makes buyers eschew a shiny new one? The vintage collector does not just view watches as commodities, or tools for time telling, no matter how expensive or impressive. They have an affinity for the historical development of watches and the somewhat circuitous route they have taken to their present form. A fan of time-telling technology may chose to collect landmark
watches across a whole range of brands that represent important developments.

These may be the first automatic winding watch, the first high-beat watch, early perpetual calendars or a multitude of other niches. Other collectors may limit themselves to a single brand, complication or style of watch. Watches have been the faithful companion alongside many of man’s finest endeavours, whether sporting, exploration and military. Watches which have a clear link with such activities will always have significance to collectors. With over a century of examples to choose from, there really is something for everyone with endless subcategories.

Given that these watches are no longer in production, there is the attraction of the challenge to track down what you want. They are all limited editions, to a greater or lesser extent, and whether it be a particular rare watch, or just a better condition example of something you already own, the quest never ends.

Condition is an important feature in watch collecting. While mint, unworn models may be the ultimate find for some, others prefer their watch to carry the marks of gentle age and use, suggesting a life lived outside the rarefied atmosphere of the bank vault. These changes in colour and patina that vintage watches possess gives them a charm and character that cannot be copied in a new purchase.

Contemporary watch marketing trades heavily on the heritage of the individual brands. This means that the re-issue or model update is a perennial feature of the new product launch season. Vintage watch collectors understand the thrill, and slight sense of superiority, that comes from owning the original that the re-issue was based on.

The economics of vintage watch collecting are a real appeal too. New watches, however desirable, are subject to VAT and depreciation, and there is a considerable sum to pay to be the first owner of any watch. Buying vintage exposes you to the opinion of the market in its rawest form. If you want to collect highly sought-after watches, you may pay well over the price for the modern equivalent but the two are not comparable, the vintage example will usually continue to go up in value, while the modern watch will not. If you happen to have a thing for an unusual or little regarded brand you are in luck, prices will have fallen and won’t be heading back up any time soon, so you can put together a great collection on a budget. Of course, if the world suddenly wakes up to your private interest, you are sitting on a goldmine.

Watch out – Spotting a Fake

As with most commodities that suddenly become popular, there are people who will try to try to exploit the unwary, inexperienced or greedy collector. While fake examples of new watches have been around for years, at varying levels of accuracy, serious attempts to copy vintage watches are a recent phenomenon. The problem is that with vintage pieces, you don’t necessarily have perfect knowledge of what the brand was doing at the time. Do you have a rare ‘transition’ piece that could be would a fortune, or is this a watch put together from parts, which may or may not be authentic?

While the accumulated knowledge of the forums and the archivists at the brands should cover most eventualities, many brands do not have a complete record of what they did 50 or more years ago. It is not possible to apply contemporary standards of stock keeping and reference control to periods in the past when watch brands were feeling their way into new territories, or launching new products that they had no idea if consumers would want.

The eye-watering prices achieved by certain watch models provides a great incentive to those who would try to build one from scratch or tweak its closest relative into the more valuable version. The only defense you have is research, comparison, more research and a healthy level of suspicion. 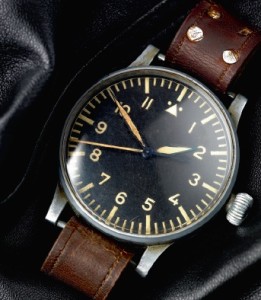 So if you have succumbed to the lure of ‘vintage’ what should you do and how should you begin? The first step would be the same as buying a contemporary watch, decide what you like, not what you think you should like. Read some brand histories and find what strikes a chord. Watch collecting is for the long term, so make sure whatever path you choose to follow has the interest to sustain you. Once you know what you want to buy, it comes down to a matter of budget and finding the best example that you can.

The collecting market is becoming ever more divided into watches, at any level, that are authentic, correct and in good condition, and the rest. If your budget is tight, it is better to buy a better example of a lesser watch to begin with as it will hold its value should you want to trade up at a later date. Talk to knowledgeable dealers, or visit auction houses and talk to their specialists. A reputable auction house which specialises in watches will tell you as much what is wrong with a watch as what is right. While they want to sell it, they act for both the buyer and the seller and so should be impartial.

Vintage watch collecting is here to stay. The headline prices at auction have captured the imagination and drive collectors to unearth a gem, or attempt to quietly buy up the next big thing. This is as much a hobby based on scholarship as trading. The true collector will end up a nerd and obsessive, albeit a nerd
with some really lovely wrist wear.

Fellows Auctioneers in Birmingham offers up to 500 watches, both vintage and modern, for sale every month and is well placed to offer good advice. To find out about future watch sales visit www.fellows.co.uk

2 thoughts on “Ones to watch – guide to collecting vintage watches”