Hansons Auctioneers is set to sell a rare set of season tickets at its forthcoming World Cup Football Auction next month. 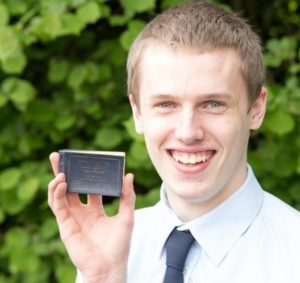 The tickets for Derby County Football Club are in a book dated for the 1939-1940 football season and allows entry to all games including the FA Cup. However, despite its cost of £2 2s, over half a week’s wages for a working man, only one ticket has been torn from the book.

As Charles Hanson explains, “I was initially puzzled by the fact that only one ticket had been torn from the book but then quickly realised that this season’s matches had to be abandoned due to the outbreak of World War Two: our young men, unfortunately, had other duties to perform.”

The season ticket is expected to make up to £60 when it is entered into the sale on Tuesday 23rd August. “It shows how an object which could so easily have been thrown away as ‘worthless’ has its own form of value, which will certainly be translated into rather more than its original cost!”