A collection of rare and beautiful mascots from the heyday of motoring in the 1920s and 30s will be sold at Bonhams in September as part of single-owner sale, The Robert White Collection.

The mascots, signs of immense wealth and social standing, were the ultimate status symbol, and the most iconic of all were those designed in crystal by René Lalique, inspired by the ever-increasing flamboyance of the classic cars coming off the production lines during the era.

The most famous mascot that is still used today is the Rolls-Royce Spirit of Ecstasy, believed to be modelled on Lady Eleanor Thornton and designed in 1911 by Charles Sykes. It became the signature emblem of Rolls-Royce. Mascots have also proved popular with celebrities; silent film actor, Rudolph Valentino, replaced the mascot on his Voisin motor car with one of a striking cobra, and the wedding car of Grace Kelly and Prince Rainier, a Daimler, featured a ‘fan girl’ dancing on the bonnet.

With his appreciation of intricate design and mechanics, combined with a lifetimes love of motoring, businessman and collector Robert White was a natural fan of the motoring mascot. His collection included rare bronze and glass designs, as well as 37 outstanding examples sculpted by René Lalique. 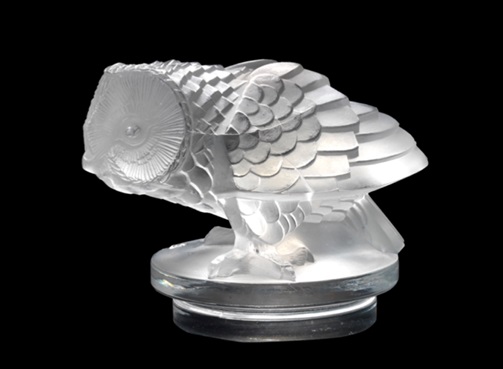 Lalique produced 29 recognised mascot designs before he died in 1945. His inspiration was largely from the animal kingdom, producing pieces fashioned with satin, clear and frosted-glass finishes.

Toby Wilson, Bonhams Head of Automobilia, said, “The heyday of mascots began in the interwar years (1918-1939). The radiator cap had become a common feature on the bonnet of most cars, and it provided a natural perch for mascots, which came in a multitude of fantastic designs. 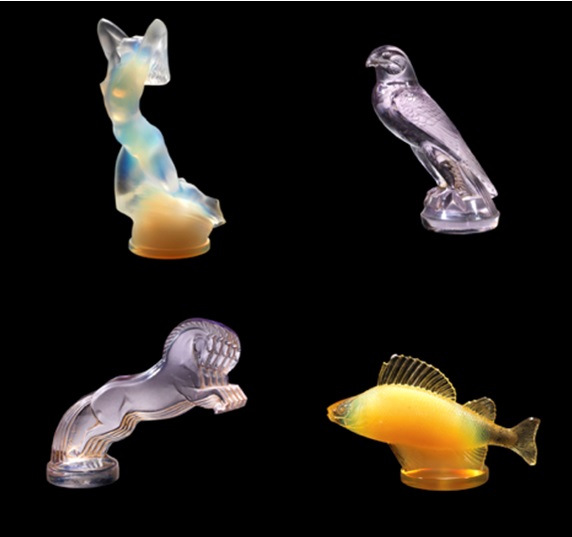 “As styling moved the radiator under the bonnet the use of mascots on motorcars was reduced. It was only in 1974 that for the protection of pedestrians, mascots were banned from the front of cars. Some forty years later, only a limited number of these original sculptures are still available, creating high demand and values that continue to rise.”

Mascots featured in the Robert White Collection include:

One thought on “Car mascots from motoring heyday at Bonhams”