As the world celebrates the 150th birthday of Beatrix Potter, a book-selling phenomenon in her own lifetime, we compare her works with another modern-day author which also appears to have the magic touch – but who will stand the test of time?

Rare book expert Pom Harrington says, “The main difference between collecting Beatrix Potter and Harry Potter is that, 150 years after her birth, Beatrix Potter has already stood the test of time. Will people still read and care so much about Harry Potter a century from now?

“Otherwise, similarities abound. Each has a single book that started off their career and remains, in true first edition, their most valuable title: The Tale of Peter Rabbit (1902) and Harry Potter and the Philosopher’s Stone (1997). After those ‘first first’ highspots, the value of subsequent books declines. Each has deluxe versions of their books that are collectable in their own right. There were 12 books in the Peter Rabbit series, against only seven Harry Potter books, but J. K. Rowling’s Robert Galbraith novels also show signs of being collectable.

“Beatrix Potter illustrated her own books and her original artwork is sought after. The Harry Potter books employed a succession of commercial illustrators; artwork used in the production of the first editions is also collectable.

“One other difference stands out the Peter Rabbit series has not yet been made into a series of blockbuster films, hence the secondary market in Harry Potter books signed by cast members, though these appeal more to autograph collectors than bibliophiles.” 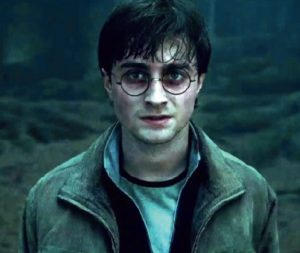 Bloomsbury’s children’s fiction expert Roddy Newlands says, “Beatrix Potter has stood the test of time so far. It is hard to know whether Harry Potter, with all the wealth of modern franchising and merchandising that surrounds that series, can last as long. The age group JK Rowling’s books appeal to is possibly more targeted and a new series of books could well displace Harry Potter’s popularity in years to come, compared to the timeless appeal and relative simplicity of Beatrix Potter’s books. However, a genuinely rare first edition Harry Potter and the Philosopher’s Stone in hardback (unmolested by library or juvenile markings) will always command high prices at auction – more than £25,000, if signed.”