Catherine Southon auctions is to sell a unique cigarette holder collection in their next sale in September. The collection consists of about 128 different cigarette holders, all dating from around 1910 to the 1950s and they will be sold in about 25 lots, some as group lots and others as individuals or small groups. The majority of which will be in the region of £100 per lot.

A highlight of the sale will no doubt be three ‘flapper’ cigarette holders, which sum up the spirit of their 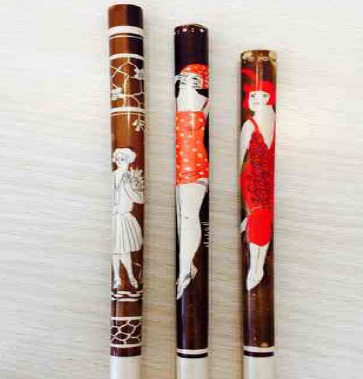 The collection of cigarette holders was started by a Bromley in Kent resident in 1989. A regular at antiques fairs and a general collector, he was intrigued to find five of them on a dealer’s stand at a fair and was fascinated by all the different materials the holders were made of. After his first purchase, he soon discovered a further four at another fair and went on to collect them until around 2000.

He said, “I can’t quite explain why I started collecting cigarette holders as I’ve never smoked in my life, but I was absolutely fascinated by all the different shapes, colours and styles. In the early days amber and tortoiseshell seemed very popular materials, but in the 1920s bakelite was invented and was used regularly to produce the holders, but there are even some made of glass.”

As a violinist, he was also taken by the various cases in the shape of violin cases – several examples of which are included in the sale. 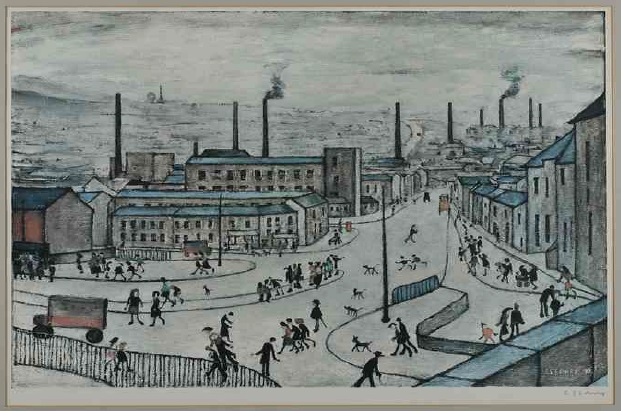 Cigarette holders were a real fashion accessory for ladies from the 1910s to the 1970s. They came in four different length – cocktail length was the shortest, followed by dinner length (about 10 to 15 cm long), theatre (25 to 35 cm) and with up to 50 cm long the opera length ones. Men’s cigarette holders are always shorter – a maximum of 10 cm long.

The sale on Wednesday 21st September will also include a collection of seven signed Lowry prints, estimated to fetch around £800 – £2,000 each, and a Meissen collection of about 20 figurines with estimates from £100 – 200.