The contents of an English Country House goes under the hammer at Bonhams in October, in their auction entitled A Royal Collection. 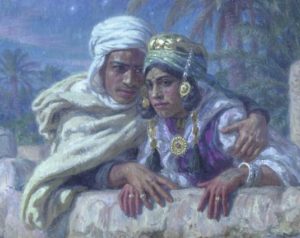 Bonhams says the sale is particularly strong in the visual arts, with a wide selection of paintings by British, Dutch, French and American artists. Among these is the top lot, The Lovers by the French Orientalist painter Etienne Dinet (1861–1929), estimated at £50,000-70,000. Dinet was unusual among Orientalist painters in that he fully embraced Arabic culture, converting to Islam and changing his name to Nasr’Eddine Dinet. His pictures are suffused with love of his adopted country, Algeria, blended with the Western sensibility of his upbringing and artistic training in France.

Two works, offered as a pair, by another French artist, Fabius Brest (1823–1900) depict views of the Bosphoros (estimate £40,000-60,000). Brest travelled extensively throughout Turkey in the second half of the 1850s and returned with a deep appreciation of the country and creative inspiration on which he drew for the rest of his career.

There is also a large collection of British sporting paintings, including the unusual Fox hunting in India, estimated at £1,000-1,500, and European still lives, landscapes and capriccios. 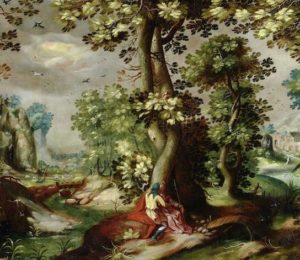 As with all country house sales, the auction offers a wide selection of furniture, household objects and curiosities. These range from fine rugs to carpets, such as a large Hereke silk carpet (estimate £6,000-8,000) and a silk Ghom rug at £600-800.

Estimated at £4,000-6,000 is a pair of massive Chinese green jade Moonflasks, and an extensive Coalport dinner service from 1810 carries the same estimate. A carved white onyx falcon, set with rubies by Vacheron Constantin, is estimated at £3,000-5,000, as is a Viennese gem-set ivory jester.

A pair of German Imari style vases and covers carries an estimate of £400-500; a billiards score board together with a cue stand made from the bow of a rowing skull is priced at £500-700; and an American sterling silver water jug from the late 19th century is estimated at £600-800.

Bonhams Director of House Sales, Charlie Thomas, said, “Country Houses sales are always popular because they offer such a fascinating mixture of objects. This sale is no exception. There is something for everyone, from fine paintings to an intriguing and beautiful collection of marble and stone spheres and I am sure it will attract a great deal of interest.”