Derbyshire’s Hansons Auctioneers is to sell a rare Gold Scott Medal in their forthcoming Coins, Medals and Militaria sale in November. The auction house said that such Irish Garda (Police) medals seldom come onto the market. 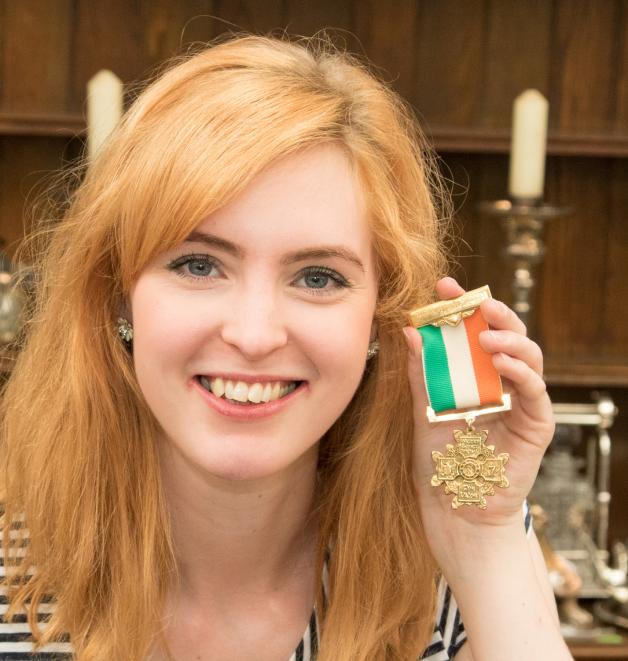 In 1923 Colonel Walter Scott, an Honorary Commissioner of the New York City Police and a well-known philanthropist, presented An Garda Síochána, then the world’s youngest Police Force, with a $1,000 gold bond.

There was only one condition attached to the award of the Scott Medal: “No action, however heroic, will merit the award of the Scott medal unless it takes the shape of an act of personal bravery, performed intelligently in the execution of duty at imminent risk to the life of the doer, and armed with full previous knowledge of the risk involved”.

The medal is in the form of a Celtic cross. There are five panels on the face of the medal that depict the words “The Scott Medal”, “For Valour”, the eagle and the shield of the USA, the harp and sunburst and the Garda Crest. The reverse of the medal carries the inscription, “Garda Síochána na h-Éireann”. The four outside panels are the arms of the four provinces of Ireland: Ulster, Munster, Leinster and Connaught.

The Irish Minister for Justice, Equality and Law Reform presents recipients with their medals at an annual Scott Medal ceremony. The ceremony usually takes place at the Garda College.

The particular medal which is coming up for sale was awarded to Garda John O’Neill, 24328M, of the Tallaght Garda station in 1994. In Dublin in 1990 he confronted three criminals, one of whom was armed with a sawn-off shotgun and arrested one of them. It was this action which led to the award. However, in 1998 he was jailed for corruption after taking £16,000 in bribes.

The medal is being sold together with the original citation for the award and a photo of O’Neill wearing the Medal. The lot is expected to generate international interest and is estimated at £7,000 to £10,000.