A special collection of 17 watercolour paintings by the Liverpool artist Thomas Mackay, who worked around 1900, go on sale at The Chester Antiques Show at the County Grandstand, Chester Racecourse, from 13th – 16th October. 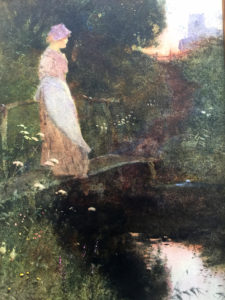 Mackay (1851-1920) is well known as a painter working in the French Impressionist style and used his natural talent to depict rural views around North Wales and Cheshire. He lived and worked in and around Liverpool and exhibited widely. The paintings will be offered for sale by Graham Reed, of Graham Reed Fine Art, a regular exhibitor at the Chester Show. Prices will range up to £1,500. Says Graham, “Thomas Mackay is a popular and well-known artist who is always sought after by collectors. This collection features a number of typical works, several with female figures and farm animals in charming settings. They are delight and I’m sure will appeal to admirers of English watercolour painting.”

Also bound to be of special interest will be a very rare original early map of Cheshire by the father of English cartography Christopher Saxton (c.1540-1610). To be shown by James Dickinson Antiquarian Maps, the map depicts Cheshire, its villages, towns and features, as it was in 1577. This rare, early item will be for sale at £9,000. 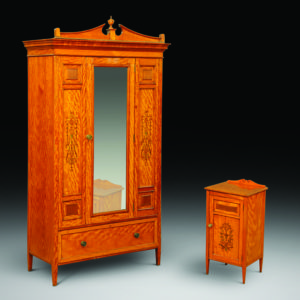 With prices from less than £25 to more than £25,000, the fair offers plenty of choice both for stylish pieces for inspired home decoration and fine examples to enhance a private collection. All exhibits are vetted for quality and authenticity.

Penman Fairs, organisers of the Fair, say there will be many highlights. Local furniture specialists Church Street Antiques from Altrincham offer a selection of fine pieces made by Gillows of Lancaster including an impressive satinwood wardrobe and bedside cabinet at £2,850; and an early 19th century rosewood and mahogany secretaire bookcase at £14,950. They also specialise in unusual decorative lighting including a superb pair of Edwardian brass and coloured glass five- arm chandeliers priced at £3,700. 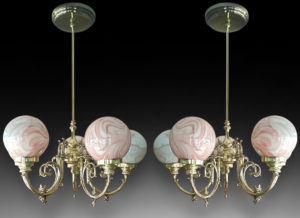 New exhibitors Walker Galleries from Harrogate, members of the BADA and LAPADA, promise a selection of traditional and contemporary paintings including works by the Manchester artist Stanley Royle (1888-1961) with a fine view of Ludlow Bridge in oils at £7,800.

Also showing will be S. & A. Marsh, well-known London silver specialists, Olde Time with English and French clocks and W.R.Harvey Antiques with Georgian and Regency furniture.