A set of Victorian wall tiles found in a Cotswolds attic and due to be hung in a garden have sold for more than £11,000 at auction.

The eight tiles – featuring an antelope, boar, kingfisher and fish, dodo, feline and young, otter and fish, quail, and an eagle and fish – were found in a house near Cirencester by its owner, who decided to hang them in the garden.

Luckily, he was persuaded by his wife to take them to an antiques valuation day run by TV auctioneer Philip Allwood of Moore Allen & Innocent.

The expert identified the tiles as being by the Victorian ceramicist William De Morgan, whose work was popular with William Morris and the Arts & Crafts movement, and whose international clients included the Czar of Russia.

At auction, he confidently predicted, each tile could be expected to achieve between £200 and £300. And at Moore Allen & Innocent’s selected antiques sale on Friday (October 28) the 15cm by 15cm tiles – sold over eight individual lots – outperformed all expectations, selling for between £1,000 and £1,700 apiece – and achieving a grand total of £11,050.

“The vendor was my last customer of the day at the valuation event,” said Philip. “I was just packing up after a busy day valuing – and I’m glad we caught each other!”

The selected sale saw a shade under quarter of a million pounds worth of antiques bought and sold. 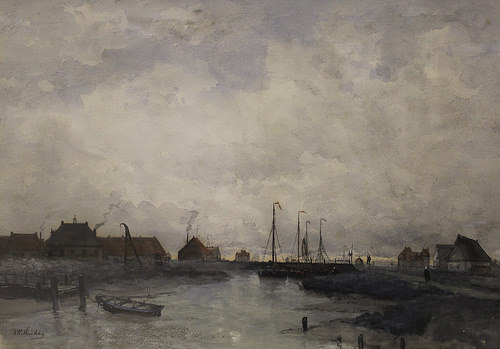 A 19th century Chinese brass censer of squat form with two handles caused more of a stir. With an estimate of £100 to £200, bidding started at £100 and climbed slowly before a “blockbuster” bid of £6,500 was placed over the internet from Shanghai.

A Regency satinwood cased mantel clock with eight day movement by the renowned London clockmaker Charles Edward Viner achieved the third highest lot price of the day, selling for £6,000 against a £2,000 to £3,000 estimate. 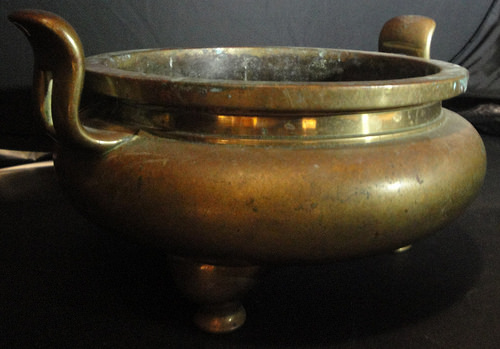 In the furniture section, an oyster walnut and cross banded chest in the William and Mary taste sold for £5,400, while a 19th century Louis Phillipe style centre table by Wright & Mansfield achieved £4,400.

A slightly shabby early 19th century oak occasional table, meanwhile, sold for £3,300, despite a bowed top, thin splits, and a wobble from uneven legs. The top was made of a large and beautiful piece of burr oak and, admitted Philip, was his favourite lot in the sale.

In the pictures section, a School of Michiel Janszoon van Mierevelt (1567-1641) portrait of a gentlemen in a black jacket and lace ruff from the estate of the Raymond-Barker family of Fairford Park sold for £4,400, while a circa 1910  18 inch tall Cadbury’s Cocoa Essence enamelled sign by The Falkirk Iron Company exceeded expectations, selling for £2,800 against a modest estimate of £300 to £500.

In ceramics, a 19th century Meissen figure group of a hen pheasant with chicks on a rocky base sold for £3,200 despite her broken tail, and there were some good results in the silver section, with a George IV silver fruit basket by Paul Storr, London, 1823 achieving £2,000, a George IV silver soup bowl, also by Paul Storr, making £1,900, and pair of George III silver tureens and covers with phoenix handles by John Foskett and John Stewart, London, 1809 attracting a winning bid of £1,700.

And in the antiquarian books section, a 1712  copy of The Ancient and Present State of Glostershire, a county history written by Cirencester MP Sir Robert Atkyns, sold for £1,600.