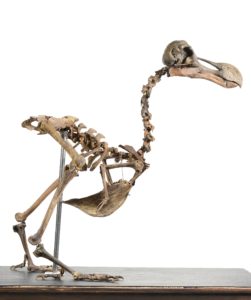 The sale of the first Dodo skeleton in a century has sold for £346,300 at Summers Place Auctions in West Sussex to a private collector over the phone.

The skeleton is a 95% complete composite of a Dodo and the first to come to auction since the early 20th century. The bones had been collected by a Dodo enthusiast for 40 years until he realised he had enough to create an almost complete skeleton of the extinct bird.

There are only about 12 similarly complete skeletons in existence and they are all in museums around the world.