A routine visit to a house in Belper, Derbyshire, led to the discovery of a painting by a world-renowned 18th century artist Joseph Wright of Derby. 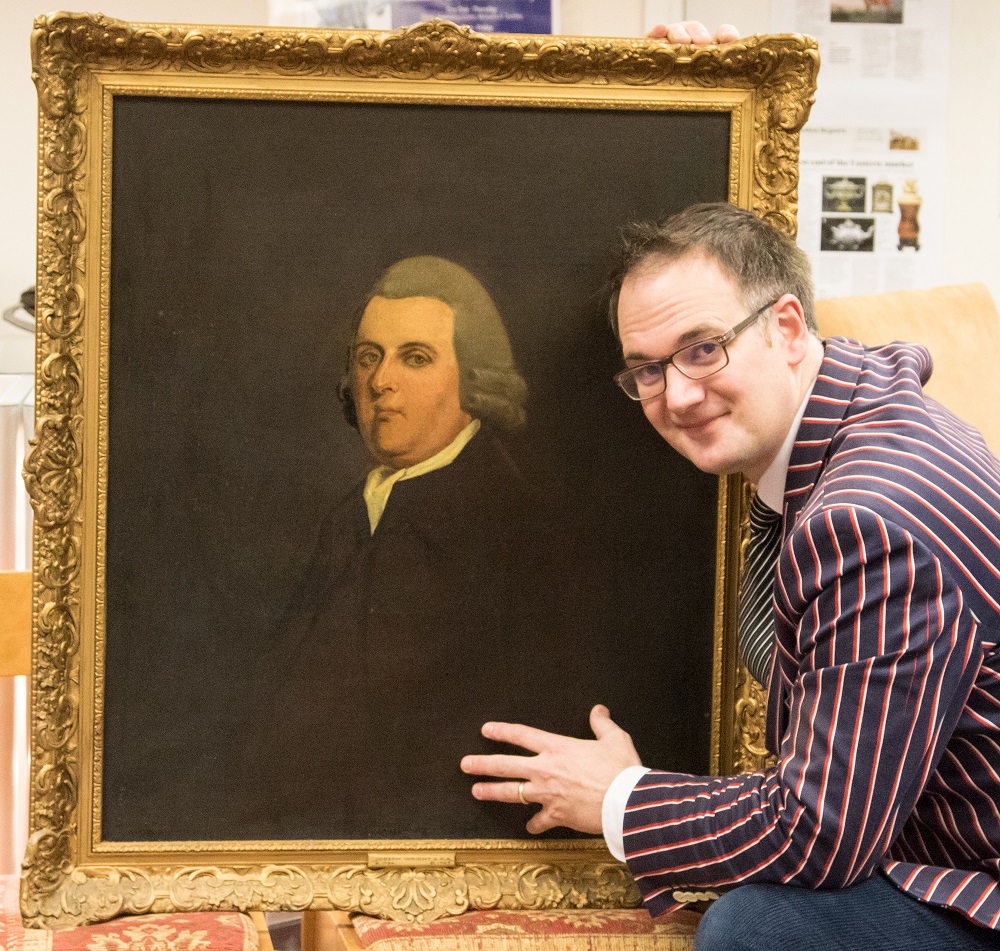 Charles Hanson, manager of Hansons Auctioneers said he was delighted to uncover an original oil painting by Wright (1734-1797), and said, “It was a thrill to uncover a portrait by a local artist who today is world renowned and some of his paintings can be worth millions.”

The oil on canvas is painted with a half-length portrait of a gentleman who is titled as being John Dawes Mather, (1761-1831) a gentleman from the village of Spondon, to the east of Derby. The painting was executed in around 1783.

“The composition of the portrait very much confirms to me it is by Joseph Wright of Derby,” commented Charles.  “Furthermore, the provenance for the picture is very good, by family descent it was restored in 1929.”

Born in Derby in 1734, Wright was an English painter, active mainly in Derby and known as ‘Wright of Derby’. He was one of the most original, versatile, and accomplished British artists of the 18th century and the first major English painter whose career was based outside London.

By the 1750s, Wright of Derby had made his name as a portraitist in the Midlands. Charles said that the work from Belper displays his fluent composition and a firm grasp of character.

The picture will have a guide price of £2000-3000 in Hansons Spring Fine Auction on 31st March and is expected to create worldwide interest. Charles said, “I hope the painting stays in Derby and is purchased by a local museum or collector from our county.”