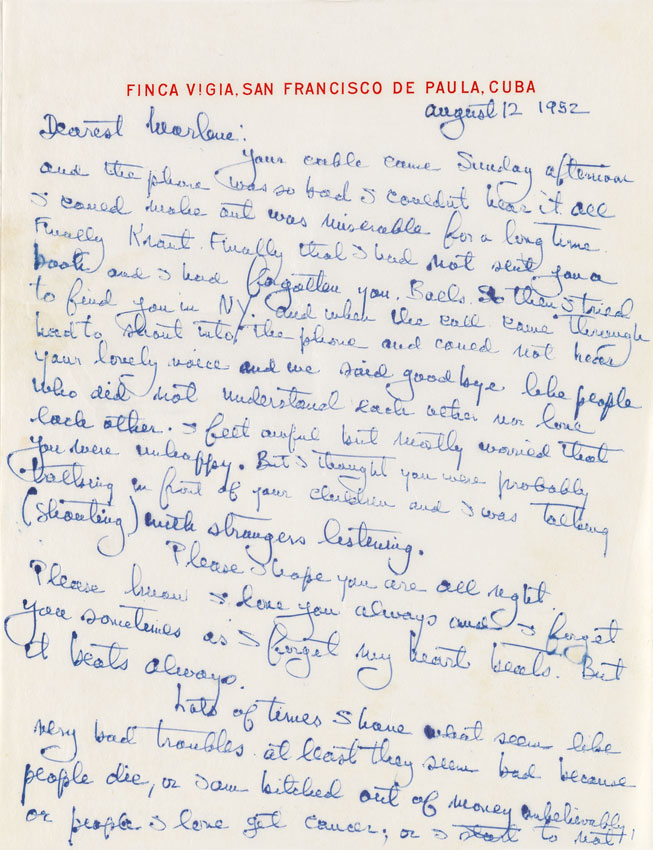 A passionate love letter from literary giant Ernest Hemingway to iconic film star Marlene Dietrich, in which he declares his love for her, will be one of the highlights at Swann Auction Galleries’ Autographs sale in New York on May 4.

Dated 12 August 1952 and signed “Love, Mister Papa”, Hemingway sent the letter from Finca Vigia, the Cuban home where he wrote much of For Whom the Bell Tolls and The Old Man and the Sea, and which was expropriated by the Castro government in 1960, later becoming a museum.

Hemingway and Dietrich had first met in 1934, each becoming infatuated with the other, but never consummating their love because, as Hemingway put it, they were “victims of unsynchronised passion”: each time one of them found themselves out of a relationship, the other was deeply involved with someone else.

The year before this letter, Dietrich had confessed to keeping Hemingway’s photograph by her bedside.

The bulk of the decades-long correspondence between the two is housed in the John F Kennedy library in Boston, but some letters retained by Dietrich’s grandchildren have made it onto the market in recent years.