The full sweep of 20th-century sculpture – through figurative and abstract work, the diverse approaches of male and female artists, and disparate geographical origins (from Taiwan to Cornwall to the Côte d’Azur) – will feature in Sotheby’s Impressionist & Modern Art Day Sale later this month. 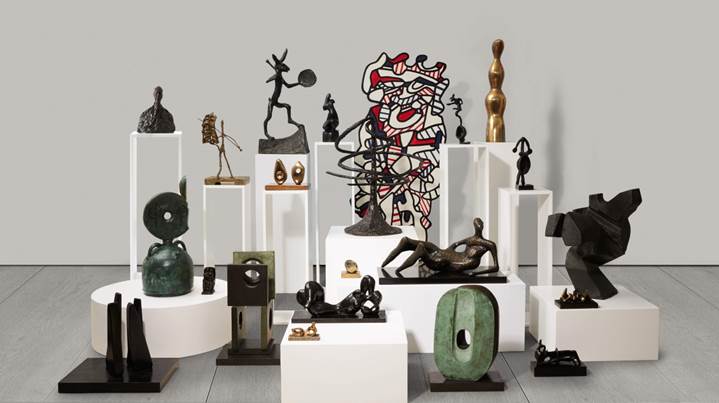 ‘Taking Shape’ is a rare collection that was passionately assembled over the course of 40 years by Mary and George Bloch. A couple who were ahead of the curve in their approach to collecting important pieces by a diverse group of international artists before a number of them had found international recognition, their collection of sculpture unites European Modernism, the height of post-war British art, as well as the roots of Cubism and kinetic experimentation.

Georgina Gold, Co-Head of Sotheby’s Impressionist & Modern Art Day Sale, said, “It is rare to be able to offer a group of works that is so cohesive and yet each piece in the collection stands alone as an exemplary work, all by key figures of Modernist sculpture and perfectly encompassing the different strands of 20th-Century art; Mary and George Bloch were true visionaries. Works with such a prestigious provenance that are also so fresh to the market are highly sought after in today’s market.”

The vast majority of the collection will now appear at auction for the first time in the sale on June 22.