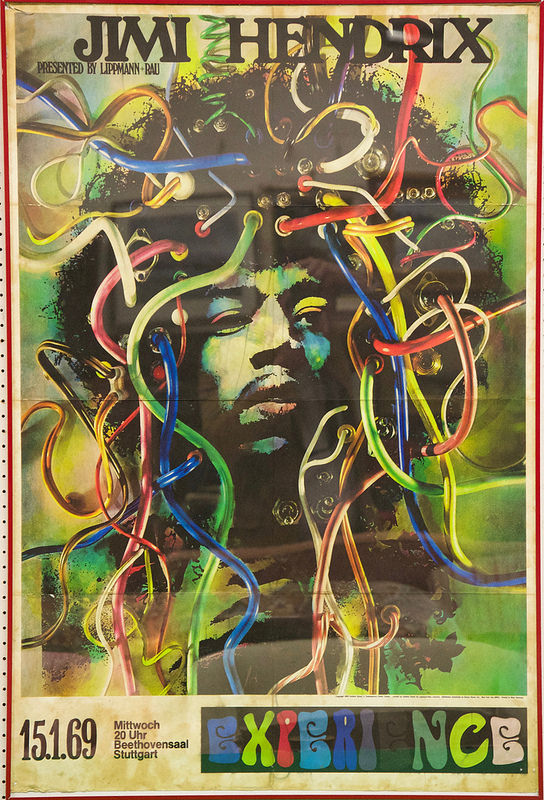 A poster of guitar legend Jimi Hendrix is expected to sell for £250 to £350 when it goes under the hammer at Cotswolds auction house Moore Allen & Innocent next week.

Designed for fans at a concert by Hendrix at the Beethovensaal in Stuttgart in January 1969, it is recognise as a sought-after piece of rock memorabilia. The striking image was created by Günther Kieser, who is regarded as Germany’s most important designer of jazz and rock artwork.

Kieser worked for concert agency Lippmann + Rau, who organised the German tour. Later in the year, Hendrix – by then the highest-paid musician in the world – would headline Woodstock.

The original advertising poster carried the date of the concert – January 19, 1969. However, the merchandise poster – printed for fans to buy and take home as a souvenir – carries an incorrect date of 15 January, 1969, making it very desirable.

Kieser’s image is known as ‘wire hair’. It shows coloured leads plugged into Henrix’s afro hairstyle. It is considered one of the most iconic images of the musician.

Elsewhere in the sale, the work of another continental artist is expected to generate plenty of interest locally. Six book plates by the Dutch illustrator Johannes Kip will be offered with an estimate of £50 to £80 each.

Kip found fame and fortune producing works for the court of  William of Orange, and when William and Mary came to England to take the throne in 1688, Kip followed them to London where he specialised in creating engraved views of English country houses.

Among his commissions was for 65 folio plates to accompany Sir Robert Atkyns’ The Ancient and Present State of Gloucestershire, and it’s likely these plates are taken from a first edition of the book, published in 1712. 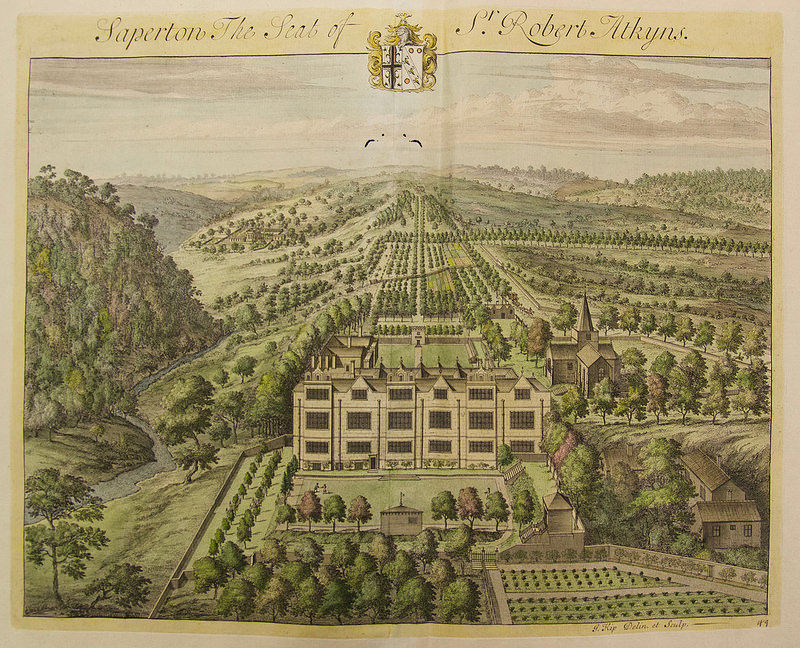 Like many of the houses, Saperton House – which played host to Charles I  in 1644 – has long since been demolished. Today, Sapperton is famous for two things: its canal tunnel, which for many years was the longest tunnel in England, and its pub, The Bell.

It’s likely that the tunnellers who bored through 3,817 yards of limestone rock would have needed lamplight by which to work. Sadly, the Davy lamp – an example of which will be going under the hammer with an estimate of £100 to £150 – was not invented until 1815.

Sir Humphry Davy designed the lamp in response to the Felling Colliery tragedy of 1812, in which 90 men and boys were killed in an explosion caused by naked flames igniting natural gasses. They were first manufactured by Robert Watson of High Bridge, Newcastle – and this one bears his mark.

The Bell Inn was first recorded as a pub in 1781. And another easily-dated bell is an 1869 example by Mears & Stainbank, Master Founders at the Whitechapel Bell Foundry. The Foundry, which can trace its history back to 1570, cast America’s famous Liberty Bell and London’s Big Ben. Sadly, the foundry – the UK’s oldest manufacturing company – closed in May this year, so the successful bidder of this lot will be bagging themselves a real bit of history. A bid of £150 to £250 should secure the lot.

The sale takes place on June 16.