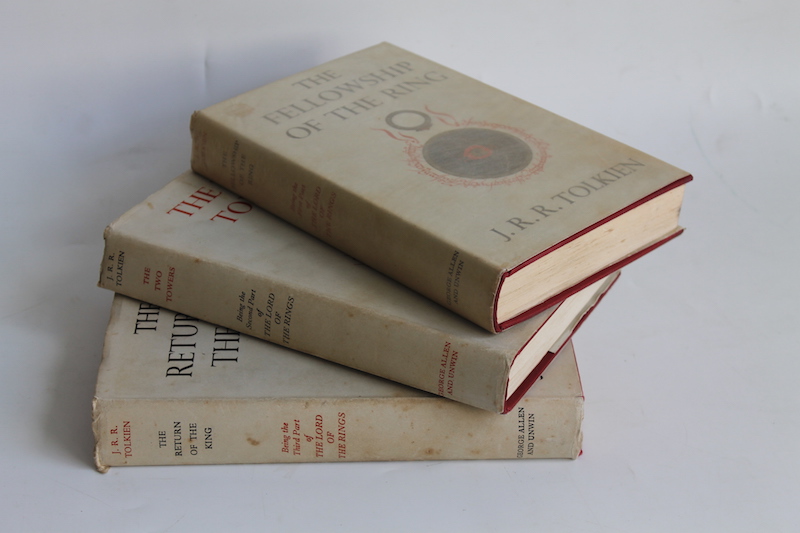 In their original dustjackets and published by George Allen & Unwin Ltd, volumes include The Fellowship of the Ring (Second Impression, December 1954), The Two Towers (1954) and The Return of the King (1955). With Lord of the Rings having a huge fanbase and with Tolkien’s links to the Black Country and Staffordshire bids for the lot, which is expected to achieve between £500 – £800, could come from anywhere, explained Rosie Blackburn, Cuttlestones’ book expert. “This is a fantastic lot. First edition sets are hugely sought after and, despite the first volume is second impression – meaning it wasn’t among the original 3,000 printed but was published the same year – the other two books are true first editions, and having all three volumes in dustjackets is really quite rare.”

She continued, “We always get huge interest in anything related to Lord of the Rings – the resurgence in interest thanks to the film franchise has introduced the stories to a new generation. We tend to draw international interest in these lots via the internet and phone lines, but the sale room is also usually packed. Tolkien grew up in Birmingham and spent time in the Staffordshire village of Great Haywood, and with the area believed to have provided him with much inspiration for Middle Earth, there’s always strong interest from locals, too. This is one lot that could well exceed expectations.” 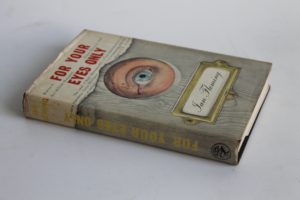 Another series of books that inspired a blockbuster movie franchise is represented in the sale – in the form of two First Edition Ian Fleming books from the James Bond series. Both in their original dust jackets, they include For Your Eyes Only, published by Jonathan Cape in 1960, carrying an estimate of £200 – £300; and The Spy Who Loved me – again published by Jonathan Cape in 1962 – which is expected to fetch £80 – £120. 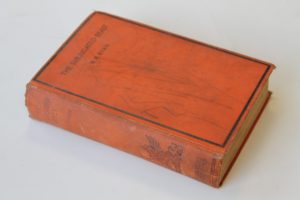 A less well known – but incredibly sought after – first edition copy of the elusive horror-thriller writer R.R. Ryan’s novel The Subjugated Beast, in which a cruel scientist subjects his wife to a diet of raw meat to see whether it affects her mental state, is also consigned to the sale. Published by Herbert Jenkins in 1938, it is expected to attract bids between £50 – £80.

Alongside these much-desired 20th-century tomes, the catalogue also features an unusual and interesting range of Antiquarian books. Highlights include a copy of Robert Young’s, An Account of the loss of His Majesty’s ship Deal Castle commanded by Capt. James Hawkins, off the island of Porto Rico, during the hurricane in the West Indies, in the year 1780, published by J.Murray in London, 1787 which carries an estimate of £200 – £400.

Also expected to perform well is an 1807 edition of The travels of Bertrandon de la Broquiere, Counsellor & First Esquire-Carver to Philippe Le Bon, Duke of Burgandy (sic.), To Palestine and his return from Jerusalem overland to France, during the years 1432 & 1433. Translated from the original French by Thomas Johnes, Esq., at the Hafod Press and published by James Henderson, together with a folded map the book should achieve in the region of £120 – £180.

The sale takes place on June 23. 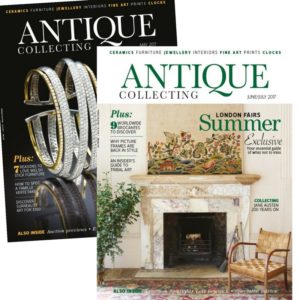 If you’re new to the world of rare books and interested in finding out more, our guide by The Antiquarian Booksellers’ Associations runs through all the terminology – from First Editions to Folios and dust jackets.

Why not take out a subscription to Antique Collecting magazine and get all the best antiques and arts news delivered straight to your door? Packed with news from the auction houses, top events, expert advice and opinion, and in-depth buying guides, Antique Collecting has been at the heart of the antiques and art market for 50 years. An annual subscription starts from just £32 a year – find out more about how to subscribe here.