A Kent couple’s lifetime collection of handcrafted Victorian wooden souvenirs has sold for more than £50,000 in Kent auction house, The Canterbury Auction Galleries.

Collectors from around the world joined the bidding for the 6,500 pieces of Mauchline ware on offer, which had taken a week to catalogue. 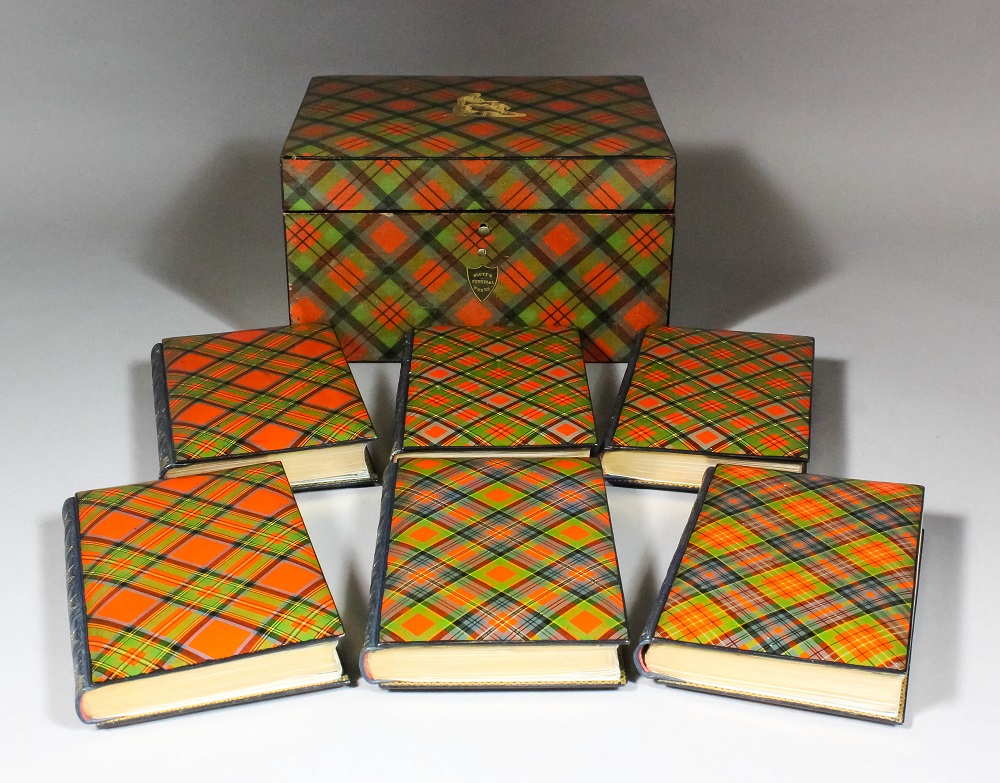 The souvenirs were all produced by factories in the village of Mauchline in south-west Scotland, which flourished from the 1820s until 1933 when the last one still operating burnt to the ground. During that time hundreds of thousands of skilfully crafted small sycamore boxes and trinkets were taken home by affluent tourists who flocked to Scotland, encouraged by Queen Victoria’s love of the Highlands. As its popularity spread, Mauchline ware was exported to many parts of North America, Europe, South Africa, Australia and elsewhere.

Top of the Lot

The six slim volumes were titled: Lay of Last Minstrel, Marmion, Lady of the Lake, Rokeby, Lord of the Isles and The Bridal of Triermain, each bound in Tartanware covers. The lot sold on estimate for £800.