There was great excitment at Chiswick Auctions recently, when the sale of a painting my modern British artist Harry Rutherford set a world auction record for one of his works, selling for £13,500. 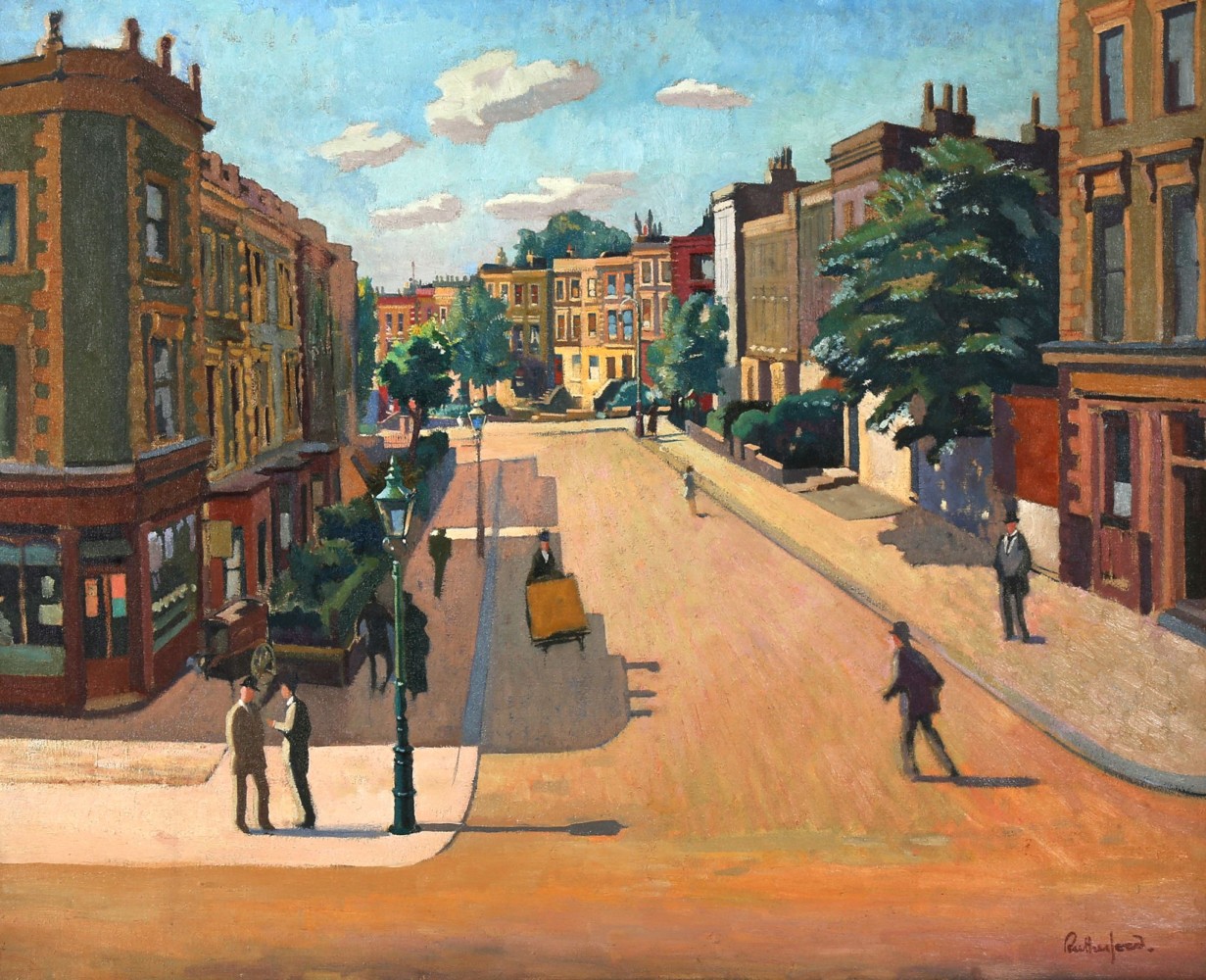 The painting entitled Camden Town, is a little-known work by the artist painted shortly after Rutherford moved to Camden in the early 1930s to continue his studies and association with Walter Sickert, who had the last of his painting schools at No. 1 Highbury Place in Camden.

The painting had been in the same private collection since 1977 and was recently sold to a buyer who lives a mile away from the street scene featured.

Few works by Rutherford have survived as his studio was destroyed in a bombing during World War II, which helped the work do very well beyond its initial estimate of £2,000 – £3,000. This was also helped by the similarity of its composition and subject matter to a winter scene of the same view by Rutherford titled Camden Town in the Royal Academy Collection, as well as by research conducted before the sale by David Hayes of the Camden History Society.

Hayes’ research explained that the view of Camden was actually of a street in nearby Kentish Town where Rutherford had rented a studio. Hayes was able to go so far as to narrow down the exact view as upper Torriano Avenue, westward from Brecknock Road, opposite from which Rutherford had his studio and the view could have been painted from an elevated studio window. Indeed Sickert also rented a studio in the same building according to Hayes’ research from 1909–15.

The canvas (60 x 75cm) shows a sunny street view populated with figures in transit casting shadows. To the right of the canvas a solitary single male figure in a top-hat is pictured observing the scene and research by Chiswick Auctions’ Fine Art Specialist Suzanne Zack suggests that this is a depiction by Rutherford of his mentor and friend, Sickert.

When Rutherford left school at the age of 14, he sought to develop his drawing skills and alongside L.S. Lowry attended evening classes at the Manchester school of Art run by Sickert. In 1926, Rutherford took over the running of the school before moving to London. The painting features echoes of Lowry’s figurative depictions, alongside influences of  Sickert, but remains a singular work by an important British artist.

The incomplete fairground composition verso may relate to a series of works Rutherford undertook at Gorleston-on-Sea near Great Yarmouth in 1932 where, together with his brother Bob, he ran concert parties at the Pavilion as part of the summer entertainments and spent some time painting scenic backgrounds.

Chiswick Auctions is selling another work by Rutherford this month, featuring a cottage in a village location, with an estimate of £700-£900. 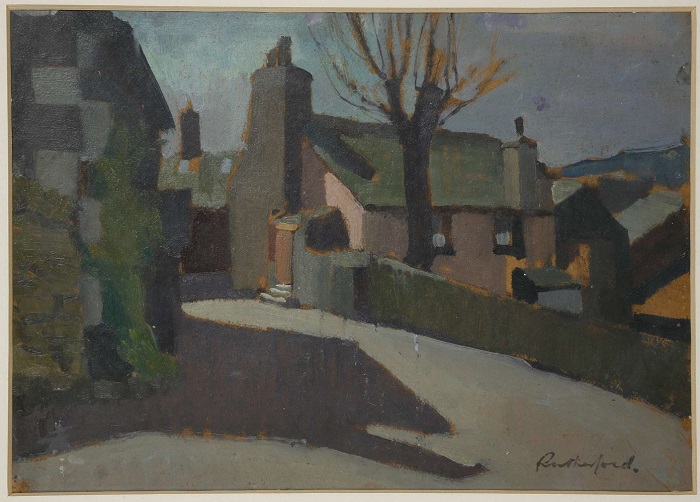