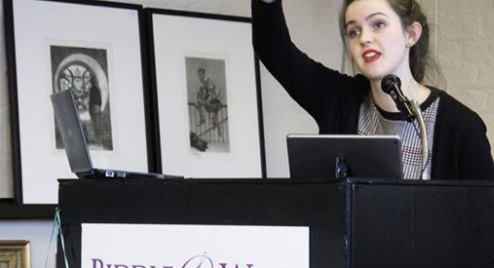 Jennifer Pardoe is an auctioneer and jewellery specialist at Biddle & Webb auctioneers in Birmingham. She explores the continuing popularity of antique amber jewellery.

Amber has been causing quite a stir in auction salerooms for the last few years and currently certain amber is selling for roughly the same price as 22ct gold. We’re currently finding that the most popular amber is opaque, oval, butterscotch beads. The warm orange to yellow beads are often opaque and frequently have lighter streaks throughout. 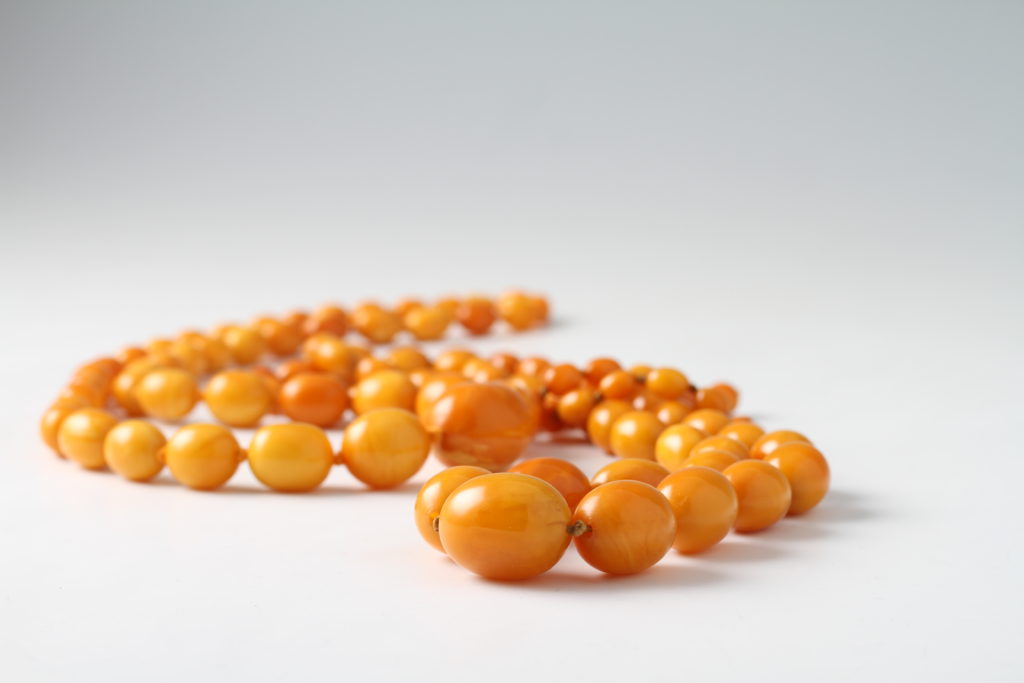 Amber creates statement jewellery pieces that generate significant impact which are easy to wear due to its lightweight character. Amber beads are also part of the bead revival whose comeback is down to the established and ever developing vintage trend.

Despite having different cultural associations around the world, amber’s intrinsic attractiveness in jewellery and object d’art remains a draw to many buyers. Currently amber is an unrestricted organic material, unlike many others. This, combined with its tactile nature and rich colour, makes it an appealing choice.

Today the two main buyers of amber are Chinese and Arabic as traditionally it is used as prayer beads in both cultures. The Chinese consider amber good luck and believe in its medicinal properties. Contrastingly, Arabic buyers believe amber symbolises prosperity and status.

The value of amber

As with anything, value is determined by how much someone is willing to pay. The price of amber, to a certain extent, is dictated by weight. The longer the string of beads, the larger the price tag, providing that the colour and transparency is also what the buyers’ desire.

The popularity of amber is still very strong, with salerooms regularly seeing strings sell in the high thousands.

In our last two auctions we have been fortunate enough to offer a string of butterscotch amber beads in each sale. We had bids in the room, on the telephone and the internet, until finally both realised around £3000 each.

Amber is a soft material measuring only 2.5 on the mohs scale (only slightly harder than a fingernail). Consequently, great care must be taken when both wearing and storing amber. It is advisable to keep amber away from other gemstones and metal as it can be easily scratched and lose its lustre.

When cleaning, use a soft cloth and lukewarm very mild soapy water. Irreversible damage can be caused by ultrasonic cleaners, heat, perfume and acid.

It is recommended to have amber beads individually knotted, much like pearls, to avoid the loss of multiple beads should the string break. This also reduces the bead-on-bead damage.

The most important factor is to make sure you are buying real amber. Top tips for identifying amber, include: 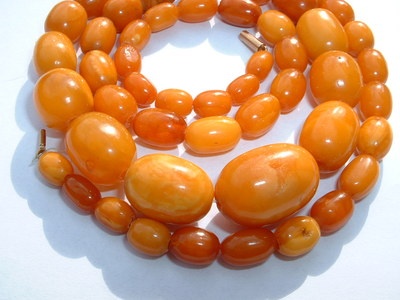 Floating in saturated salt water. It is a very light material
Being warm to the touch
Tending to chip, unlike plastic which will pare
When rubbed should produce an aromatic odour
Rubbing amber can also produce frictional electricity

Amber can undergo various treatments which are deemed to improve its salability. These include heating, dyeing, burning and coating. Through close inspection of the whole stone these treatments can be identified. Always make sure that you are viewing the whole piece of jewellery, not just the front.

A younger form of amber, copal, can be used to imitate its older counterpart. It is recognisable from its typical chalky, crazed surface.

Ambroid or pressed amber, is a human creation where smaller pieces of amber are bonded together into larger pieces. This process can often cause elongated air bubbles and the dark junctions/zones between the pieces of amber can be viewed under a 10x lens. 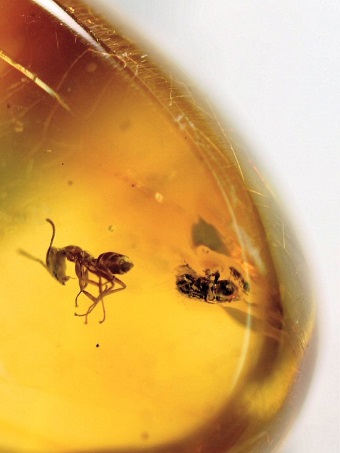 Amber containing contemporaneous insect inclusions can be extremely popular and valuable, however artificially inserted insects are becoming more common. Be mindful about where the insect is placed in the piece of amber and whether it is intact. Although not impossible to be natural, perfect specimens should be viewed with caution.

Buyers also need to be aware that plastic is profusely used to imitate amber. Plastic beads often have mould marks caused by manufacture that run from drill hole to drill hole, they are also slightly heavier than amber. Nevertheless, plastic beads have their own collectors market too, for example Bakelite, a very successful 20th Century plastic used not only for jewellery but various everyday objects too. Occasionally, we come across glass imitations, they are particularly cold to the touch and a lot heavier than natural amber.

Formed from fossilised resin of ancient trees, at the grand old age of between 15 and 300 million years, it is mind-boggling to think that even at that age, it could still be younger than the diamonds in most engagement rings!

The first identified pieces of amber used for ornamental purposes date from the Neolithic era, typically carved and used as either amulets or beads. These practices are still the same thousands of years later.