Cambridgeshire auction house Cheffins is holding an Oriental Sale on Thursday 10th August, comprised of over 195 lots from across various time periods.

The sale will include a range of high-value decorative items, including a series of porcelain and furniture, through to smaller collector’s pieces such as Japanese netsukes, Chinese 20th-century jewellery and silk purses. 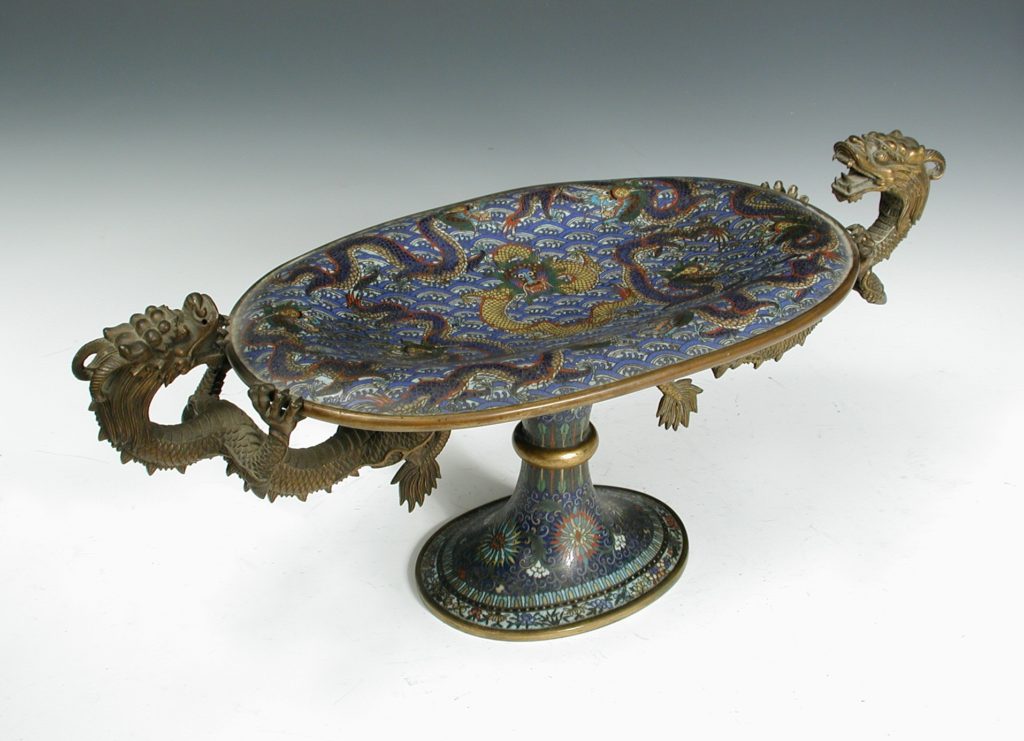 One of the key lots is a late 19th- century cloisonné two handled tazza, which was gifted from the Dowager Empress Cixi to a relative of the vendor. The Dowager Empress was a Chinese regent who controlled the Chinese government in the late Qing dynasty from 1861 – 1908. It has an estimate of £1,500 – £2,500.

Another highlight from the sale is a collection of five Chinese scrolls dating back to the 20th century, which have been consigned on behalf of a professor of printmaking from New York. These items have estimates up to £400 apiece. Similarly, two decorated gourd 19th- century cricket cages have generated interest worldwide, particularly from Chinese collectors, and are set to sell from between £600 to £900.

Among other lots are a 19th-century cinnabar lacquer quatrefoil bowl set on a black lacquer stand. Heavily-decorated with four scenes of various landscapes, the item is set to generate from £800 – £1,200. An unusual lotus flower nose drinking cup which is inscribed “to commemorate the Autumn manoeuvres near Lake Taihu in the 35th year of Guangxu’s reign, 1908” is the star of the Chinese ceramics section, and is thought to make between £300 – £500, whilst an ochre roof tile believed to have come from the ‘Forbidden City’ has an estimate of the same value.