Gloucestershire auction house Chorley’s has achieved an impressive result for an 18th-century Maltese marquetry commode, with a hammer price of £28,000 at a recent sale.

In what is generally accepted as a buyer’s market for furniture, the piece had an estimate of £8,000 to £10,000, which proved a cautious figure as the sale got underway. 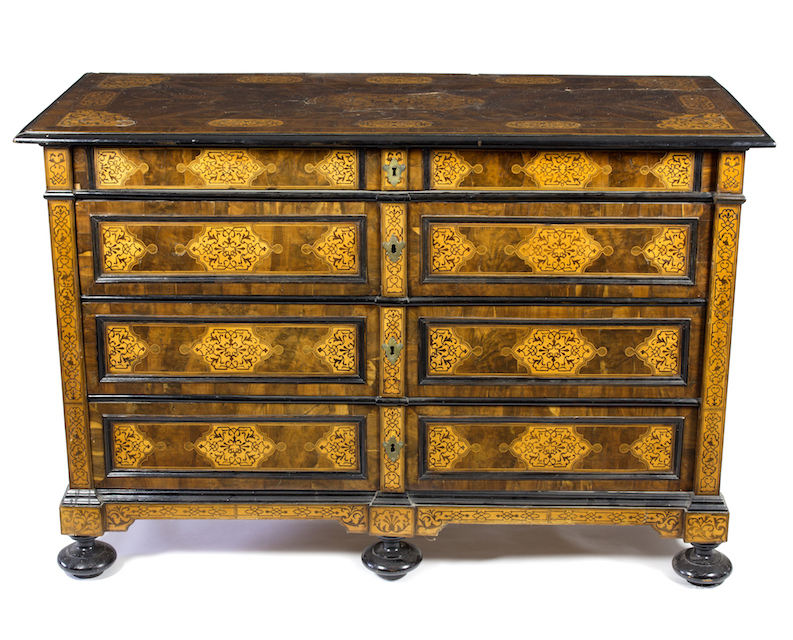 The chest came with impeccable provenance, and was once the property of William Parnis, an eminent lawyer from a Maltese family. His son Edgar (1857-1913) left significant bequests to the National Library of Malta and the Valletta Museum; the commode (which was originally one of a pair) was inherited by his younger son Alfred (1860-1946) and passed by descent to the vendor.

The art of inlay was introduced to Malta by Italian craftsmen in the 17th century and the woods used include orangewood, olivewood and walnut. The large size of these commodes may be explained as they could accommodate a Maltese lady’s ‘faldetta’ (shawl or hooded cloak) without the need for folding.

This example was on the market for the first time in over 150 years and telephone bidders battled with tenacious online bidders to the final hammer price. Thomas Jenner-Fust, auctioneer, commented “Yet again Chorley’s has shown that rare and ‘fresh to the market’ items can produce outstanding results. We actively pursued interest from Maltese buyers and with eight phone lines booked on the day it clearly worked.”