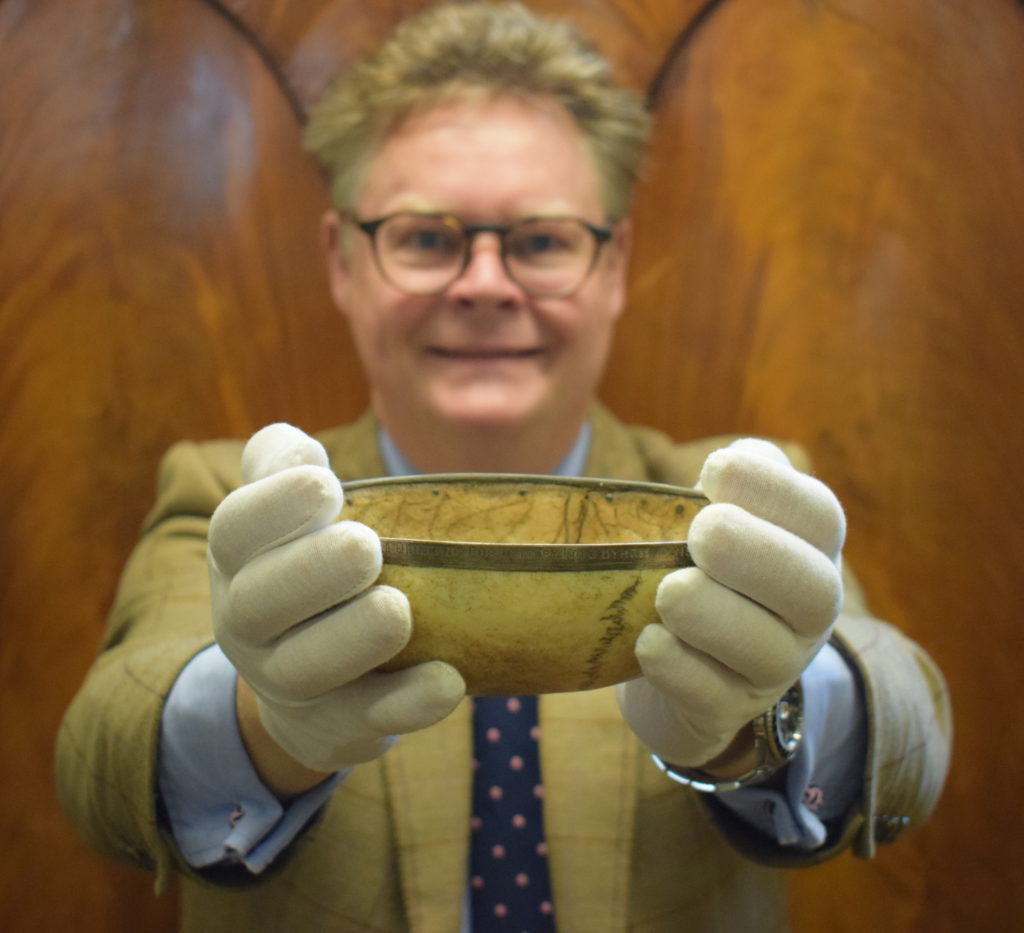 The top part of a human skull that may have been used as drinking vessel by the poet Lord Byron is one of the more unusual lots going under the hammer at a Dorset auction house.

This skull was noted by Byron as an unusually large size. The skull cup going under the Charterhouse hammer in Sherborne is of a more modest size, measuring 16.5 cm wide. However, it was known Lord Byron displayed several skulls, no doubt discovered in the grounds of Newstead Abbey, in his study.

“As one of the greatest British poets, a peers, a politician and a leading figure in the Romantic Movement Lord Byron needs little introduction.” Commented auctioneer Richard Bromell. “Anything with an association or connection to Lord Byron is of great interest to collectors, even if it is part of a human skull.” 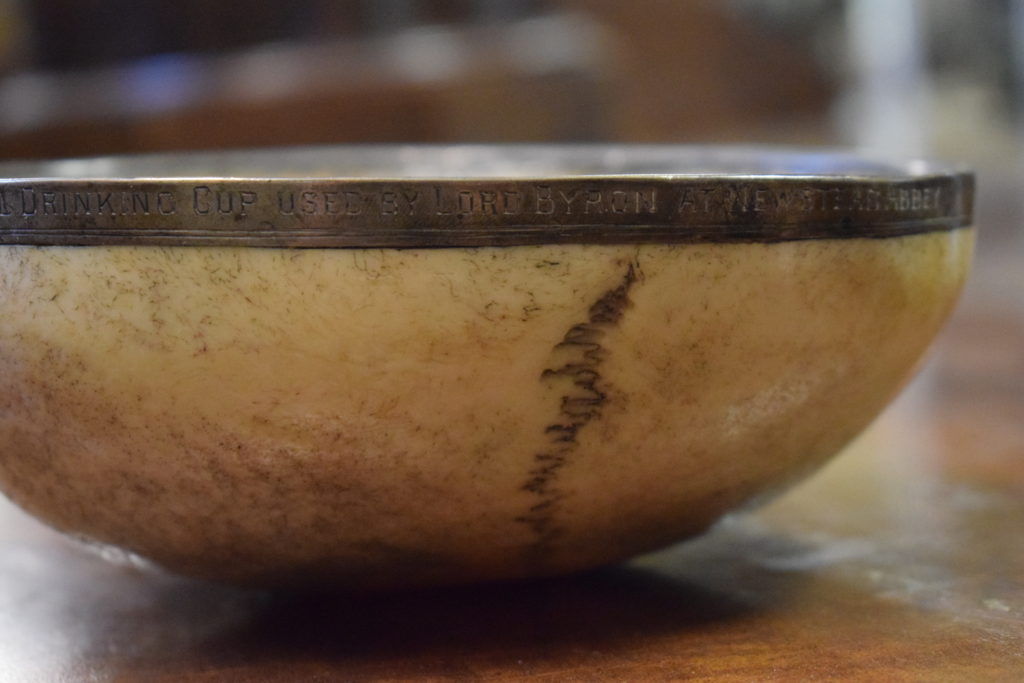 However, Lord Byron died in 1824 aged 36 years old, and the engraving to the skull cup appears to be of a later date, probably towards the end of the 19th century. Richard said, “Although I am not a leading expert in skulls, I think you have to take this at face value and either believe the inscription of not. For me, I think the legend on the cup does hold some water and estimate it at £500-1,000.”

The skull cup is part of the Charterhouse two day auction of pictures, books, sporting items and antiques on October 19 and 20, with the cup being sold on the Friday for the anonymous collector who lives in Devon.