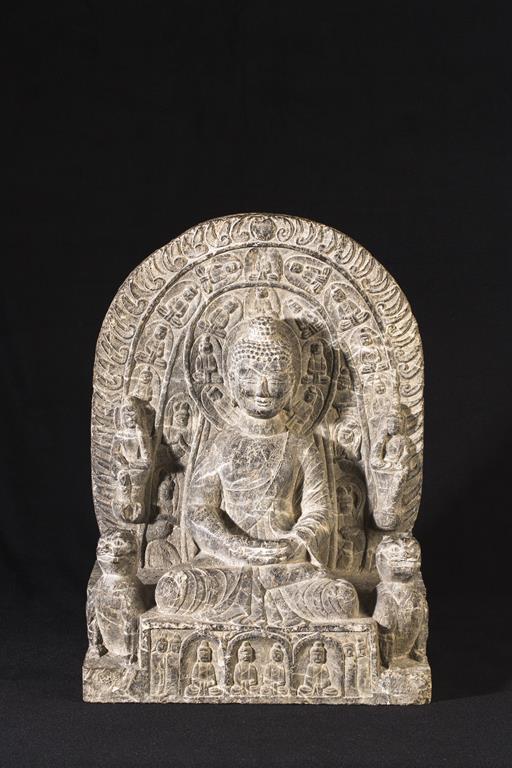 Dorset auction house Duke’s is to sell the Roger Moss Collection of Important Chinese sculpture as part of its specialist Asian Art Auction next month.

A highlight of the sale will be a stone Buddhist triad group from the Northern Wei Dynasty (AD 386-534). The small statue, standing just 45cm tall, has a carving of Buddha in the centre of the piece with two bodhisattvas and a pair of seated lions either side.

Roger Moss began his career as a chartered accountant and eventually took on a variety of roles in high finance, such as Finance Director for British Airways and International Advisor to Goldman Sachs. Throughout his career he indulged his passion for Chinese sculpture and works of art, particularly during a period as Finance Director for the Mass Transit Railway Corporatio based in Hong Kong, bringing an academic approach to his collecting activities. The noted scholar of Chinese art, Ann Paludan once wrote on a note, “I often think of your extraordinary, wonderful and unique collection.” Moss was also President of the Oriental Ceramic Society in Hong Kong.