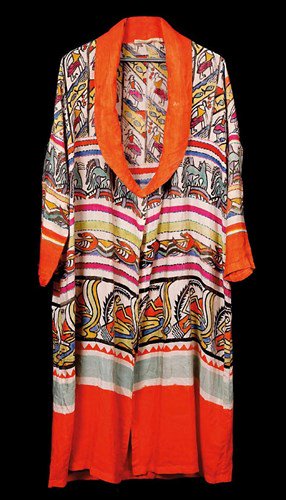 A striking piece of British avant-garde fashion, made in the run-up to the First World War, has sold for £29,000 – eight times its estimate at Oxfordshire saleroom, Mallams. 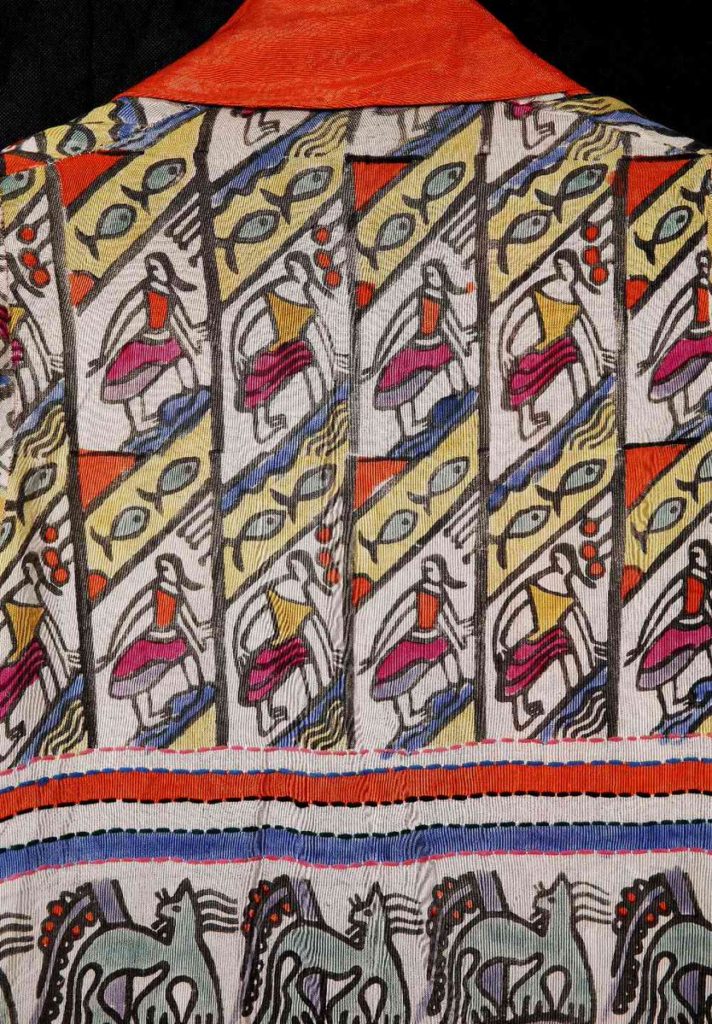 Designed by the artist Percy Wyndham Lewis c. 1912-1914, theembroidered and block-printed silk robe is an example of a small group of daring textile designs created by Lewis.

Mallams’ specialist Philip Smith described the robe as “a museum piece”. Five phone bidders competed against a bidder in the room and internet interest until a late bidding battle between a museum and leading dealers in decorative arts. The item is now set to remain in Britain.

The full-length gown, consigned from the north of England, combines bold colours with bands of stylised foxes, swans, fish and kneeling figures. It was made during a period of extraordinary creativity for Lewis – the years when he developed the style of geometric abstraction, a blend of Cubism and the Italian Futurism, which his friend Ezra Pound dubbed Vorticism.

It is possible this robe was among the influential textiles produced by the Bloomsbury Group’s Omega Workshops. However, a similar robe and a printed panel of this design have been attributed to the Rebel Art Centre  – the short-lived workshop set up in 1914 after Lewis and several Omega artists had quarrelled with the Bloomsbury set.

The Vorticist movement broke up the following year, largely as a result of the war. Lewis himself was posted to the western front, serving as a second lieutenant in the Royal Artillery. He became an official war artist after the Third Battle of Ypres