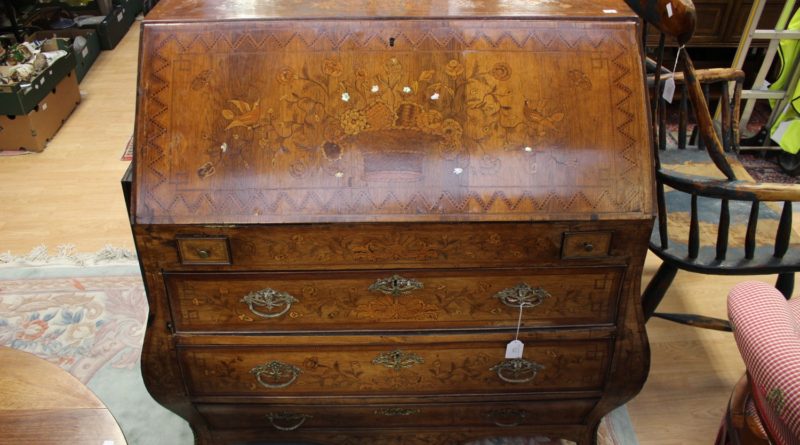 Brown antique furniture is back in vogue, according to a Derbyshire auction house which saw a “surge in demand” at its recent Antiques and Collectors sale.

Hanson’s Auctioneers said that a number of traditional antique furniture lots climbed above their estimates after strong bidding.

Highlights from the sale included several items from the contents of Luddington Manor, near Stratford-upon-Avon in Warwickshire, which sparked some of the fiercest bidding.

One example was a Georgian oak food or livery cupboard, which climbed above its estimate of £600 to £900 to sell eventually for £2,000.

Other lots that also performed well were:

Commenting on the sale, Edward Rycroft, head of the furniture department at Hanson’s, said, “I noted a surge in interest in more average pieces of furniture, suggesting a revival in popularity is under way. The furniture auction, day three of the January sale (Jan 20), saw an 87% sale rate.”

He continued, “Such a strong sale demonstrates the re-emergence of the brown furniture market.  The vernacular and country oak furniture in this sale achieved great interest, more so than other types of furniture in other timbers, perhaps indicating an exciting renaissance for traditional oak furniture.

“Smaller, more original furniture was popular and bidders were keen to buy quality. I was delighted with the results and hope it marks the start of a revival in the appreciation of high quality, antique furniture.”

2 thoughts on “Brown antique furniture back in vogue”