Antique diamonds were in demand in time for Valentine’s Day at Shropshire auction house Trevanion and Dean’s recent sale, with the top selling lot in the jewellery section an art deco diamond ring, circa 1925, which sold for £2,400.

Auctioneer Christina Trevanion commented, “The setting on this particular piece was exquisite. Typical of its era with its bold, geometric design, pieces from this era are instantly recognisable and still incredibly sought after, even 100 years following their manufacture.”

Other items that sold well in the sale included: 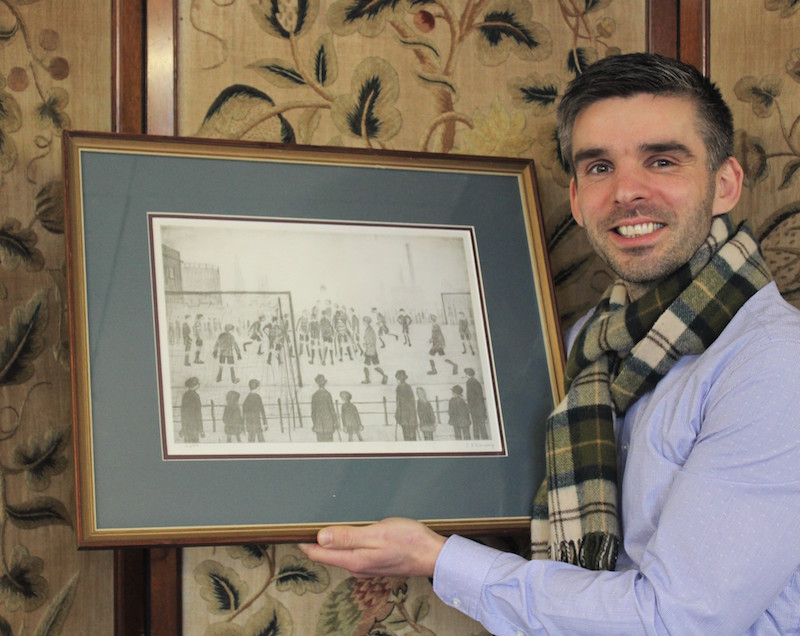 Two signed prints by LS Lowry, entitled The Football Match and The Circular Library, St Peters Square, Manchester. The lot sold for £3,100. Partner at the auctioneers Aaron Dean said, “The Football Match in particular, is the ultimate work for passionate connoisseurs of Lowry’s work and football.

The large format, panoramic, birds-eye composite view of Lowry’s own landscape perfectly captures the spirit and drama of a town gripped by the excitement of the Saturday football match. And if you can’t afford the original (which sold for £5.6 million pounds in 2011) then a print signed by the artist himself, is the perfect consolation prize.”

A tiny enamelled zarf cup. The enamelled tiny cup, standing at only 5.5cm in height would have originally been used for taking Turkish coffee in the late 19th century.

“The quality of the enamelling on this piece was breath-taking,” explained Christina. “It would have been a phenomenally expensive piece to purchase in its day, it even had a musical movement to ensure that you were serenaded when slurping away! 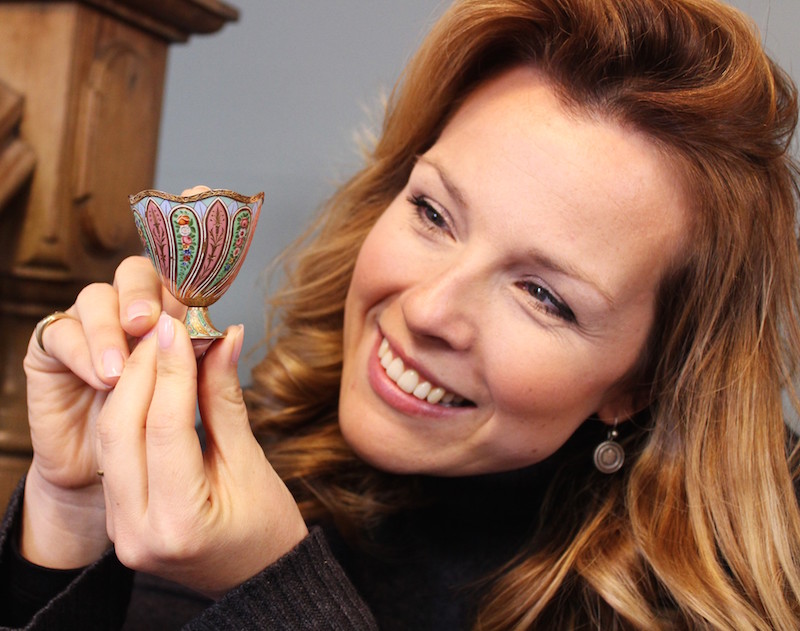 It had had a tough life, the enamelling was damaged and the movement was no longer working, sadly, which is why I was modest in my expectations at £200-£300.”

Clearly, bidders didn’t seem to mind the damage and it quickly eclipsed her estimate before selling online for £1,000. Christina added, “We are noticing a huge demand in the auction room at the moment for enamelled works of art. We saw buoyant prices in 2017 for these pieces in particular and this is clearly continuing throughout 2018.”

“We saw a resurgence in demand for furniture throughout 2017,” commented Aaron Dean. “And we are delighted to report that this is continuing this year.”

The auction’s furniture section was boosted by the contents of a large country house the auctioneers have been instructed to disperse. “There was so much at the house we have had to spread the contents over two auctions, so there will be much, much more to tempt buyers in our next auction, including beautiful country house furniture, pictures, works of art and an impressive book collection too!”