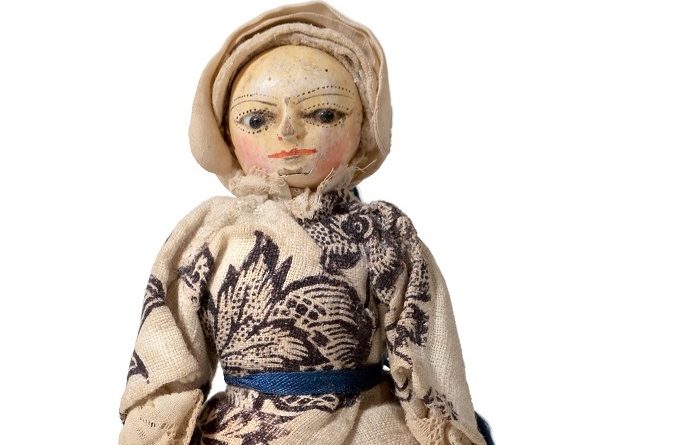 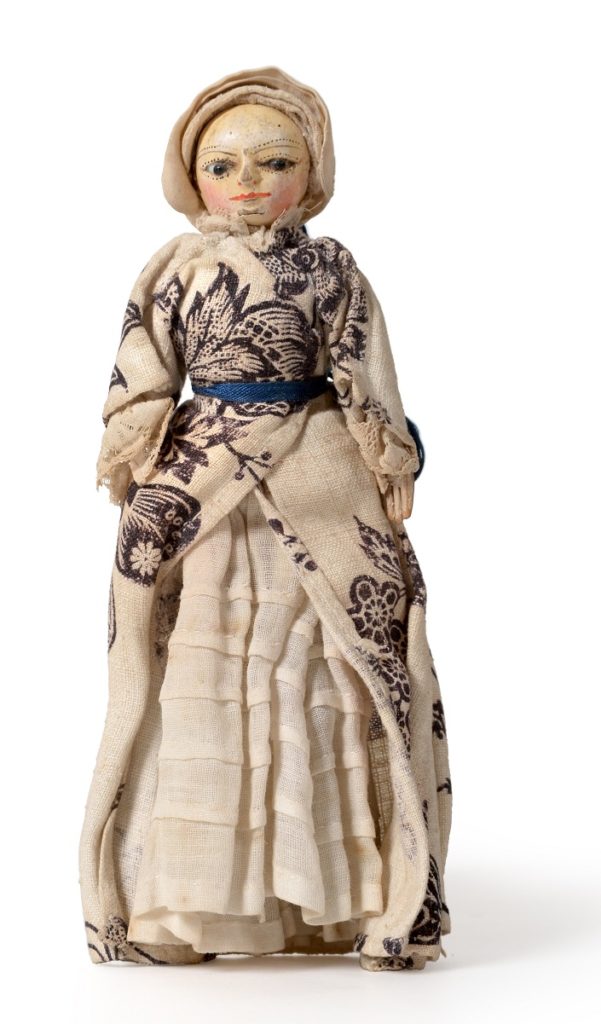 A rare 17th-century doll, carved from wood, has sold for a hammer of £9,500 at Tennants Auctioneers in North Yorkshire.

The 14cm-high doll is made from wood, with painted face, inset glass eyes and wearing a printed cotton dress.

Despite her great age, the doll is in remarkably good condition, with only minor wear and chips on her chin, as well as the loss of a hand. There was lots of interest in the item, with phone bidders and internet buyers soon pushing the price beyond the pre-sale estimate of £400 to £600.

Elsewhere in the sale, two early 20th-century Chinese summer gauze robes sold for £3,300, while a George III needlework sampler sold for £2,300. The sampler was worked by Frances Clark, and was dated 16th December 1819; featuring a scene of Adam and Eve between religious verses, on a naïve but naturalistic scene of a farmyard and houses with a horse, chickens and trees.