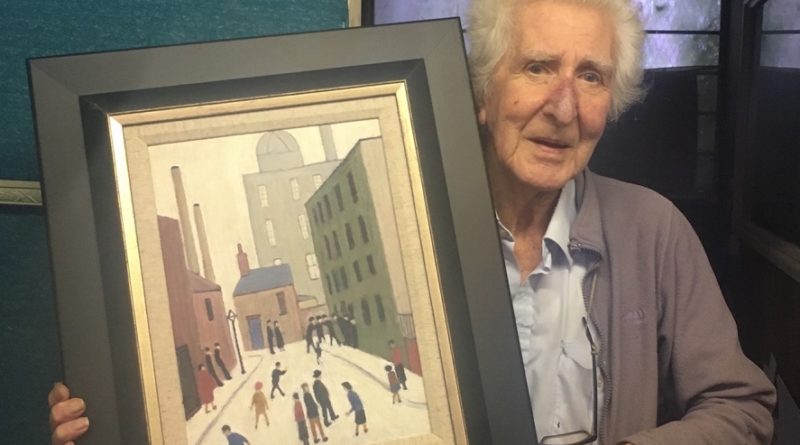 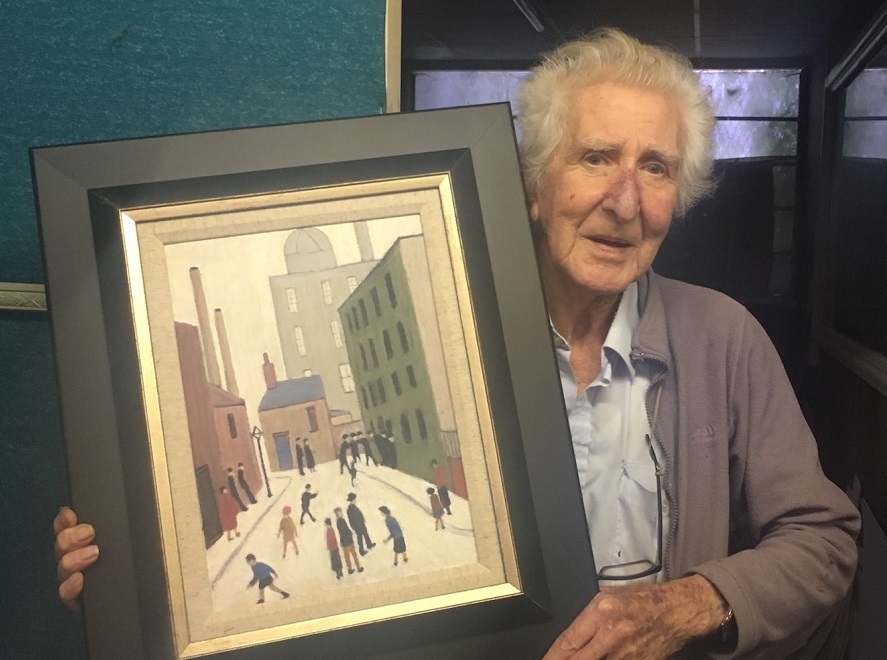 One of Manchester’s most renowned fine art dealers, who was a friend to the painter LS Lowry, is bowing out of the business after more than 60 years.

George Aird, 84, whose clients included many of the city’s leading business and sports figures, is due to close his Grove Leigh Galleries in Cornbrook in August as the site is due for redevelopment. The assets, including the stock of artworks and picture framing equipment, along with George’s collection of classic cars, are being sold by auction house Charterfields.

George started his business from his mother’s house in Hazel Grove, moving to Cornbrook in the late 1950s. He met Lowry at an exhibition at Salford Art Gallery and the artist became a regular visitor to the Airds’ family home in Cheadle almost until his death in 1976. George acted as an agent for Lowry, selling both his originals and limited-edition prints. A skilled artist himself, he also produced his own Lowry ‘tributes’.

“Mr Lowry was quite a rich man by the time he died, but he didn’t have any airs or graces,” George recalls. “When he was painting he used to wipe his hands on his suit. He kept saying he was going to buy a new one, but he never did. His house was a dump – it didn’t have hot water and he had an electric fire with only one bar working – but he was happy with it. I used to take him for lunch and we would talk about pictures and other artists.”

The gallery’s clients ranged from industrialists and financiers to football executives and surgeons. They included bookmaker Selwyn Demmy, who later sold his Lowry collection for £5m in aid of animal welfare, and Manchester United director Michael Edelson.

“The job involved working round the clock,” he recalls. “By day I would be in the gallery, and in the evening out socializing with clients or visiting them in their home. I remember knocking on George Best’s door one night because I had the Lowry original work of The Football Match but George was out and the following morning I sold it to a doctor. The most expensive picture I sold was a £1m Lowry. The man who bought it lay down flat on the floor afterwards as he told me it had cost more than his house. However, in later years he sold it on for a lot more!

“I have lots of happy memories. I have had a fabulous career and one of the best things about it has been the fascinating people I have met and the many friends I have made along the way.”

The stock includes many of George’s own Lowry ‘tributes’ and original artwork by his late son, the contemporary artist Philippe Aird.

Gary Harper of Charterfields says: “George is a legendary figure. He was the ‘go to’ person for anyone who wanted to invest in fine art and, by encouraging so many business people to invest in original work, he has made a major contribution to the regional arts scene.”

The auction runs online until July 25.