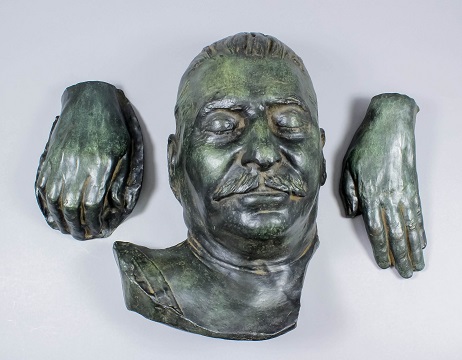 A death mask of the Soviet dictator Joseph Stalin has sold for £13,500 in a Kent auction house.

Created in bronze, the mask was sold along with a cast of the late Russian leader’s hands, and was signed and dated March 1953. 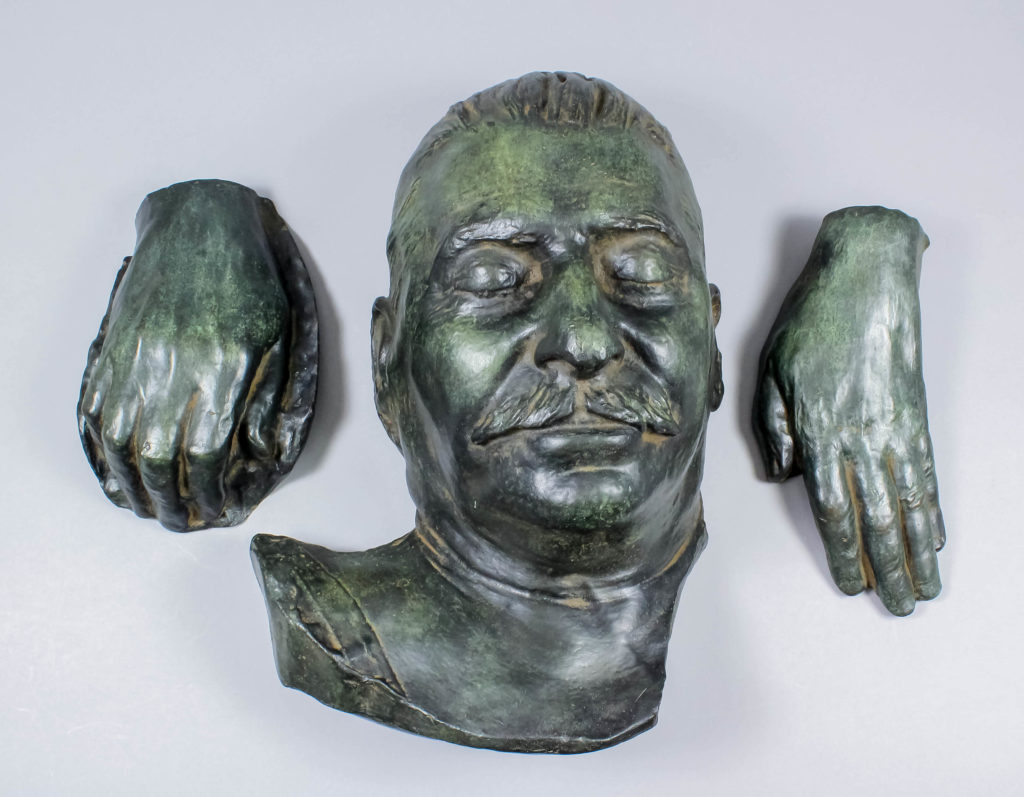 The mask would have been taken from a plaster cast before the body was embalmed. It showed Stalin’s famous bushy moustache and his hair swept back from his forehead.

Staff at Kent fine art auctioneers The Canterbury Auction Galleries were taken aback when a visitor brought the items in to one of their Friday valuation mornings.

“It was a bit of a shock when the owner handed it to me and asked me if it was something we could sell,” said auction house valuer Dan Ponder. “He explained how he had found it among his grandfather’s possessions after he died. His grandfather was in the merchant navy, and he assumed he acquired it on his travels.

The mask, one of what is believed to be 12 taken following the Stalin’s death in 1953, was sold together with casts of his hands, the left withered owing to an injury he sustained aged 12 when he was hit by a horse.

The lots was purchased by a UK telephone bidder who bought it on behalf of an overseas client.

Death masks are true portraits taken to preserve the features of a person after their death, a practice that began in ancient Egypt. They were commonly associated with military and political leaders, artists and composers.

A bronze by the Hampshire sculptor Geoffrey Dashwood (born 1947) of number nine from a limited edition of 12 figures of a Black Grouse, also called a Blackcock, which sold for £3,000. It was purchased by a Surrey collector bidding on the internet. 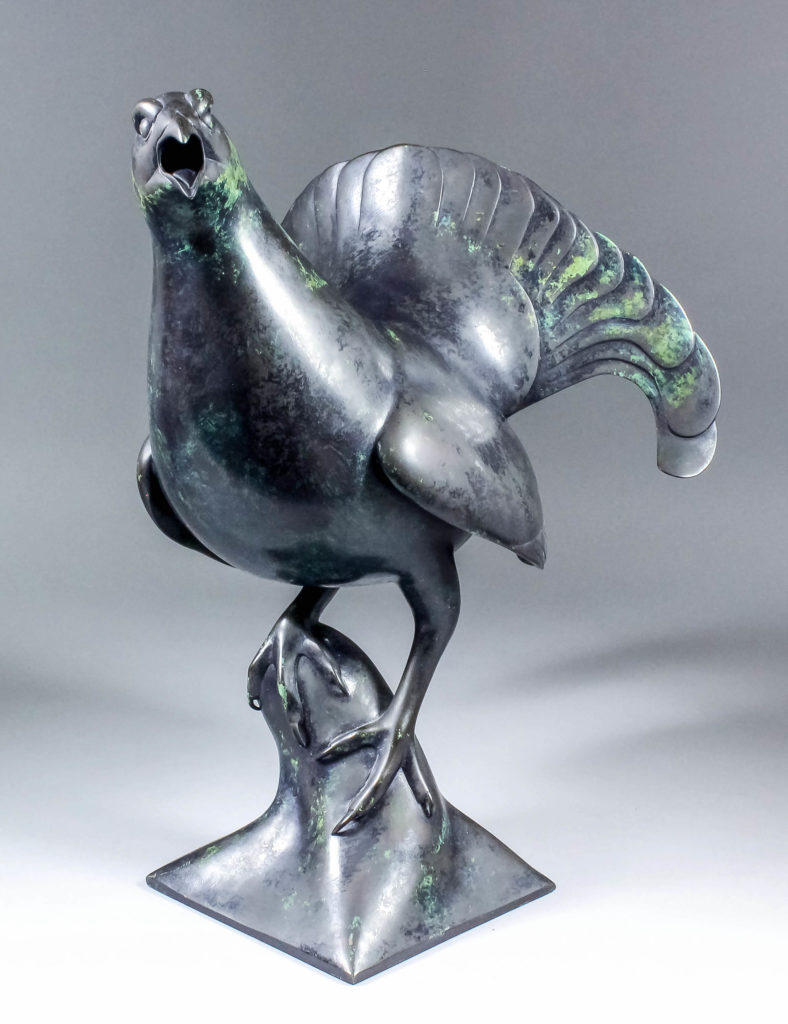 Top price among a select group of jewellery was the £4,000 paid by a London internet bidder for a good 1920s diamond and sapphire octagonal faced “halo” ring, the collet set central old cut diamond of approximately 1.2ct, surrounded by 20 square cut sapphires giving an approximate total weight of 1ct. 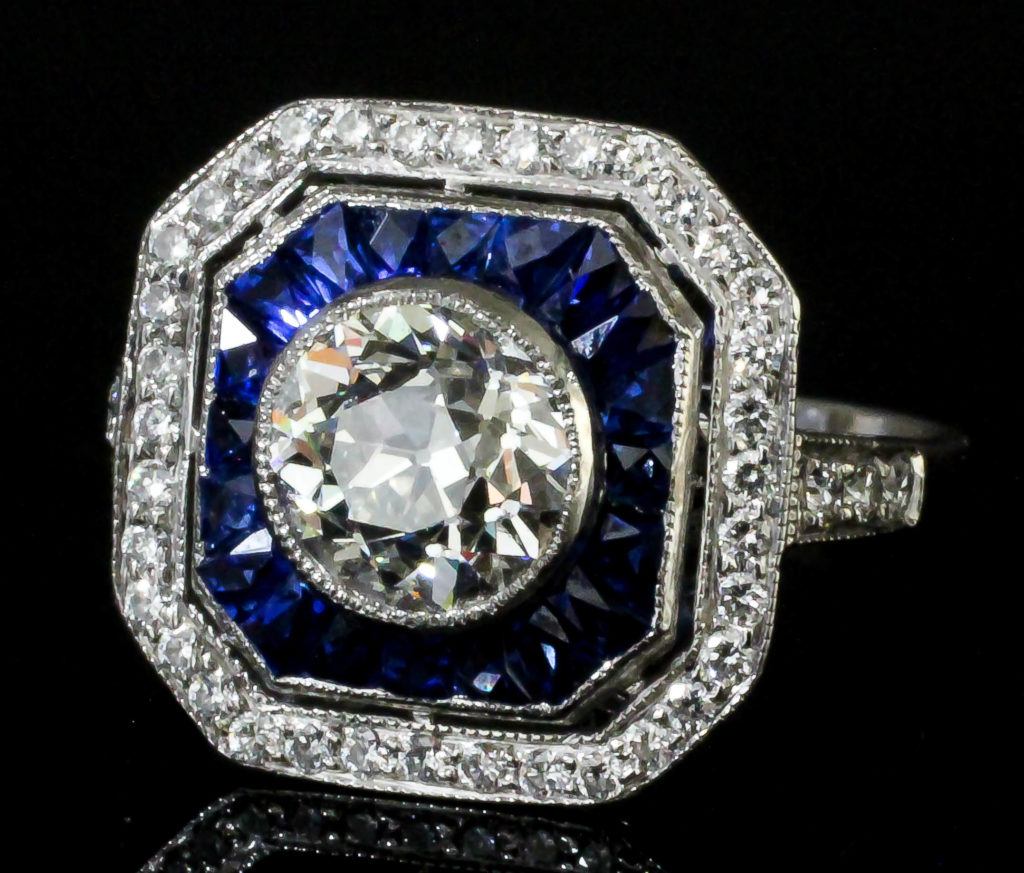 The market in quality classic wristwatches remains strong, the most valuable in this sale proving to be a 1980s Rolex Oyster Perpetual “Datejust” midi size wristwatch in a stainless steel case, which sold for £2,300 against an estimate of £1,000-1,500.